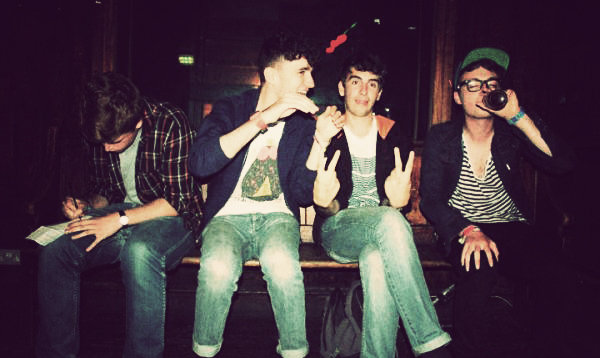 ‘Birds In Berlin’ By VVolves

Ok, no idea how to pronouce today’s bands name, it has a double VV at the begining but that’s were the similarity to VV Brown ends (unless they all have incredibly nice legs!) To confuse matters their debut Ep is called ‘Wolves.’ Soooo,  that’s ‘Wolves‘ By VVolves.  I think it’s a Welsh thing designed to confuse the English, I had enough trouble withY Niwil and now this !  But it’s the music that matters and VVolves debut EP is a frenetic soundclash, mixing electro industrial with infectious hook laden, danceable pop, imagine if you will Daft Punk meets LCD Soundsystem on a sugar rush. Despite not yet being in their 20’s they take on all artistic responsibility for their output, from production to the artwork.  Bethan Eflyn has been tipping  for big things this year, and she’s not wrong,certainly ones to keep on ear out for in 2011.   Thier debut EP will be released on a  10” gatefold vinyl and as download on February 7th.

Sounds Like ? :  Non threatening youthful rebellion with a welsh accent.

0 thoughts on “Songs To Learn And Sing – VVolves – ‘Birds In Berlin.’”