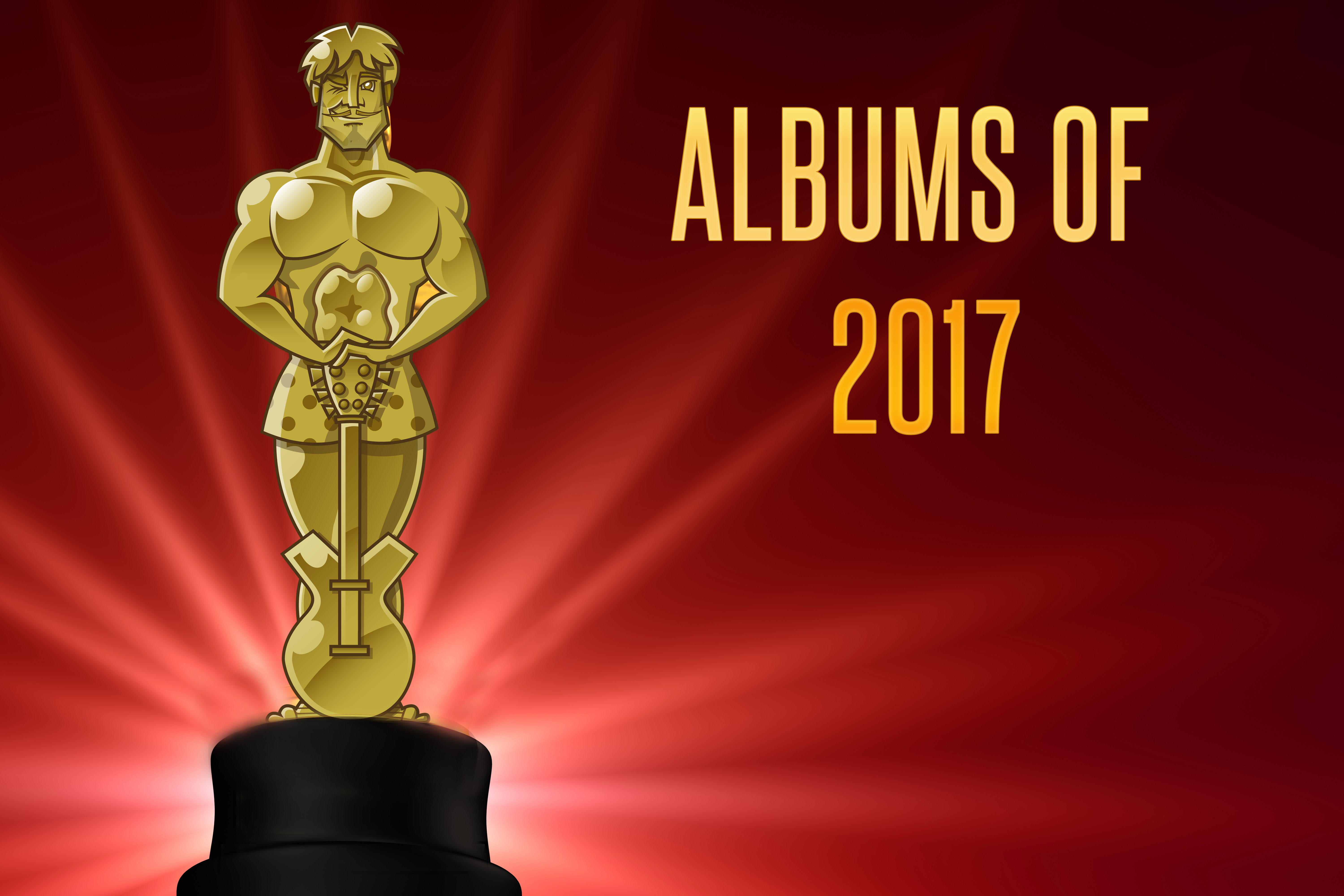 2017 has been a strange 12 months on a personal level, (ok for “strange” read “unremittingly shit.”)  It’s also been a year when I’ve probably listened to fewer albums than any other year. There have been many reasons for this, economical, emotional and the need to zone out from the increasingly shrill, sharp-elbowed online world. As a fan not only of music but also reviews/ interviews and features with a degree of insight,  I’ve also culled the number of music blogs I read.  Gone are blogs who put speed and self-aggrandizing above quality, gone too are those who run their sites like Sports Direct with zero editorial rigour. These are joined by blogs that often read like the ramblings of an incoherent drunk on a bus. Dude, nobody gives two fucking shits about your journey to and from the gig. Then there are the horribly contrived  “controversial ” formulaic click bait opinion pieces which make a Jeremy Clarkson article appear ‘thoughtful’ and ‘well balanced.’

Possibly worse than these are blogs that appear to be all about promoting a personal agenda, reeking with the ambition of a rapacious hobgoblin who will trample all who stand in their path,  rather than the actual music. Good luck with that.  And there are the pre-templated live reviews, (for speed) the ubiquitous “what we learnt from” style articles (essentially bullet points ) and then, in general, there’s the lack of actual critique which seems to be leading us to a place in which everything is oh so very pleasant, but ever so beige. Great article on that HERE

Another reason for my lack of engagement with more albums this year has undoubtedly been technology and the playlist culture.  The ability to stream music, any music, at the click of a button all around your home is indeed remarkable, certainly for somebody who remembers DJ’ing and having to cart around huge boxes of vinyl. Yeah Spotify (other streaming services are available) has definitely changed the way I’ve engaged with music and the choice can often be overwhelming, the easy option is to skip album tracks that don’t immediately grab you, make a playlist and perhaps not engage with tracks that might be considered slow burners.  It’s still open for debate whether streaming will ultimately be a force for good, but fuck me, as a consumer, it’s bloody convenient.

But the albums I have loved, I really have loved, they’ve helped uplift and console me when the dark clouds have gathered. Music isn’t the answer to all of life’s woes but it can on occasion provide a comforting embrace, a refuge and drag us up from our knees and make us once more shake our fist at the clouds. As ever this list ain’t a diversity tick box list or an exercise in authenticating my poetic, esoteric and eclectic tastes, it’s simply the albums that mattered the most this year. That’s it. Simple really. 2017 can basically fuck off, a year of more damage than joy. But things can only get better right?

So here we go, the top 10, with some brief notes, (not reviews) plus embeds of all the albums. So you can tell me how woefully wrong I am :) 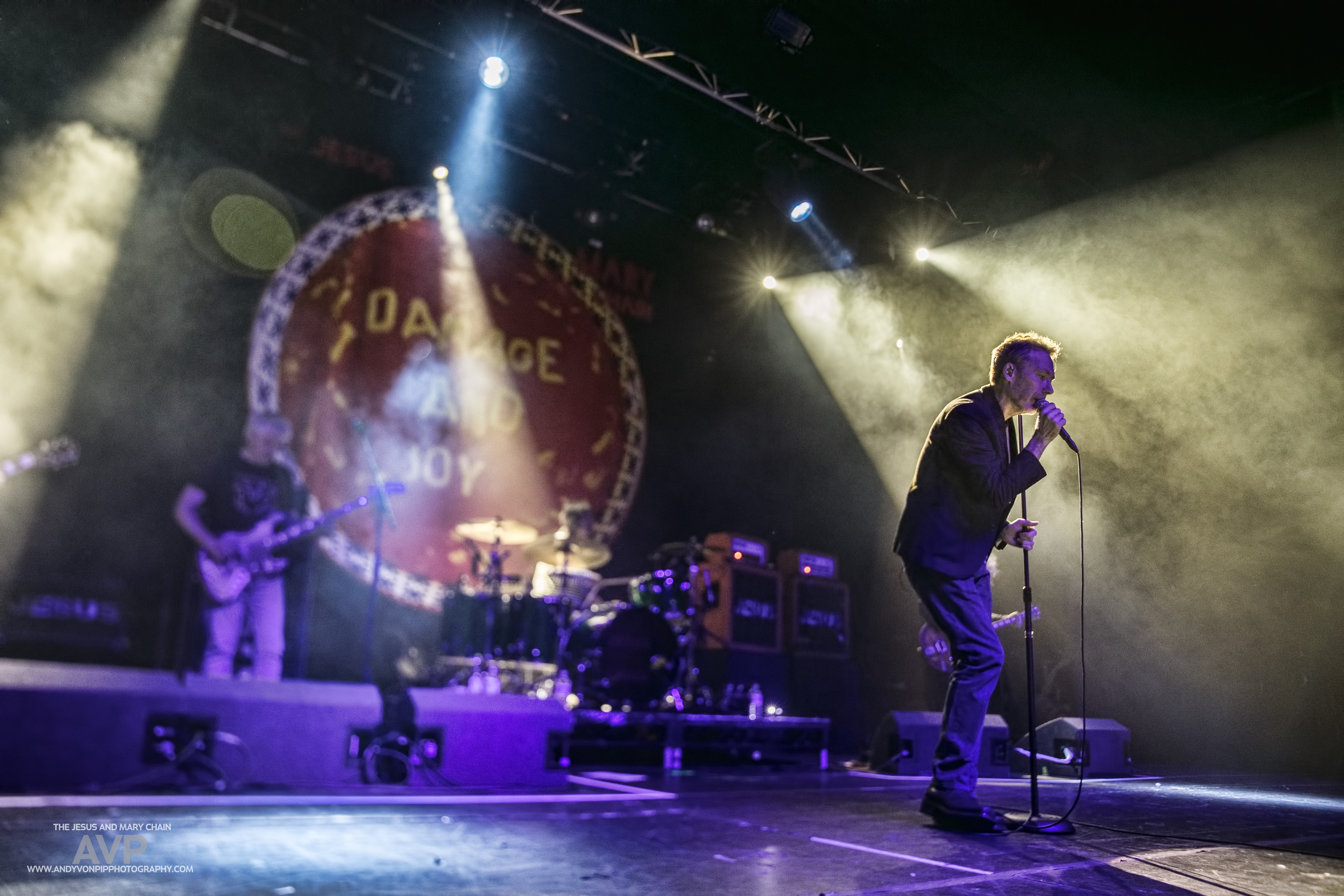 Obvious really, it’s a miracle that the Reid’s are still doing it, and Damage And Joy proves that they’ve still got it – that rock n’ roll still courses through their veins, and that which once drove them apart has now brought them together. For me, the proof of just how good these songs are is apparent when they are performed live. And the Mary Chain are currently on blistering live form with the songs from Damage And Joy seamlessly slotting alongside the bands classic back catalogue. If there’s any criticism it would be that the production robs the songs of some of the ragged glory which is notable when they are performed live. But praise be, the Reids are back and it looks like they’ll be working on another album in the next few years –   read the full review here

An amazing debut from Southampton’s Pale Seas, which was a long time coming, but definitely worth the wait ( 5 years apparently) Stargazing For Beginners is a lovingly crafted collection of shimmering tunes that radiate a dark coruscating beauty. Criminally overlooked in some quarters.

Songs to learn and sing : “Someday,” “Evil Is Always One Step Behind”, “Bodies”

This trio fronted by the charismatic songwriter/poet Jack Jones are a force of nature live and this album does it’s best to capture at least some of the band’s incendiary power.  They have taken indie guitar music and produced songs of depth and beauty, indeed  Jack Jones is the sort of songwriter who can find glitter in the gutter, find hope amongst the shit and detritus that litters the streets and see stars shining in the reflection of the rain-soaked paving stones – Live review HERE

Songs to learn and sing : “Beautiful Pain” “Ketamine” “The Gangway” “You Do Nothing For Me”

4.Wolf Alice – Visions Of A Life 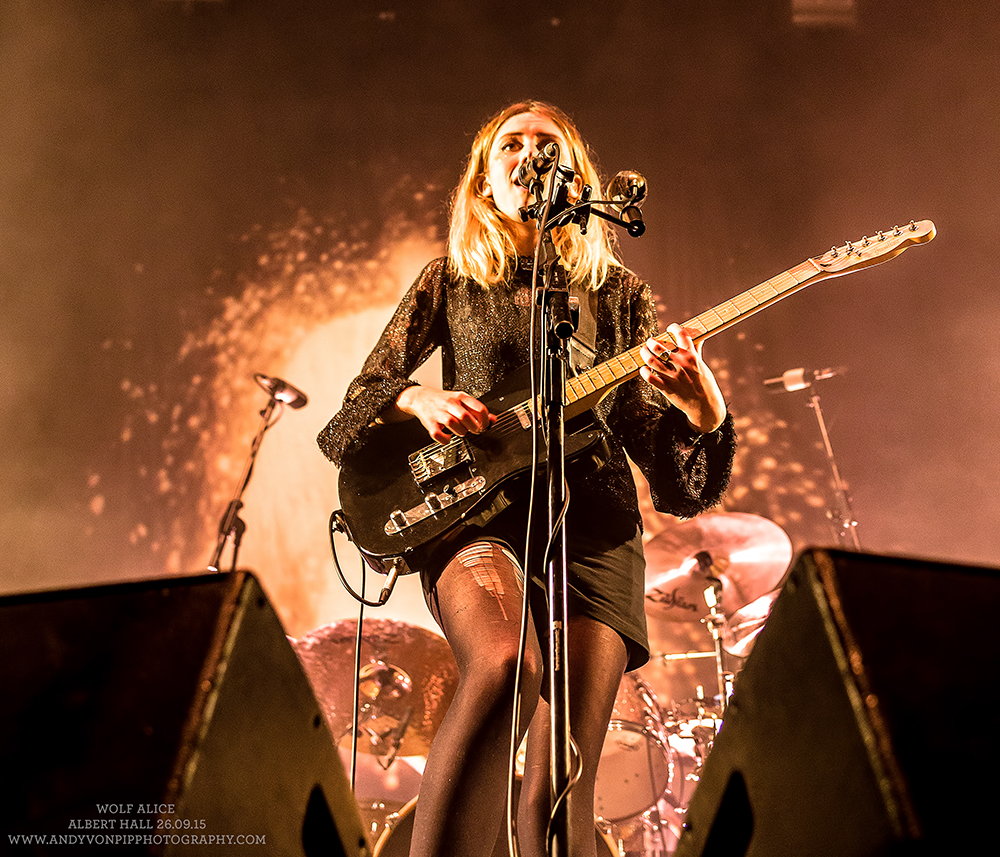 A brave and bold album which sees the band expand their sonic palette.  Given the success of their debut album, it might have been tempting to have replicated that success, or even been guided down a more commercial poppier route. Instead, the band have gone the other way and produced an album much more experimental than their debut. 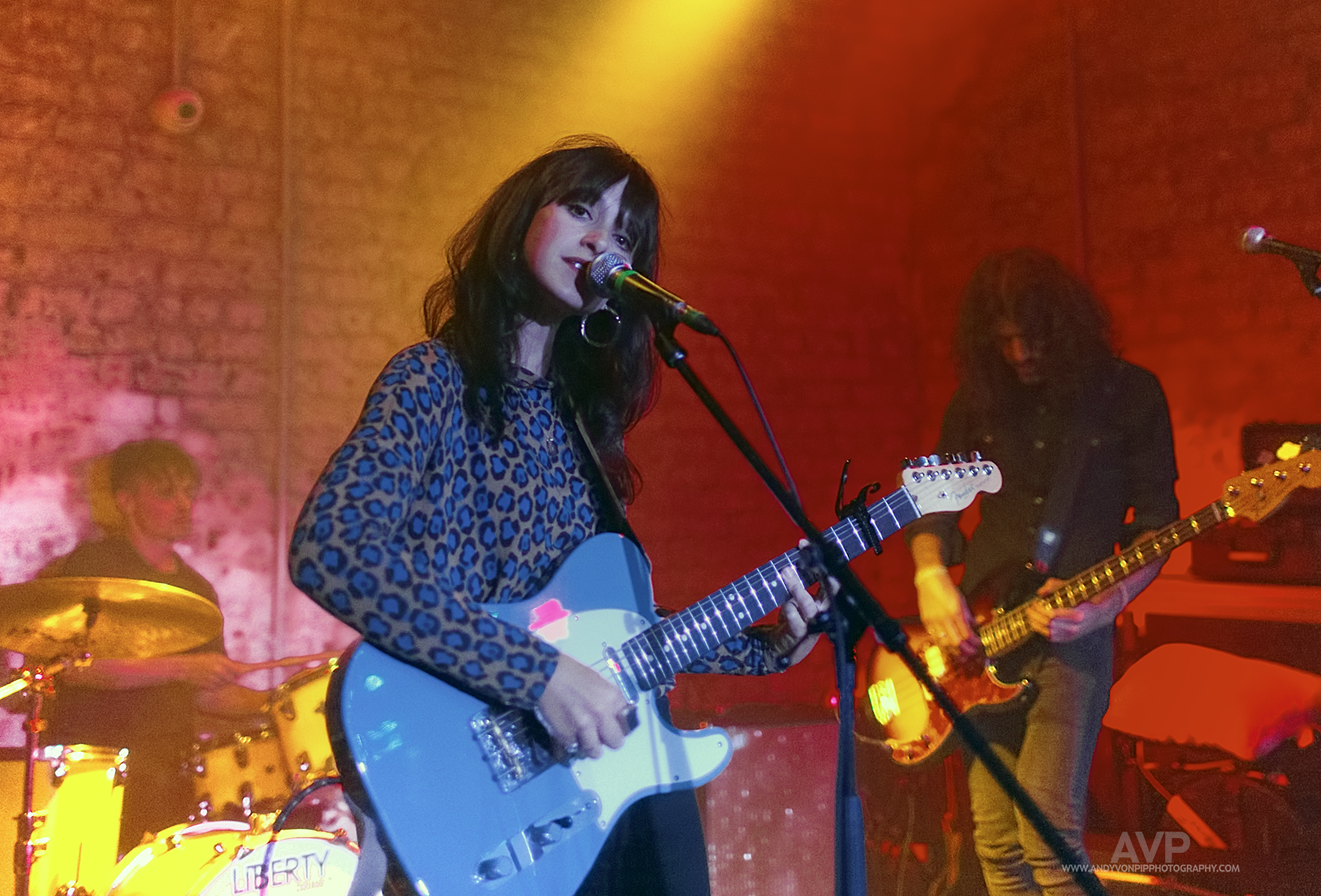 Angry, wistful, powerful and hugely melodic Swedish punks Makthaverskan return with a beautiful third album that mixes distorted jangling guitars with singer Maja Milner’s soaring vocals. They remain the best band a lot of my friends have never heard of. Which really needs to be remedied.

Songs to learn and sing – “Siren” “Comfort” “In Dreams” 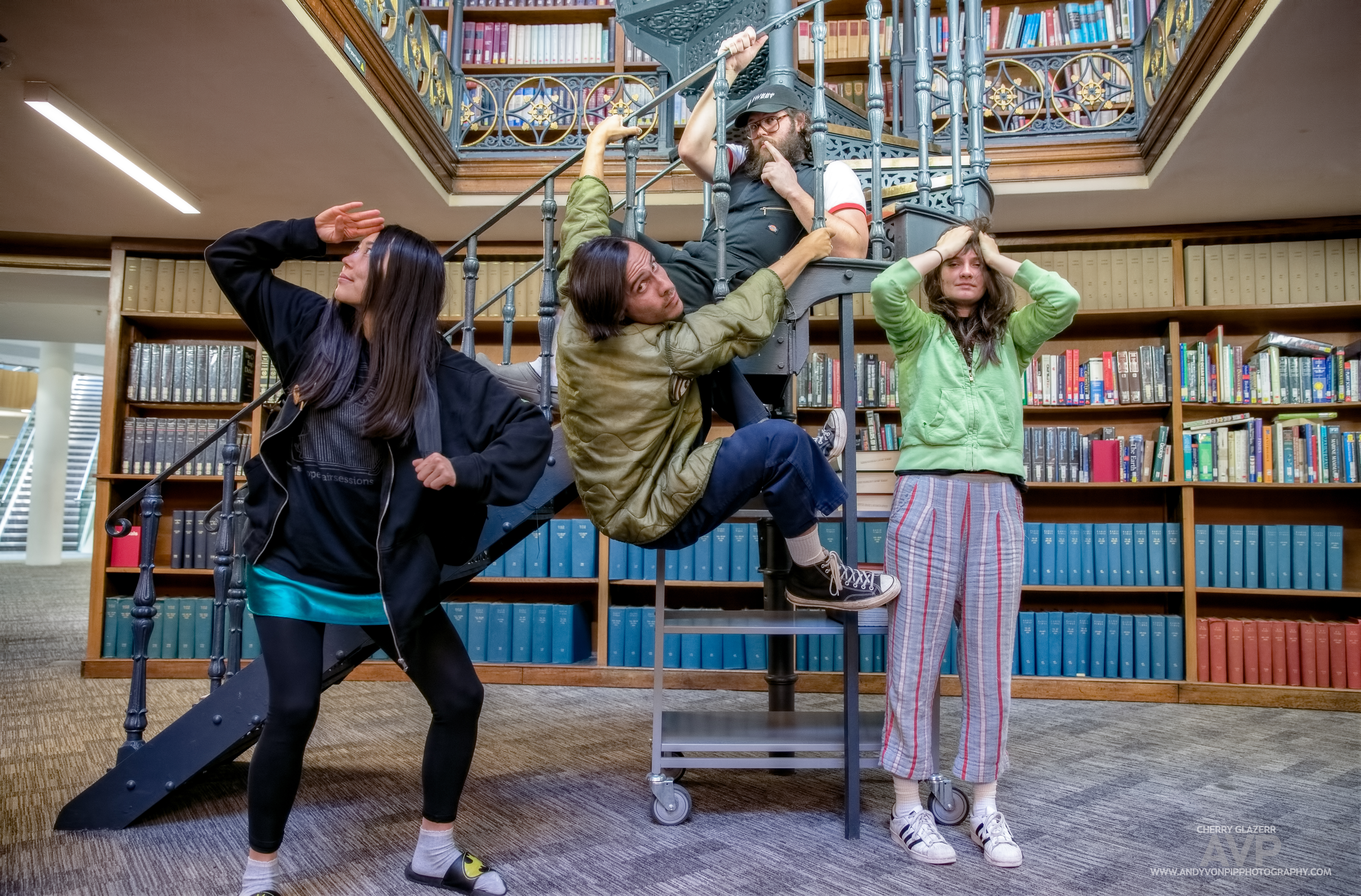 The second album from L.A. quintet, fronted by founding member Clementine Creevy.  The band have had a few lineup changes since recording their hugely enjoyable debut ‘Haxel Princess’  but Apocolipstick takes things to a new level in terms of songwriting, musicianship and production.

Songs To Learn And Sing : “Told You I’d Be With the Guys”, “Nuclear Bomb” “Trash People”

Nadine Shah was quoted as saying she’d rather be “Stevie Wonder political,” than “Billy Bragg-political”; which makes perfect sense when you listen to ‘Holiday Destination’ an album of righteous anger and humanity that addresses some of the biggest issues facing the world, namely the refugee crisis in Europe. It’s done with great empathy and the themes are woven into the fabric of the songs rather than feeling stitched on and thus the listener never feels they are being lectured. This approach rather than the aforementioned Bragg’s in your face style means the messages seep in and as such has  much more lasting power and resonance 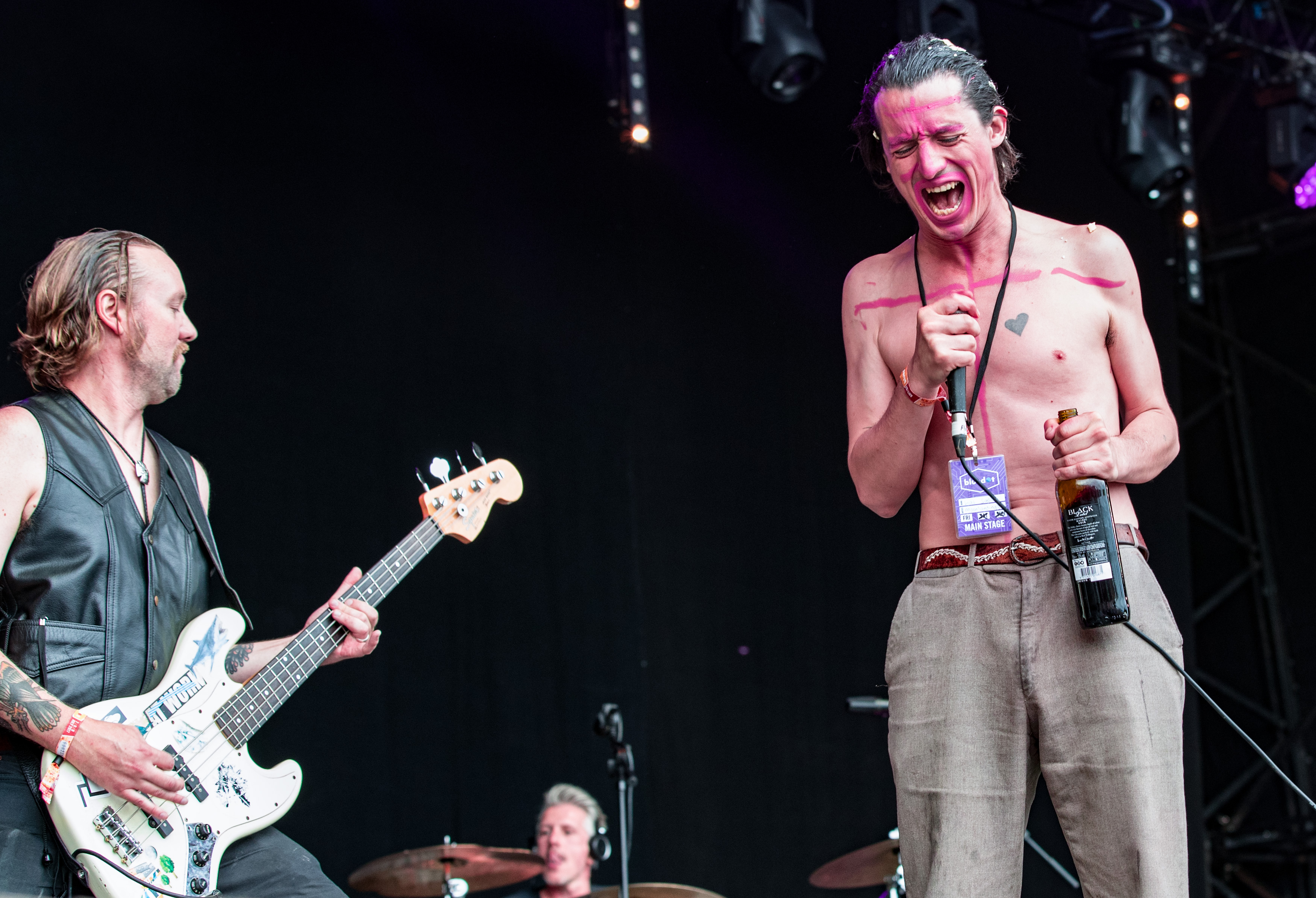 At times the album sounds like early Human League on the speed at a Berlin fetish club, at other times it takes the ludicrous camp of glam rock to previously unforeseen levels of perverted lunacy and yet somehow it manages to get away with it. It’s dark, sleazy, deranged and a whole lot of fun.

Songs To Learn and Sing: “The Strangle Of Anna”  “Sweet Saturn Mine” “Black Hanz” 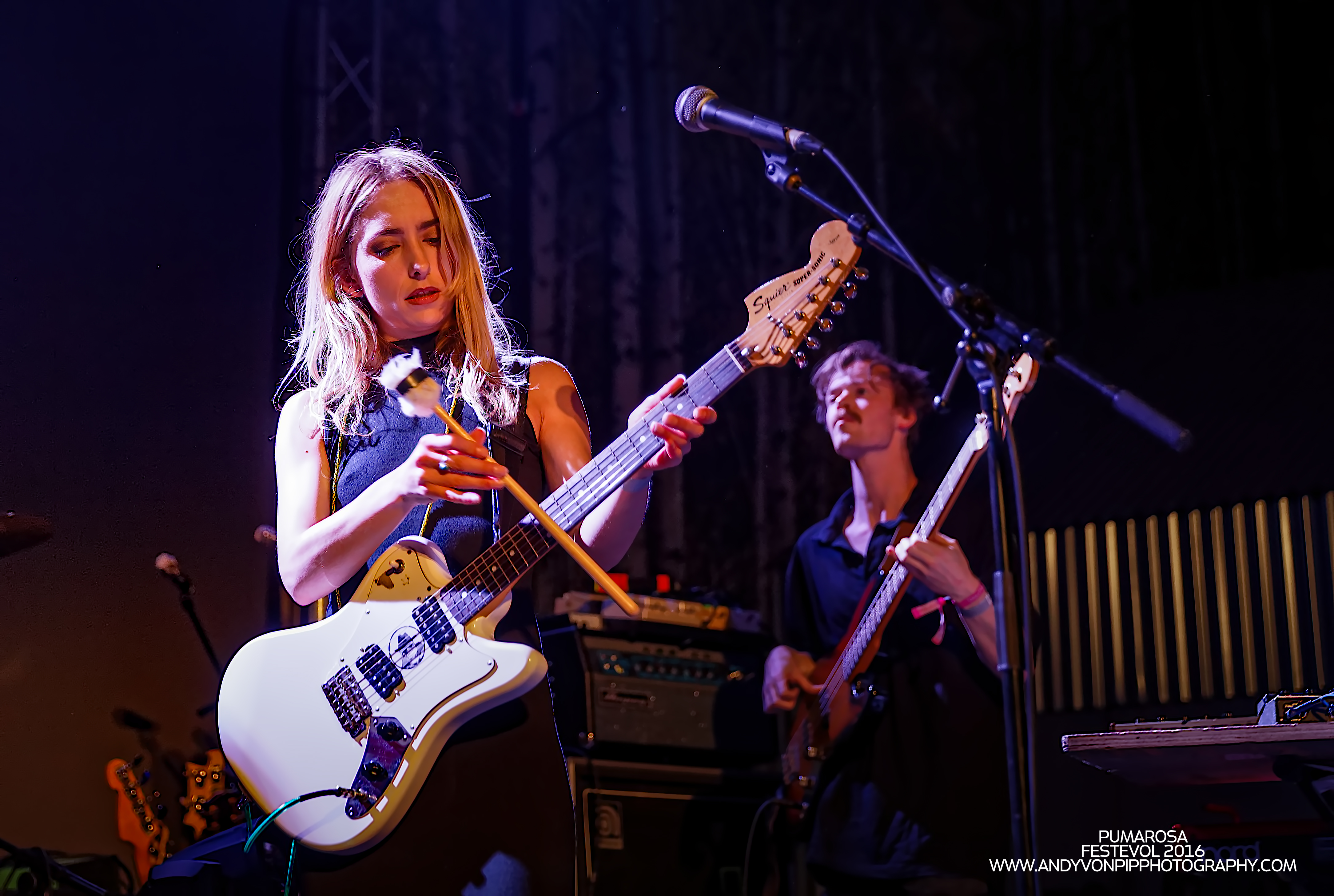 A beguiling mixture of trip-hop, indie, electronica and dance, which in with less skilled hands could sound like a bit of a mess but Pumarosa pull it off with some skill. It’s an album that does benefit from continued plays as the more obvious earworms give way to the slow burners which unveil themselves and are an integral part of the overall hypnotic and seductive feel of the album.