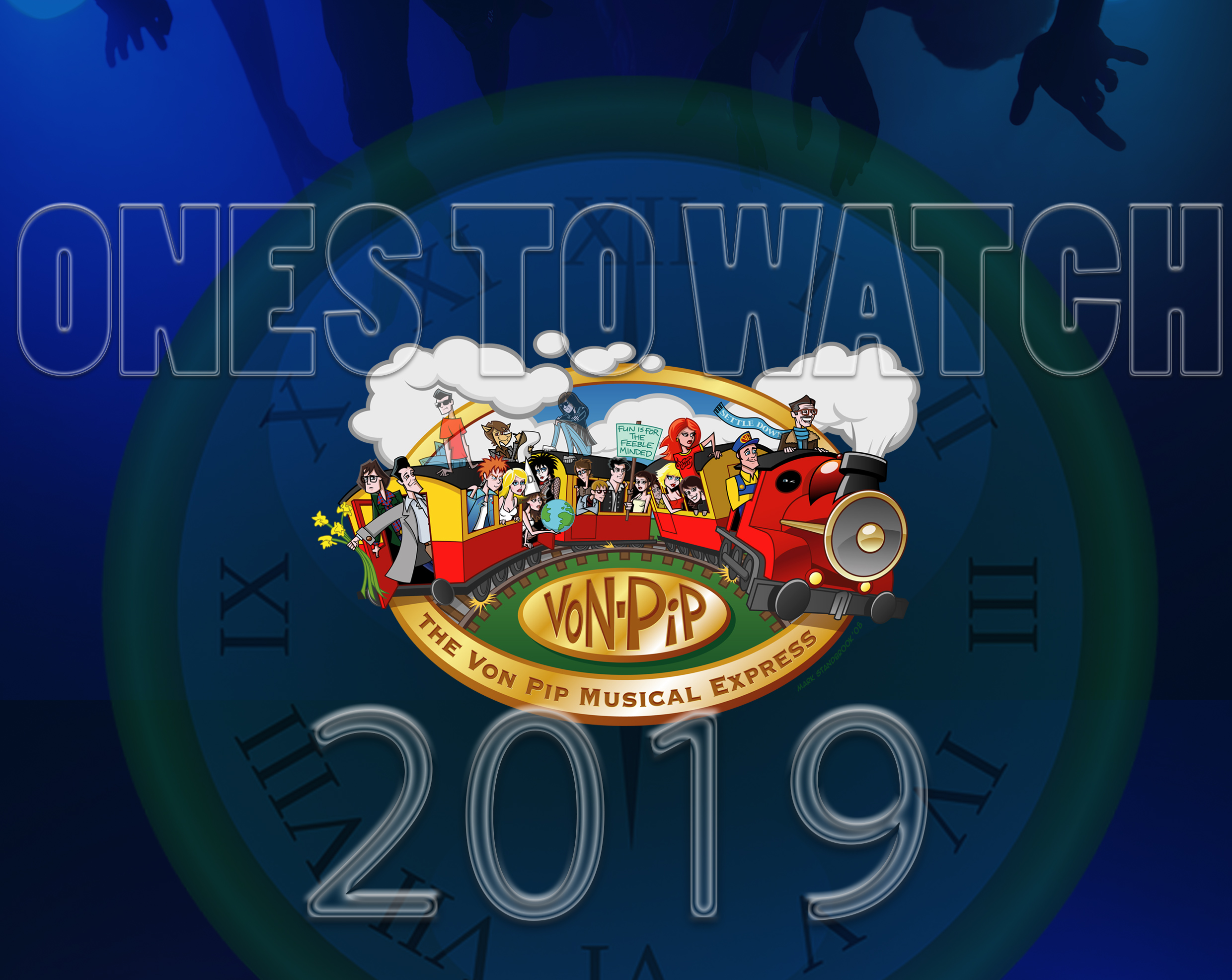 Annual tipping time, it’s the law and a bit of fun to see how we do in the coming year. In the past, we tipped the likes of Wolf Alice, Dream Wife, Halsey, Marina And The Diamonds, Black Honey, Zuzu, PINS, Lana Del Rey, Alt J, Lucy Rose and ahem,  quite a few who never really made it out of the starting gate.  As ever it’s artists we’d love to see do well rather than following the money ie/ the ones who are getting a huge PR push and who generally nowadays seem to increasingly dominate the BBCs Sound Of list. A list which increasingly isn’t my bag at all …  but hey ho, this one is 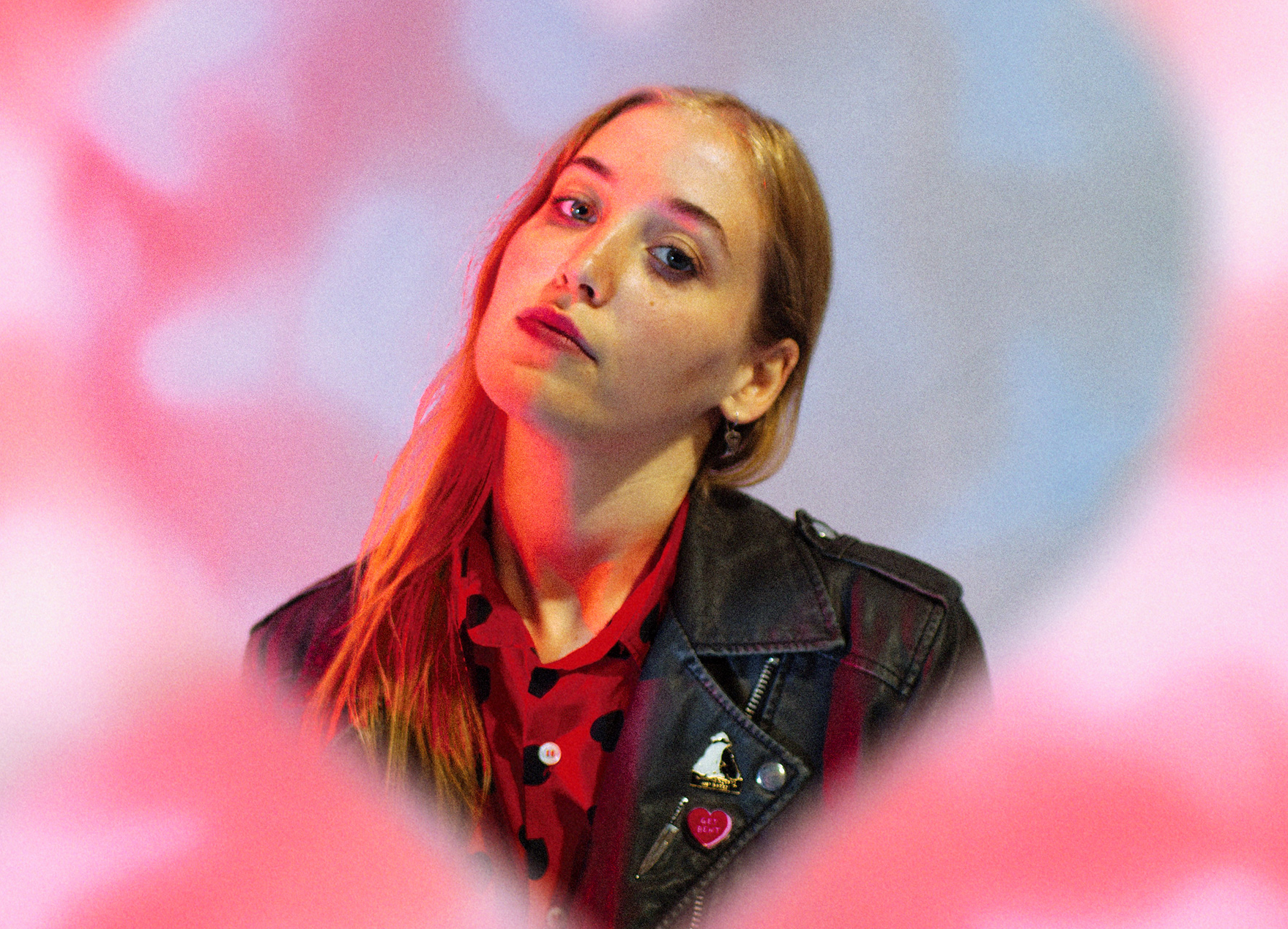 Brisbane based artist Hatchie has been creating some quite beautiful, emotive dream pop over the past 12 months and debut single ‘Try’ and ‘Sure’ were perfect shimmering nuggets brimming with melody and emotion. Her first full EP ‘Sugar & Spice’ was full of glorious celestial pop gems, and the title track alone is a euphoric headrush of heart bursting beauty replete with lustrous fuzzy guitars and a gorgeous wistful vocal. Fans of the Cocteau Twins, The Sundays, Chapterhouse will surely be smitten by her music and hopefully, 2019 will be the year her debut album drops.

2.Declan Welsh and The Decadent West 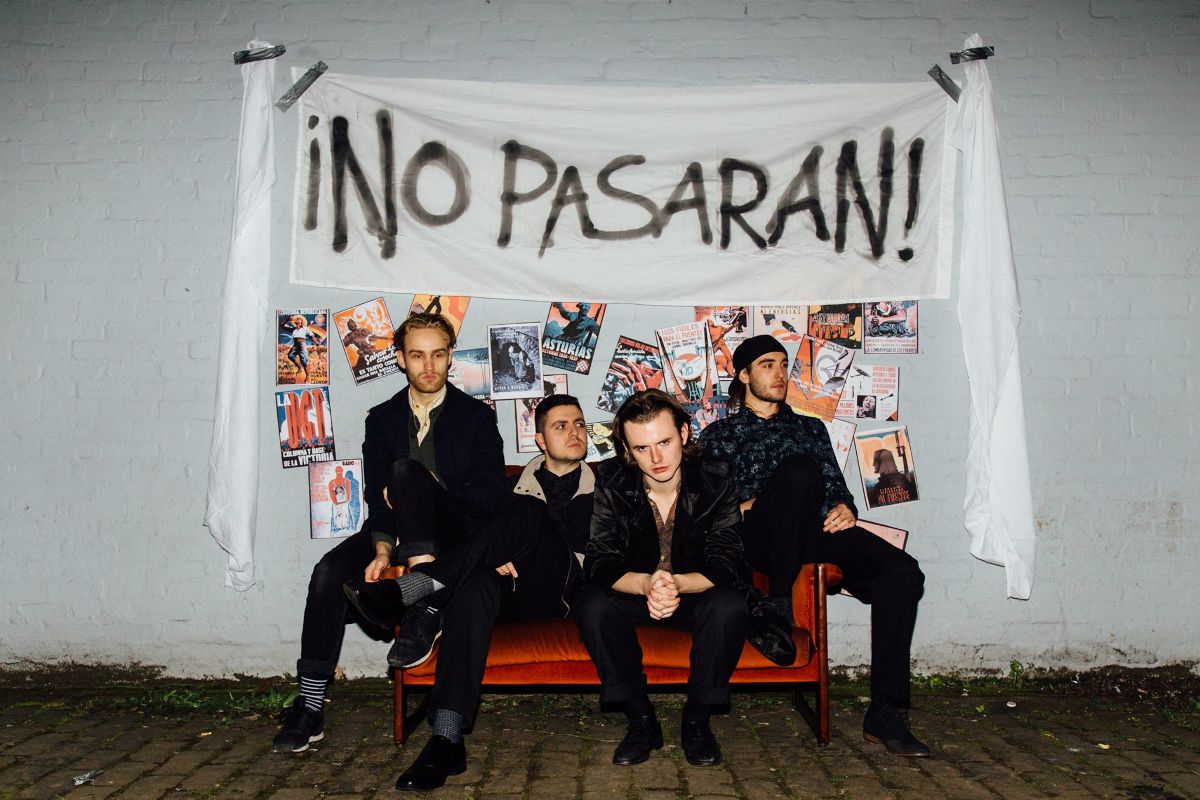 Hailing from the same Scottish new town as my favourite band The Jesus and Mary Chain, East Kilbride’s Declan Welsh and his band the Decadent West caused a stir at the end of 2017 with their video for the brilliant ‘Nazi Boys’. Initially banned by youtube who appeared to suggest the reason was that it ‘incited violence ‘ a frustrated and bemused Declan was quoted at the time saying that Youtube’s decision “defied logic – Whether we want to debate the merits of meeting fascism with physical resistance is really by the by here. We created two minutes and a 20-second long piece of art, with a director whose main aim was to provoke a response. The Nazi Boys video is not an instruction manual or a documentary. It is an artistic provocation.”

And Declan’s music has remained politically charged honest and raw – the band’s debut EP “All My Dreams Are Dull ‘containing the excellent ‘No Parasan’ and ‘Shiny Toys’ dropped in 2018 and was powerful proactive, socially aware music full of poetry and passion. He also released his latest collection of poems ‘If You Like That Sort Of Thing’. This year the debut album is planned and should see the bands star rise further. 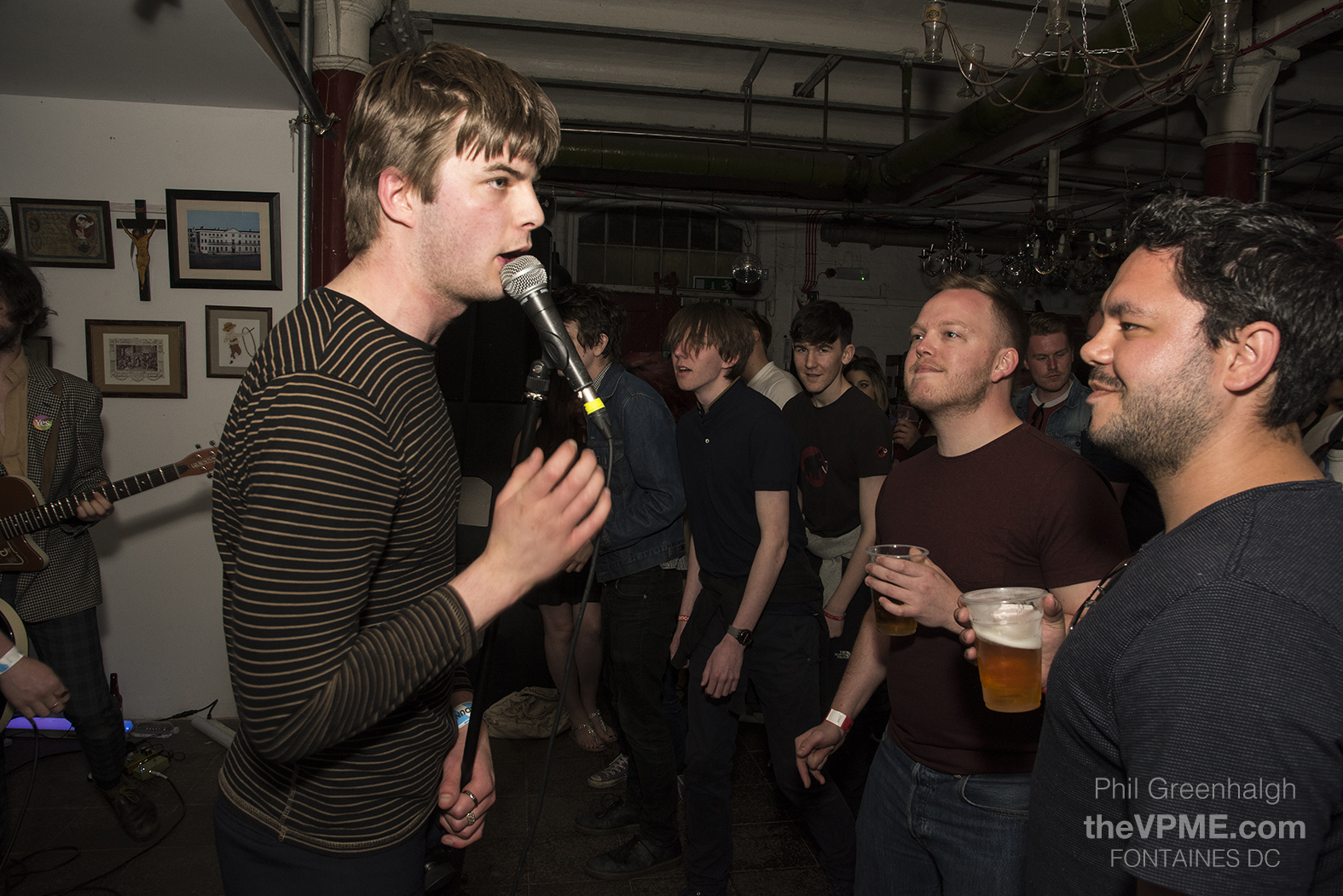 Within Dublin’s Fontaines D.C. music resides the spirit of Shane MacGowan, Joe Strummer and Mark.E.Smith with frontman Grian Chatten delivering lines in his authentic no fucks given Dublin accent with exactly the correct amount of insouciance and rock and roll cool. Despite releasing a number of tracks under the name the Fontaines, before adding the DC, it’s been their mesmerising track ‘ Chequeless Reckless that really seems to have put them on the map this year. 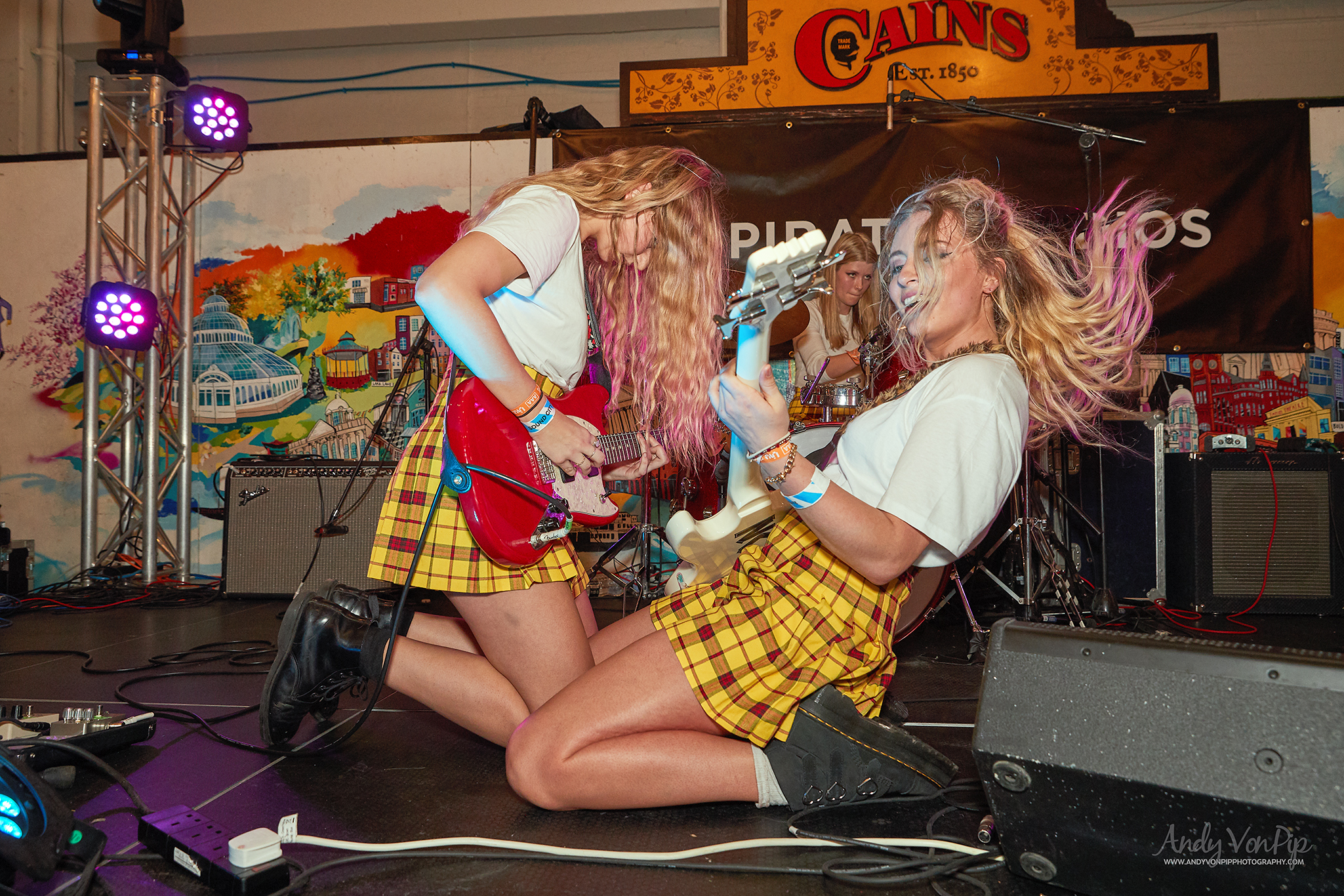 Sophie Lizz and Lauren AKA Hey Charlie have created an image that is deliberately designed to play with people’s expectations – which, when you catch them live are completely obliterated. The band summon up crunching grungy riffs allied to great pop melodies ‘Hey’ sounds like Warpaint fused with L7, ‘Cheer Up Princess’ is a grunge-pop classic and last single ‘Love Machine’ is yet more proof that this trio has an exceptionally bright future ahead. More releases are planned early this year as well as their first headline tour.

Average Sex craft uplifting songs about misery. The London based five-piece combines rousing melodies with caustic wit tempered with an undertone of melancholia. ‘Ugly Strangers’ for example is one of the most euphoric sounding songs you’re likely to hear, yet thematically is essentially is all about life being sh*t’ and using drinking as a means of escape. The band are touring with Tim Burgess in early 2019 who has been so impressed by them he signed them to his Ogenesis label.

6. Jealous Of The Birds 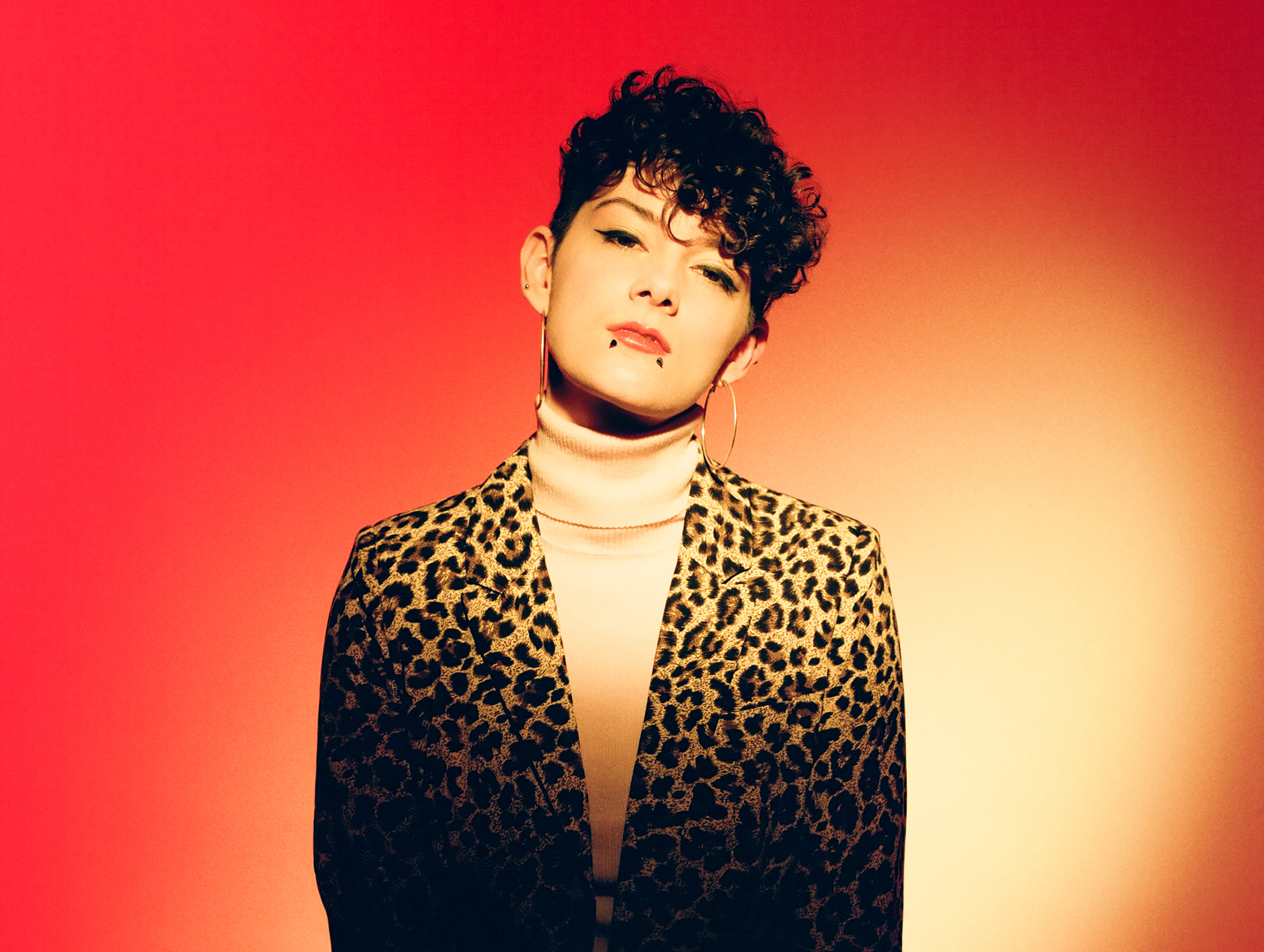 Naomi Hamilton, aka Jealous of the Birds, is Hamilton has a remarkable ability to synthesize words and phrases imbuing them with meaning and profound dark beauty. Her writing is bursting with ingenuity and imagination conjuring images, atmospheres and emotions in a way that a simple linear narrative just wouldn’t be able to deliver. Factor in Hamilton’s ability to craft beautiful, powerful evocative melodies that range from gentle almost folksy ballads to gritty soaring grunge-crunch and you are left in little doubt that here is a hugely gifted songwriter and poet of huge talent. 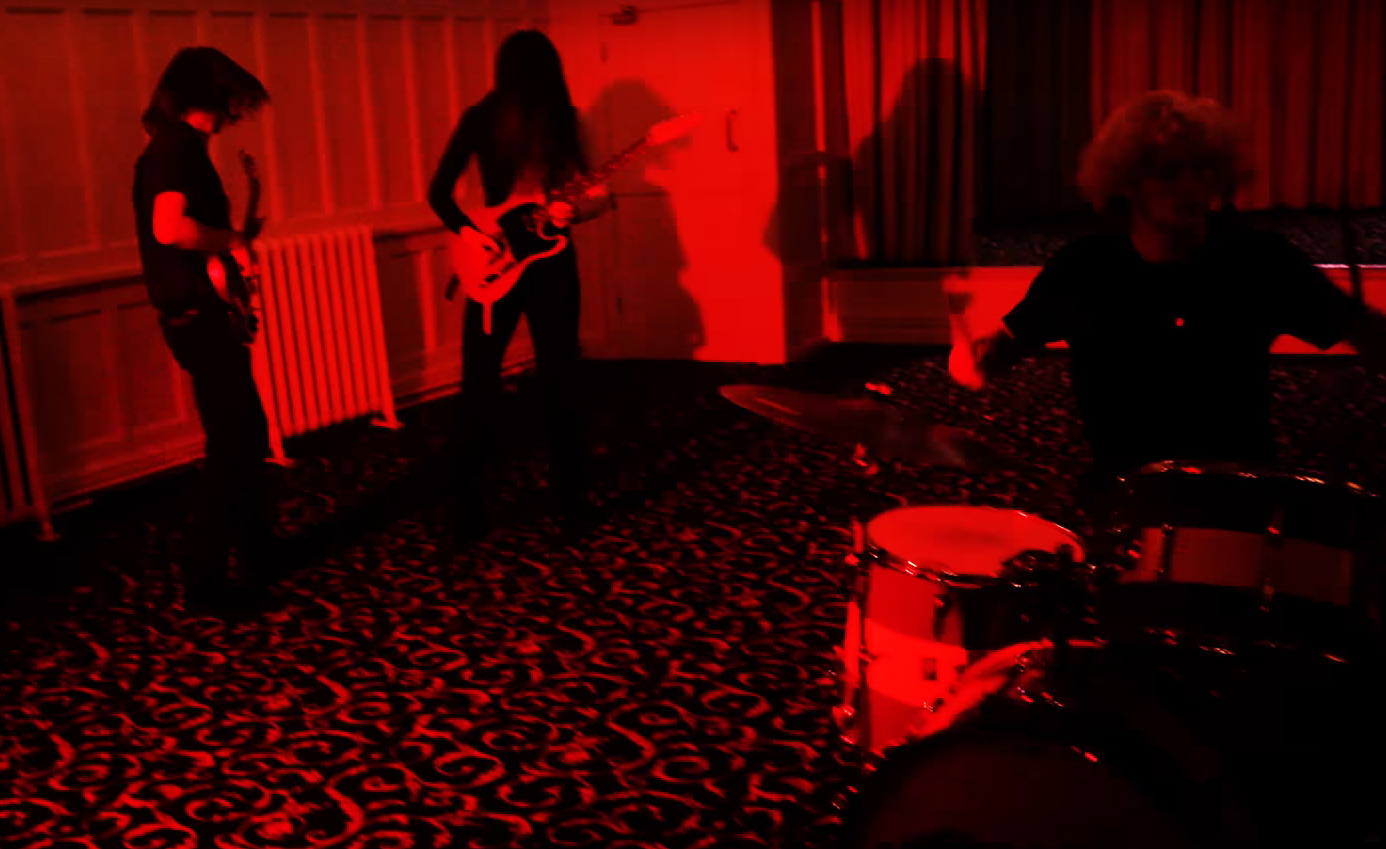 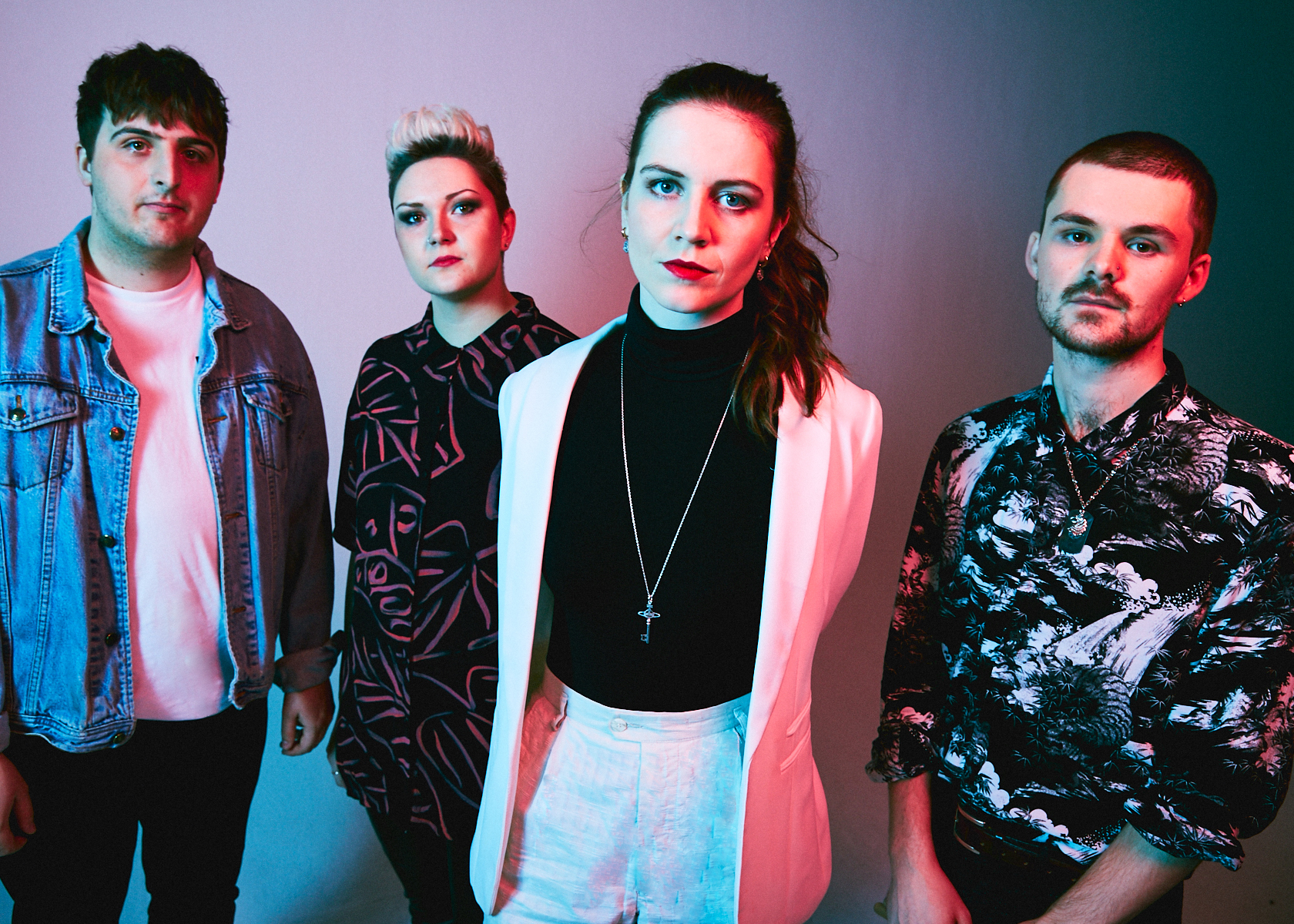 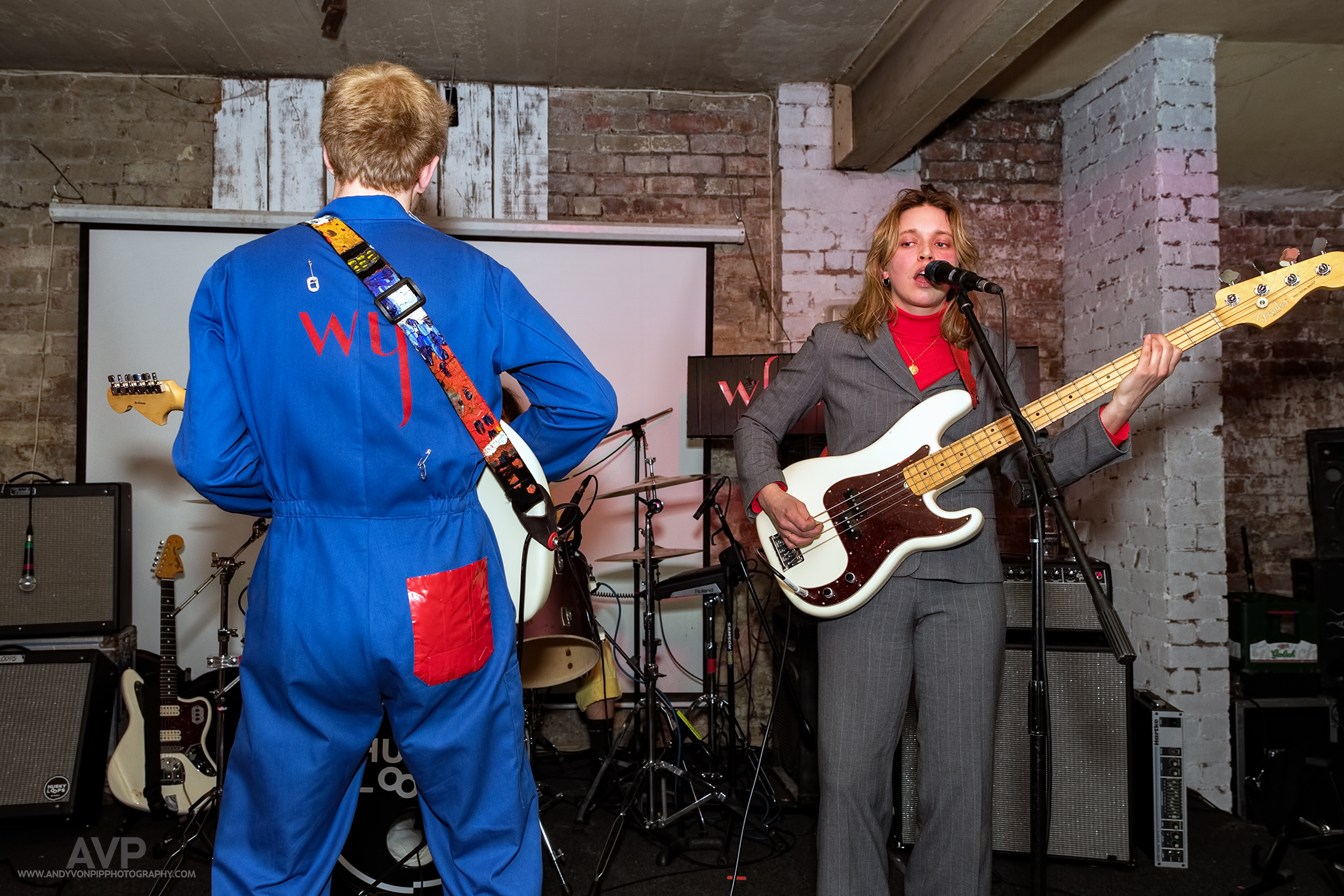 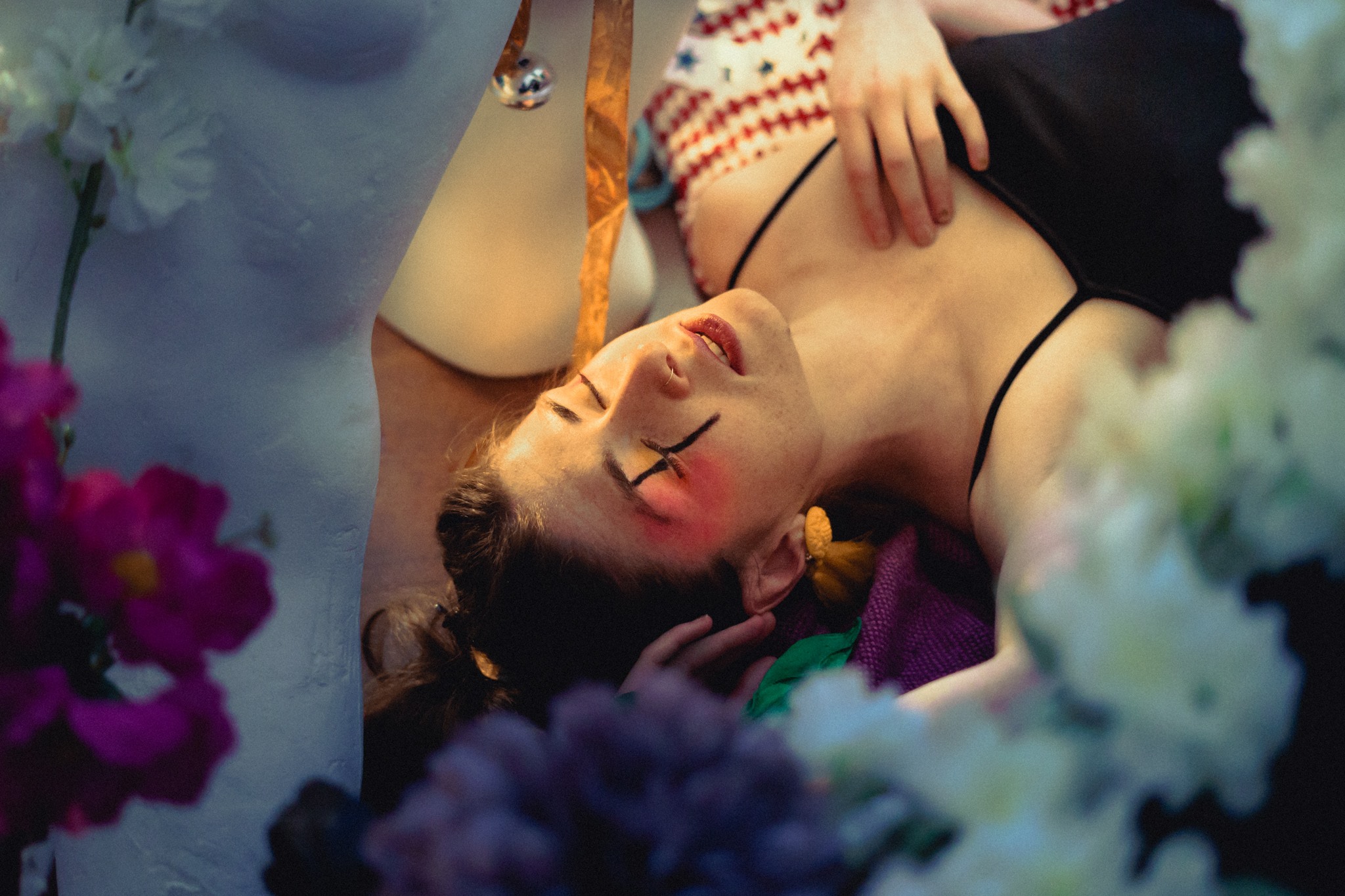 Beija Flo has been earning rave reviews locally for her avant-garde, theatrical live performances. Her music is hard to pin down but there’s something quite timeless about it from an atmosphere of decadent Berlin in the 1920’s through to the mysterious undulating torch songs of Natasha Khan.  There’s a definite sense of edgy unhinged darkness to her work – and uniqueness but conversely a sense of nostalgic recognition, albeit it can feel a little like looking at a familiar object through a smashed mirror. Perhaps if Kate Bush had been discovered by Stanley Kubrick rather than Dave Gilmour you’d get a sense of the off-kilter talents of Beija Flo.