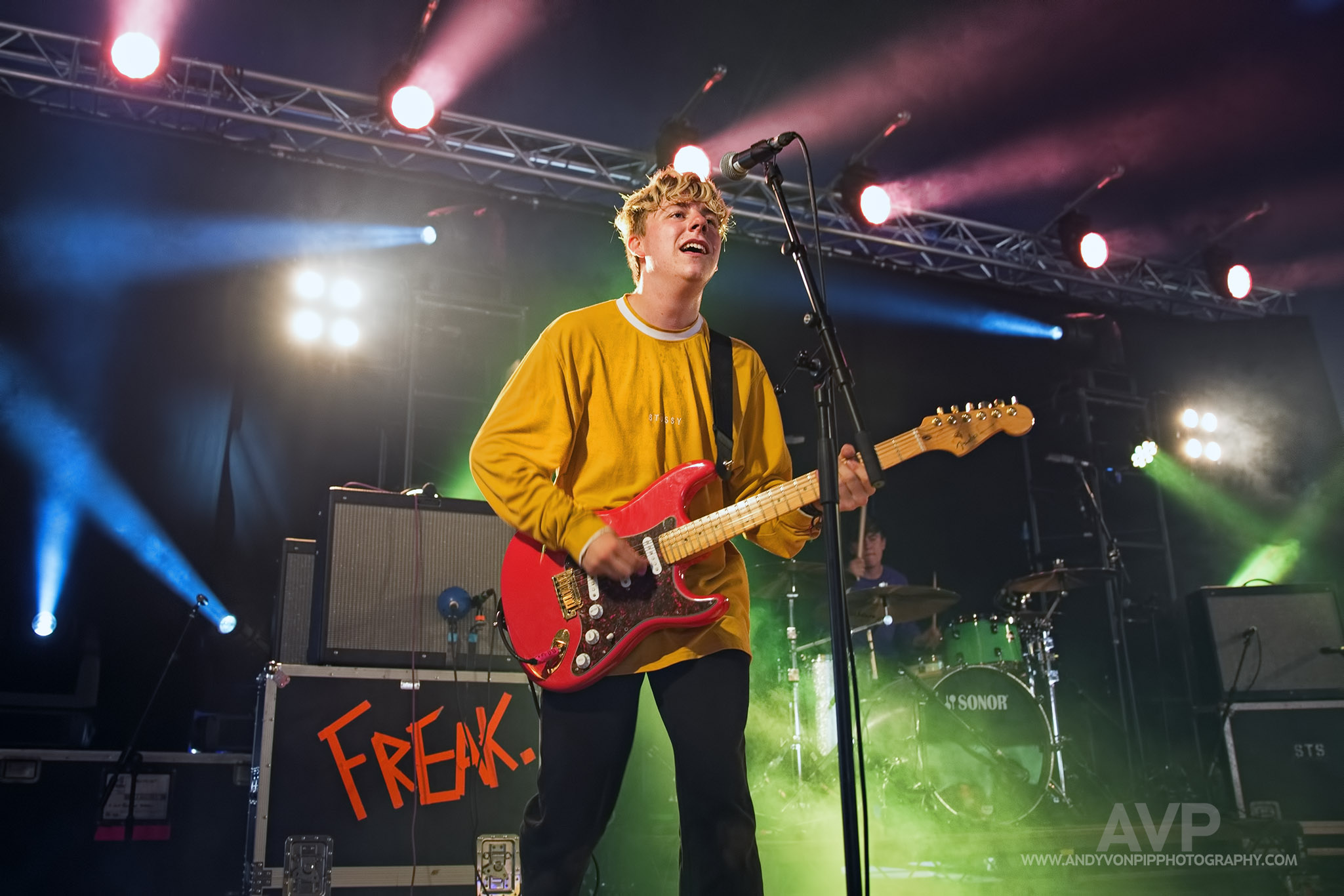 Billy Bragg was once described as ‘a one-man Clash’, similarly, Chelmsford musician Freak was labelled “a one-man Nirvana’ early on in his career. And whilst it may be a snappy, albeit re-cycled sound bite it’s a rather one-dimensional catch-all that doesn’t wholly describe Freak’s sound. Where it does succeed is to give an indication as to the frenetic explosive nature of Freak’s sound. Freak is, for the uninitiated the musical alias of 20-year-old Connar Ridd a multi-instrumentalist, producer, singer and songwriter who’s frenzied live performances have marked him out as one to watch next year. 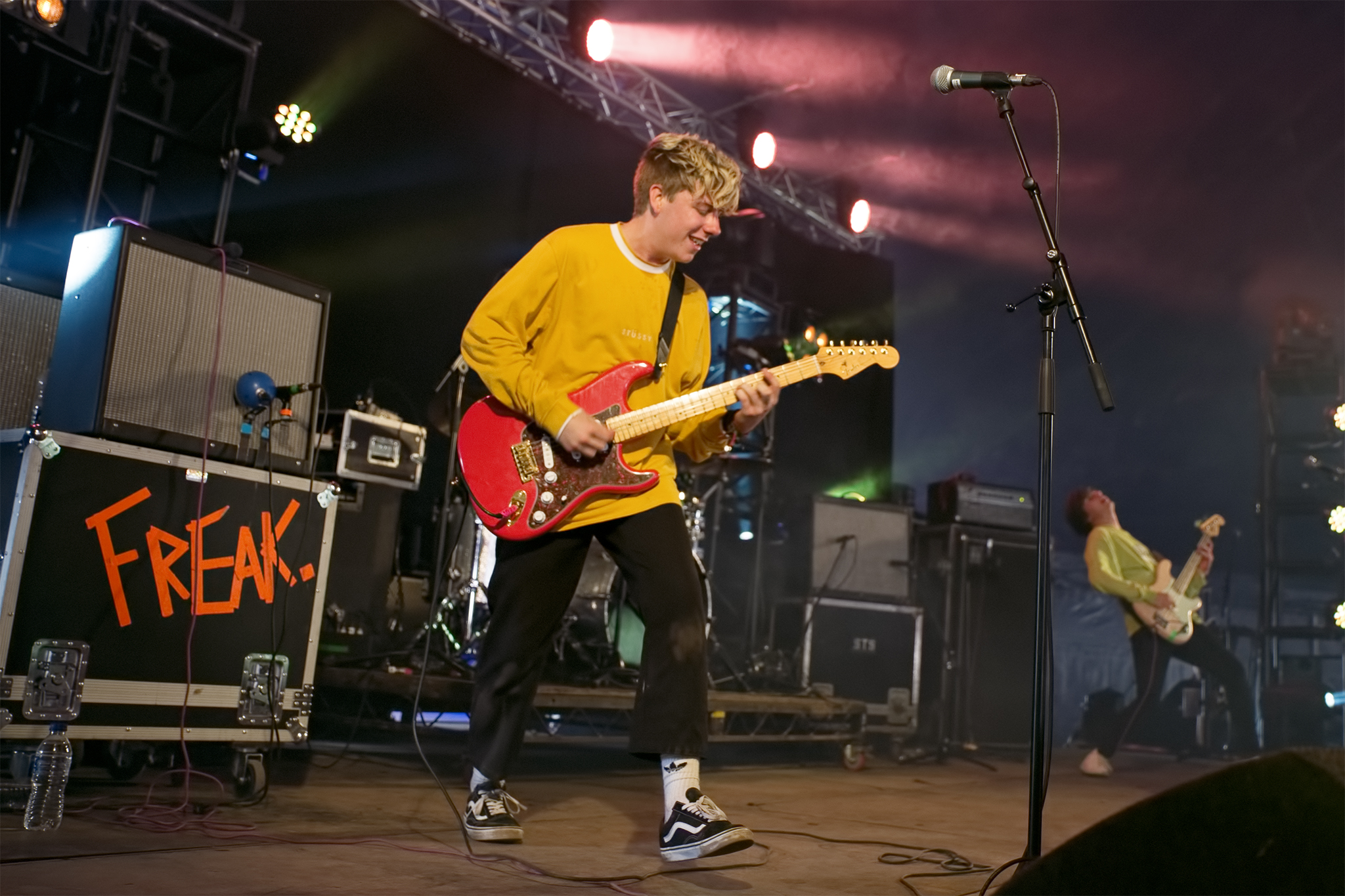 We caught him battering the f**k out of his guitar at Kendal Calling this year and were hugely impressed by his energy, his tunes and his guitar playing. And he’s angry, he’s very angry – whether it’s about the country ‘going to shit’, the anxiety experienced when going to Uni or working in a dead-end creatively stifling job. Freak pulls no punches and writes about the world he knows and the challenges that face young people. And whilst we live in an obscenely fucked up world in which university vice-chancellors can receive more than £800,000 in a year whilst the average student leaves university with debts of more than £50,000 – (rising to an average of £57,000 for the poorest) there’s certainly plenty to get angry about.  Freak has a new single in January and has previously stated he’s more than enough songs for an album, so hopefully, 2018 will see a debut album and more incendiary live performances.