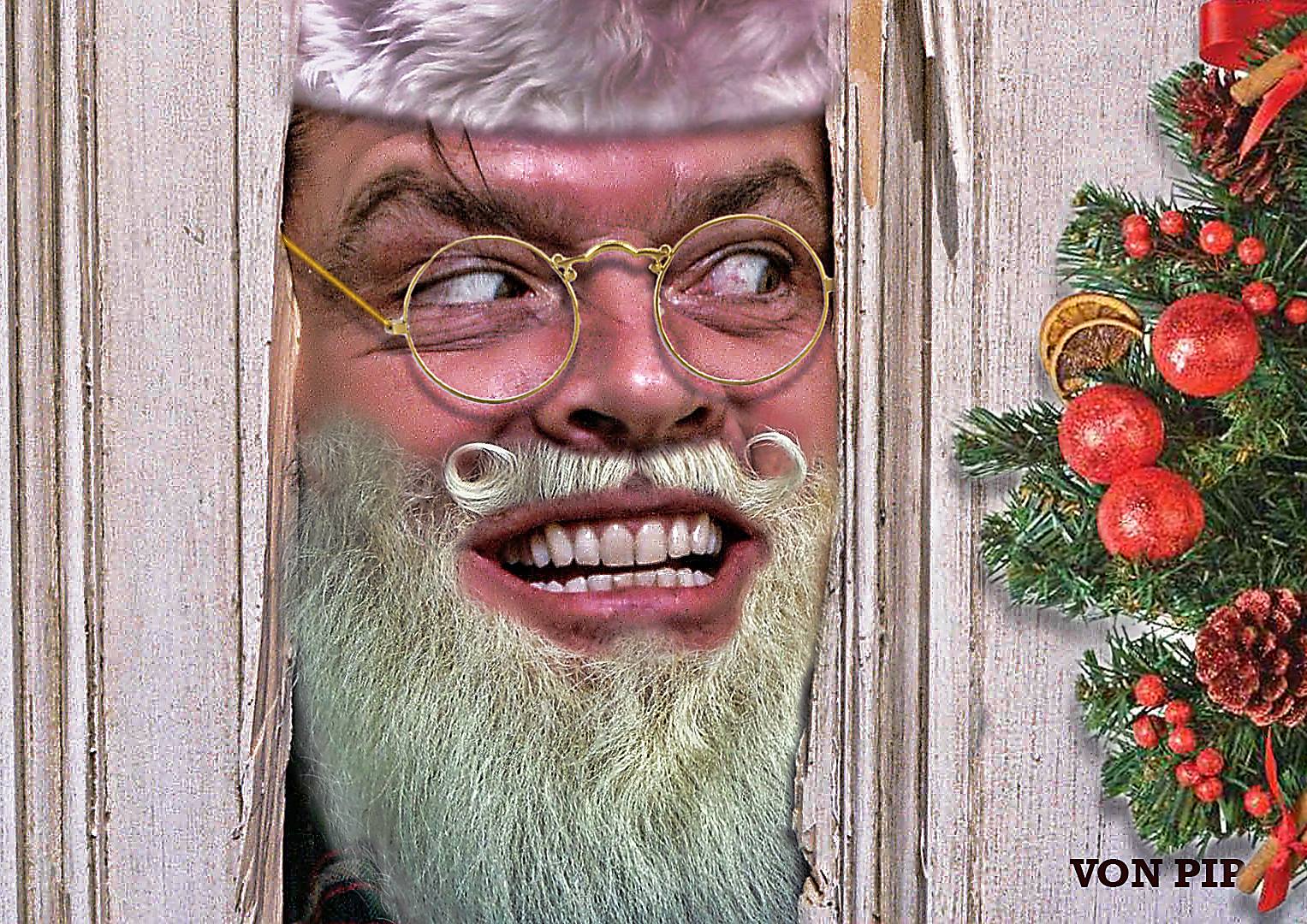 Ok then so ten bands / artists to watch / listen out for in 2017 , we’ve decided it’s nonsense to list about fifty … how could we ever keep track ? We had enough trouble with last year’s list in terms of keeping up , but that was mainly down to 2016 being an absolute f***king nightmare of a year . So here’s ten bands we intend to support and become a proselytiser for, on their behalf  during 2017 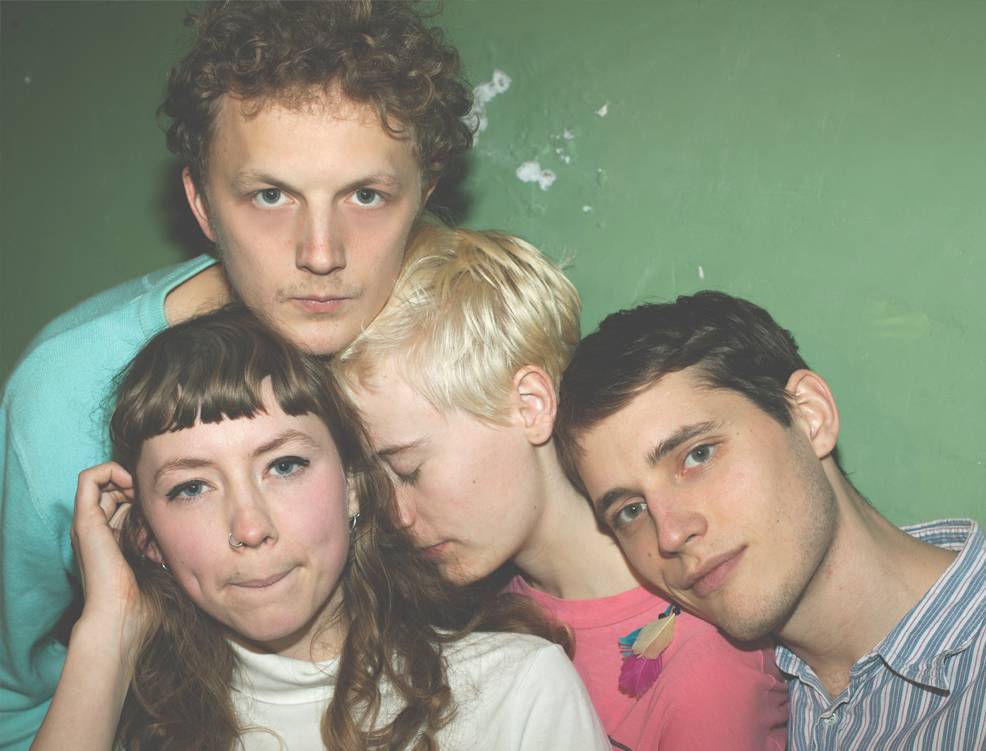 Gothenburg based Holy Now released their gorgeous Debut EP ‘Sorry I Messed Up’, a wistful yet ultimately joyous affair. Singer Julia Olander’s yearning, fluttering vocal which at times seems to reside somewhere between Maja Miller of Makthaverskan’s soaring emoting and the sugar spun laments of Alvvays’ Molly Rankin is the stuff of indie pop dreams 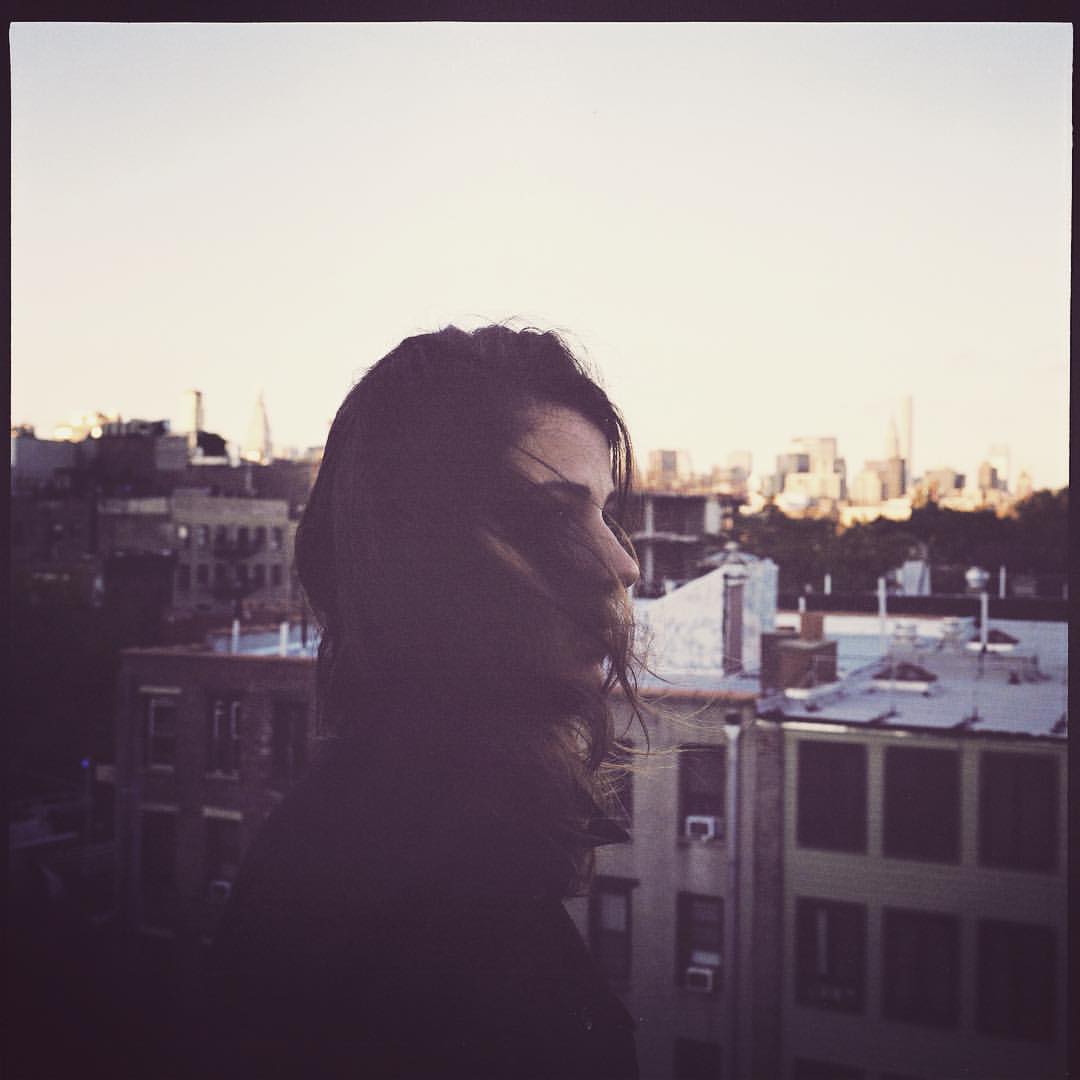 Bit risky tipping an artist after hearing only one song ? Well perhaps but our review of her debut ‘Edges’ kind of explains our reasoning – “19- year old newcomer Zoey Lily’s official debut track ‘Edges’ is one of those evocative slow burners that reveals it’s hidden depths and becomes bigger and bolder with each listen. It’s really rather beautiful – a deceptive and subtle tune wherein the emotion conveyed is given centre stage and room to breathe due to the seemingly minimal arrangements. It’s textured atmospheric three-dimensional  pop, a kind of beautiful windswept paean to the lovelorn and crestfallen. And then there’s the authenticity of  Zoey’s mature , emotionally charged heartfelt delivery which marks her out as someone we’ll be keeping a keen ear out for in the coming months -unless she starts releasing cover versions of The Wurzels. One never can tell! 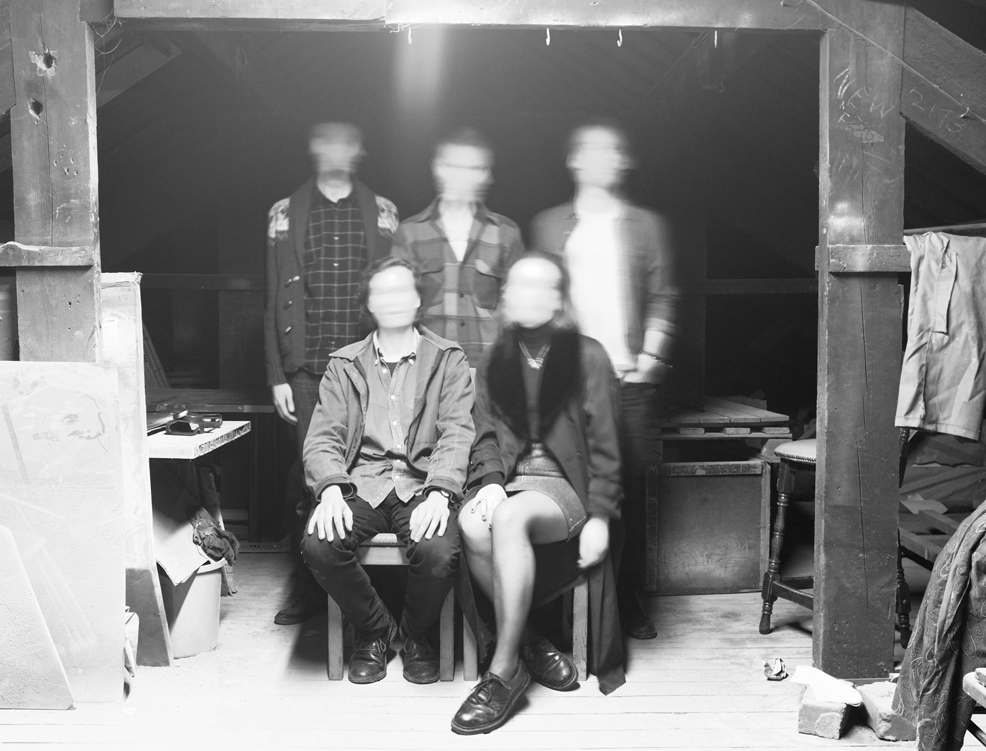 Back in September we described Team Picture thus – Dunno about you but we’re utterly sick of flaccid fey young men writing songs about the depth of their sensitive little souls. Here’s a hanky, dry your eyes and fuck off. Leeds newcomers Team Picture sound like the antithesis of that ghastly stylised dribbling aural bed wetting and arrive with a swagger, a snarl and armed with a huge rumbling beast of a tune in the shape of ‘CLASSIC:M’ (whatever that means?) It’s a menacing, twisted dirty slice of rock n roll of some distinction which may appeal to fans of The Mary Chain, Black Rebel Motorcycle Club and The Hives.  Which was true, however their latest offering ‘Potpourri Headache’ suggests a broader range then we perhaps first anticipated, its a magnificent evocative haunting chiming thing of glacial beauty and proves Team Picture could be one of the most interesting propositions around! 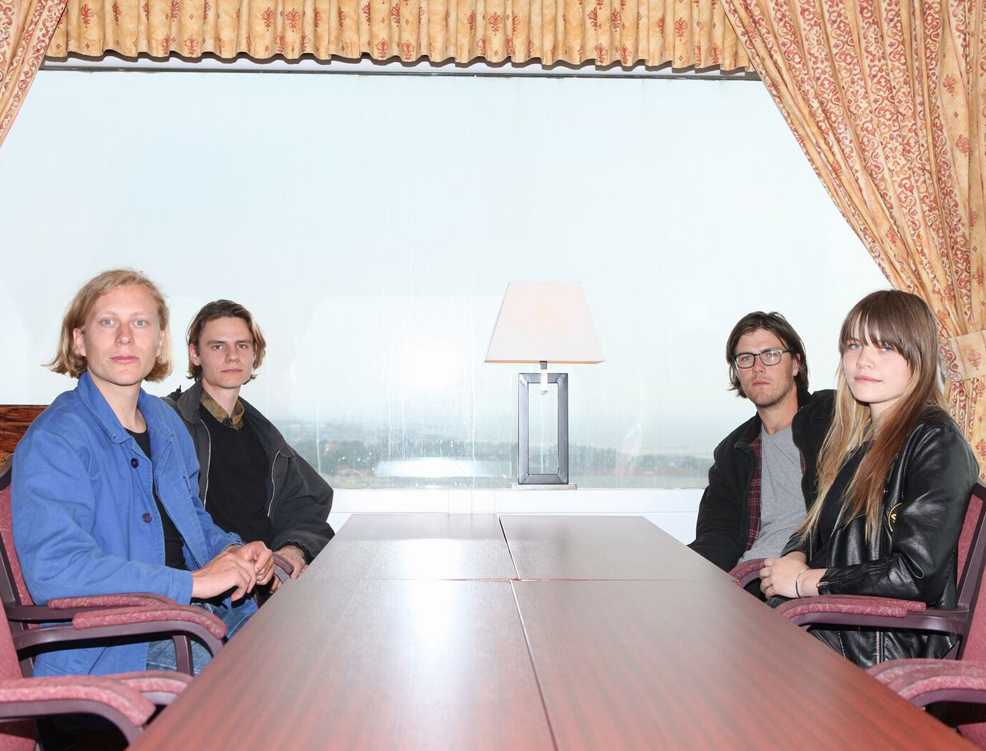 The first of two artists introduced to us by the excellent PNKSLM Recordings, Hater formed in Malmö this year comprising of Caroline Landahl, Måns Leonartsson, Adam Agace and Lukas Thomasson . Whilst there’s an unpolished charm to Hater’s still-nascent oeuvre they’ve gotten off to a hugely impressive start, their chiming music is given an air of winsome, lovelorn fragility by Caroline Landahl’s throaty yet delicate vocals. 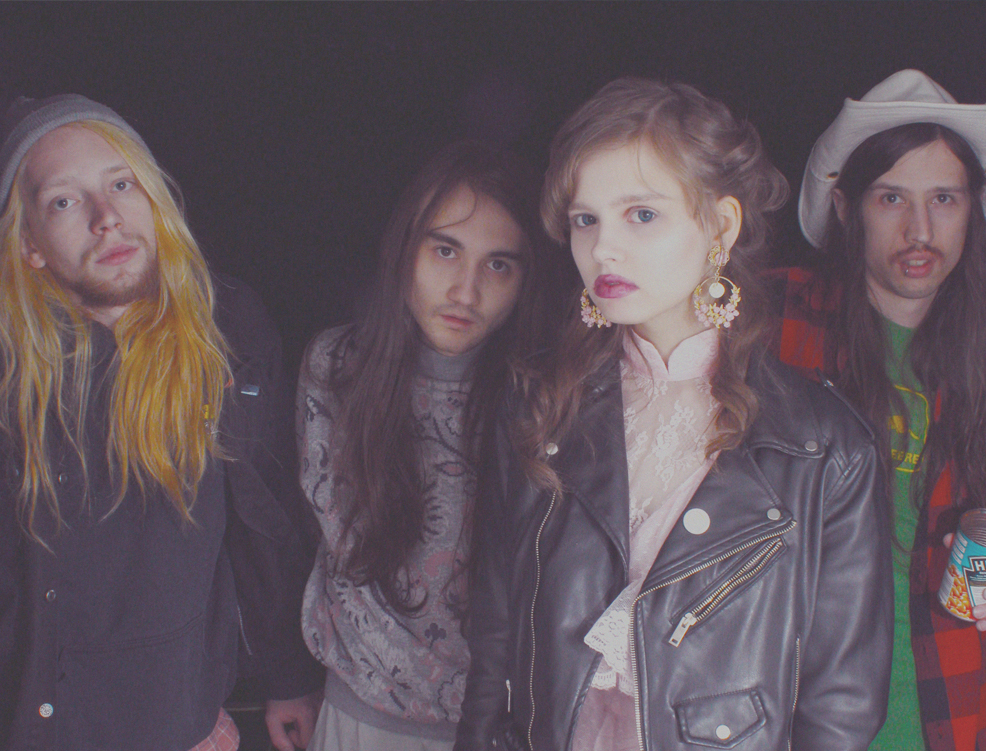 angelic milk, (lower case started out as the bedroom project of Russian wunderkind Sarah Persephona. She was discovered by PNKSLM who on hearing Sarah’s music said “we were blown away, even more so when we realised it was the project of a then-sixteen-year-old girl who was recording it all in her bedroom in Saint Petersburg, Russia.” There have been some fabulous releases since their debut “Idk” , such as ‘Rebel Black’ and “Tie Me Up”  Sarah has continued to demonstrate that she possesses an innate ability to craft timeless, off-kilter, warped guitar driven pop. It’s edgy, unselfconscious, coming of age of pop devoid of affectation and delivered with charm, attitude and a wry sense of fun. 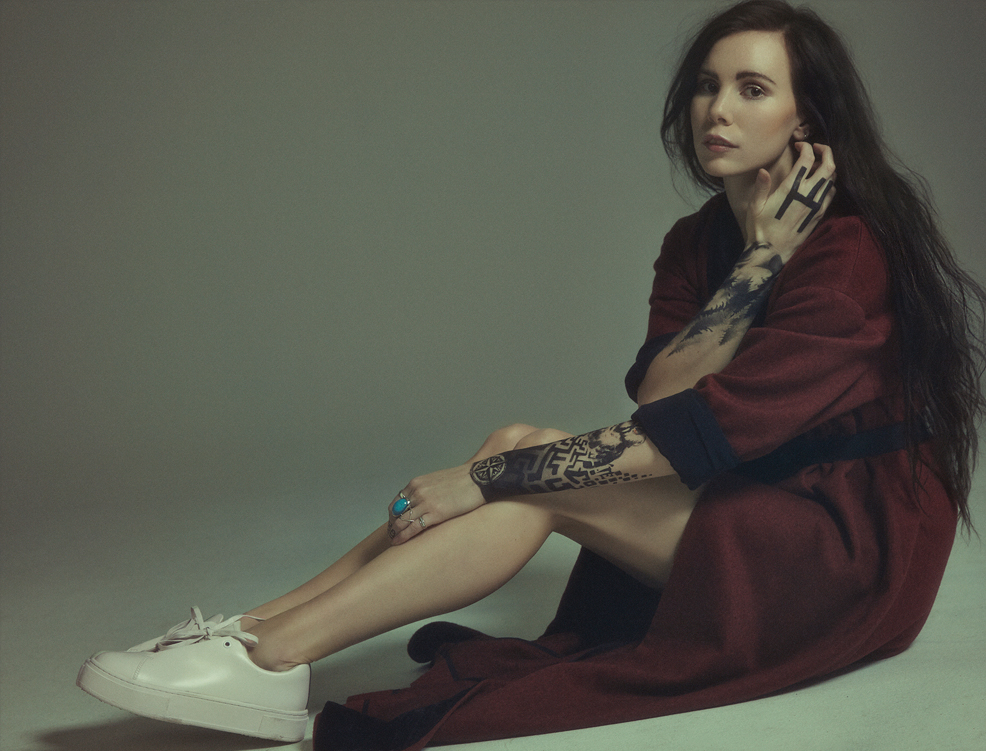 Perhaps one of the more obvious choices Skott does seem to have emerged from nowhere with everything in  place. Backstory, image, excellent PR team,  but none of that would matter if the songs were a big bag of shite. This years she’s released a batch of sophisticated , evocative (we like that word) tunes that really do hit the mark.  Chess Club records who seem to have a knack for unearthing some of the most interesting pop acts over the last few years may have struck gold yet again. 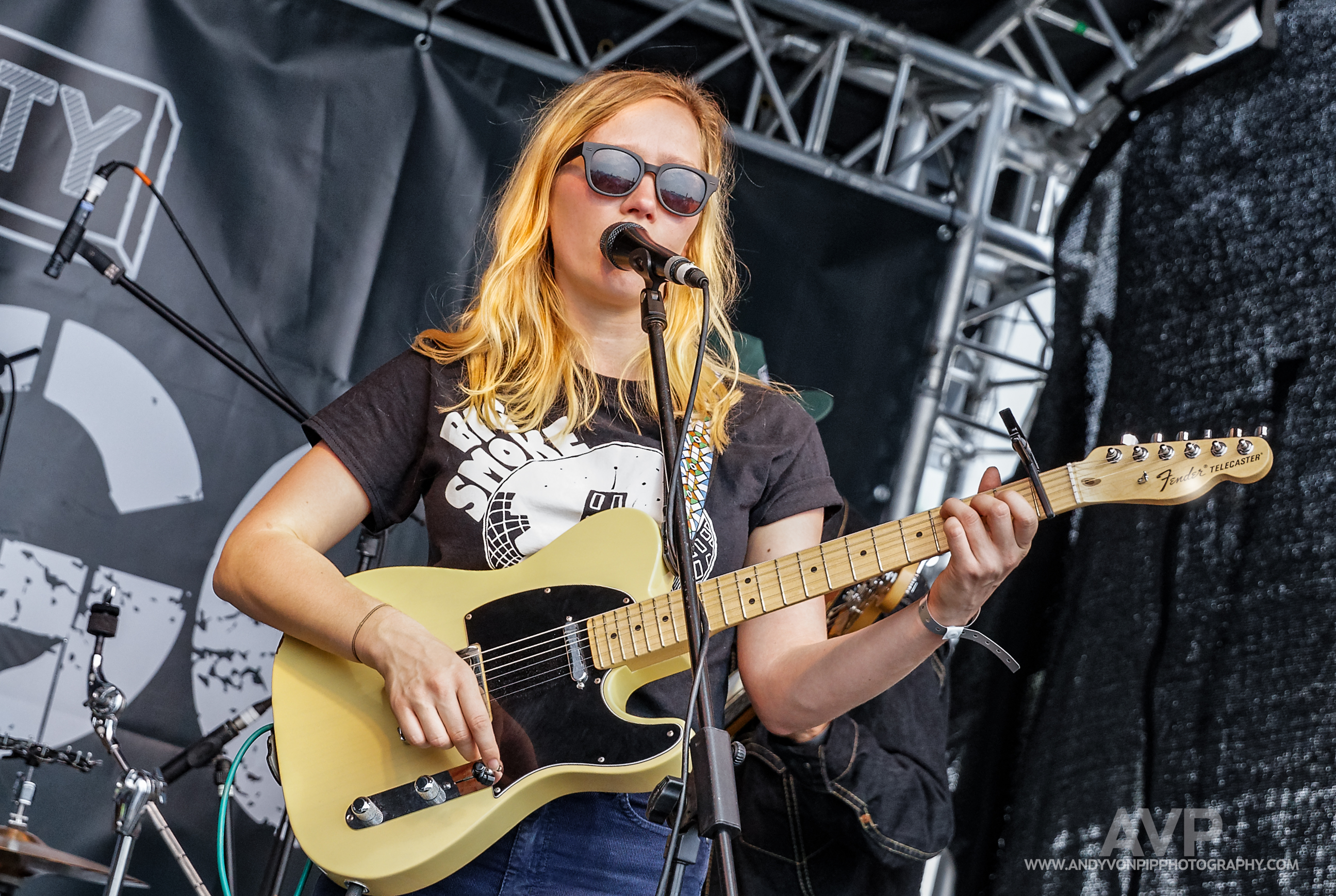 Julia Jacklin seemed to arrive as a solo artist from nowhere , we first heard her as singer with Australian band Phantastic Ferniture who we’d suggest you also check out. Two outstanding performances at Liverpool Sound City this year made our ears quiver with joy and her debut album, the excellently titled ‘Don’t Let The Kids Win’ proved beyond a doubt that Julia is very much the real deal. 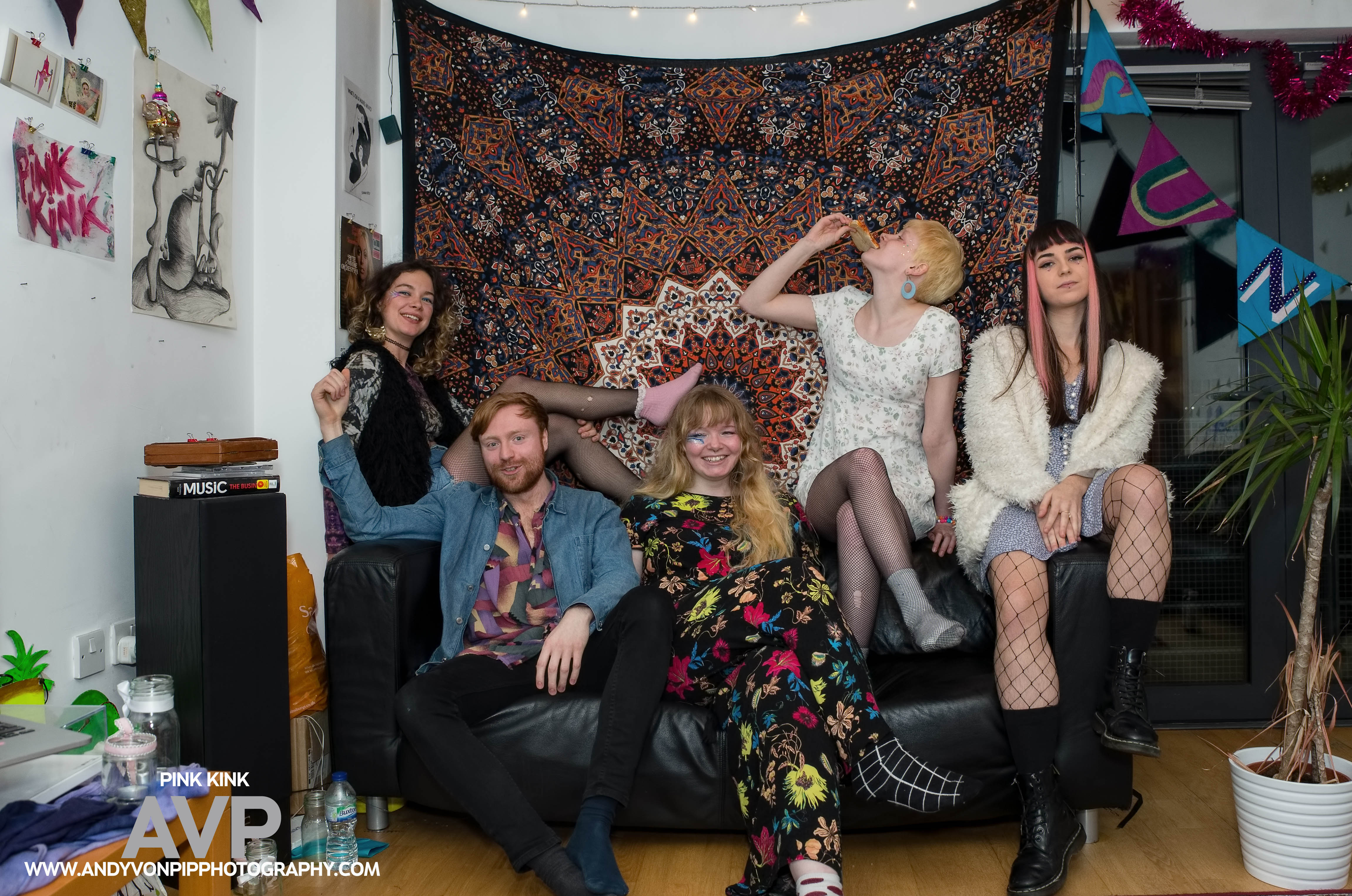 A band who are fizzing with ideas and a slightly demented energy and one who arrived in an explosion of glitter and attitude and crucially armed with a clutch of great songs performed with a snarl, a swagger and a smile. The band who hail from Germany, Spain, The U.S., Norway and Sunderland, but are based in Liverpool, have a disorientating  ability to change pace and wrong-foot you, one minute they’re hypnotising you with swaying ballads and then suddenly they smash you in the face with some frenetic power-pop.  And any band who can make the kazoo sound cool are surely worthy of your attention!  There have been attempts to pigeon hole Pink Kink’s sound , but ultimately all attempts fail because by defining something the inherent implication is one of limitation. Pink Kink are not a band to be defined but to be enjoyed.  They clearly have a future as bright as guitarist Sam’s shirt. ( they currently have no recorded music online) 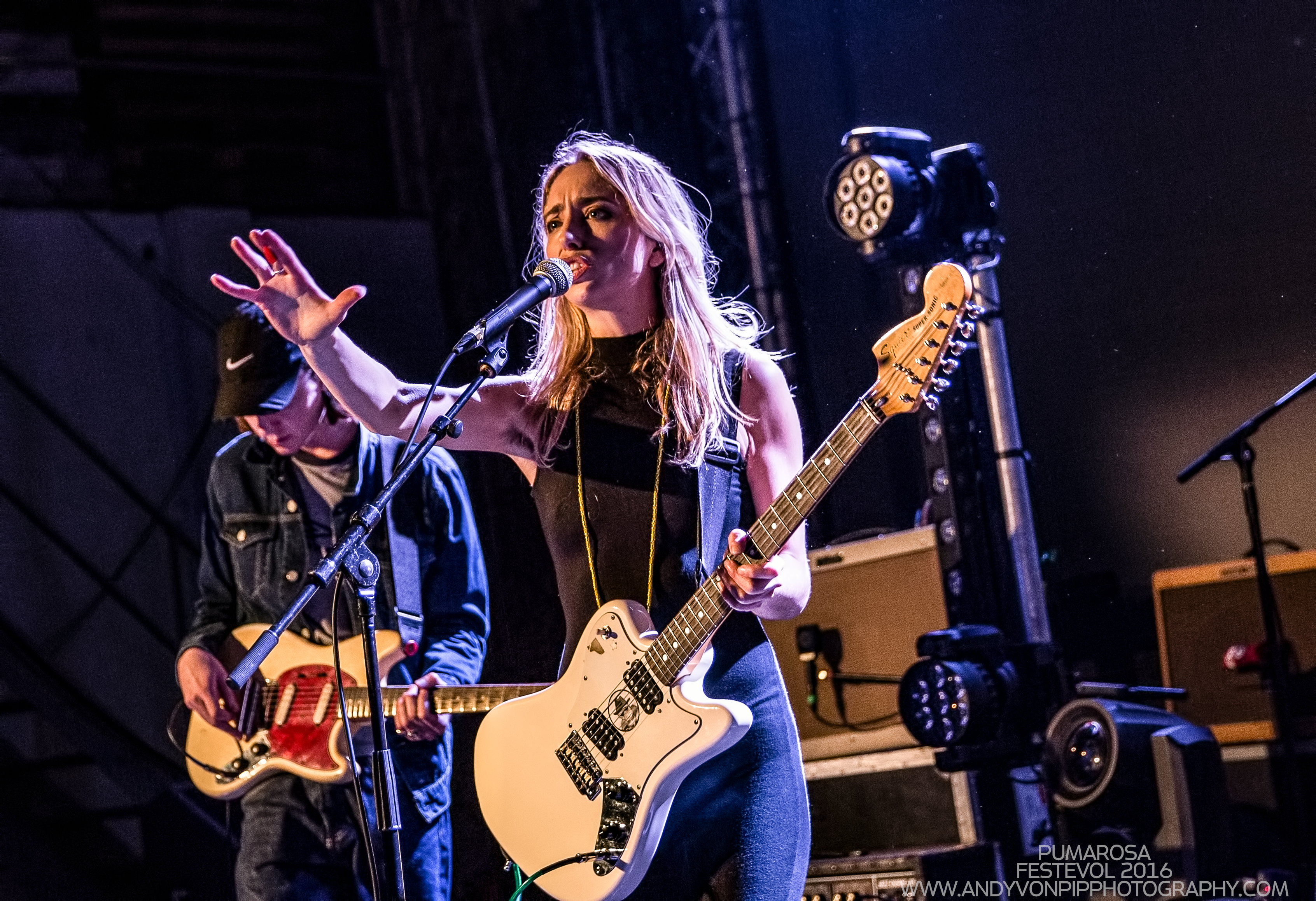 Having caught Pumarosa live in Liverpool earlier in the year we departed their set, shaken, stirred and most definitely fans. They were mesmerising both visually and sonically and left us with uncomfortable feelings of euphoria that we didn’t quite know what to do with. The band who apparently started life as a duo consisting of  Isabel Muñoz-Newsome and Nick Owen, have since been joined by Henry Brown ,Tomoya Suzuki and Neville James which has expanded their sound and they are now being hotly tipped by those with discerning ears. if you like your music on the esoteric, dark, danceable side and  pulsing with a sexually charged energy then Pumarosa are the band for you 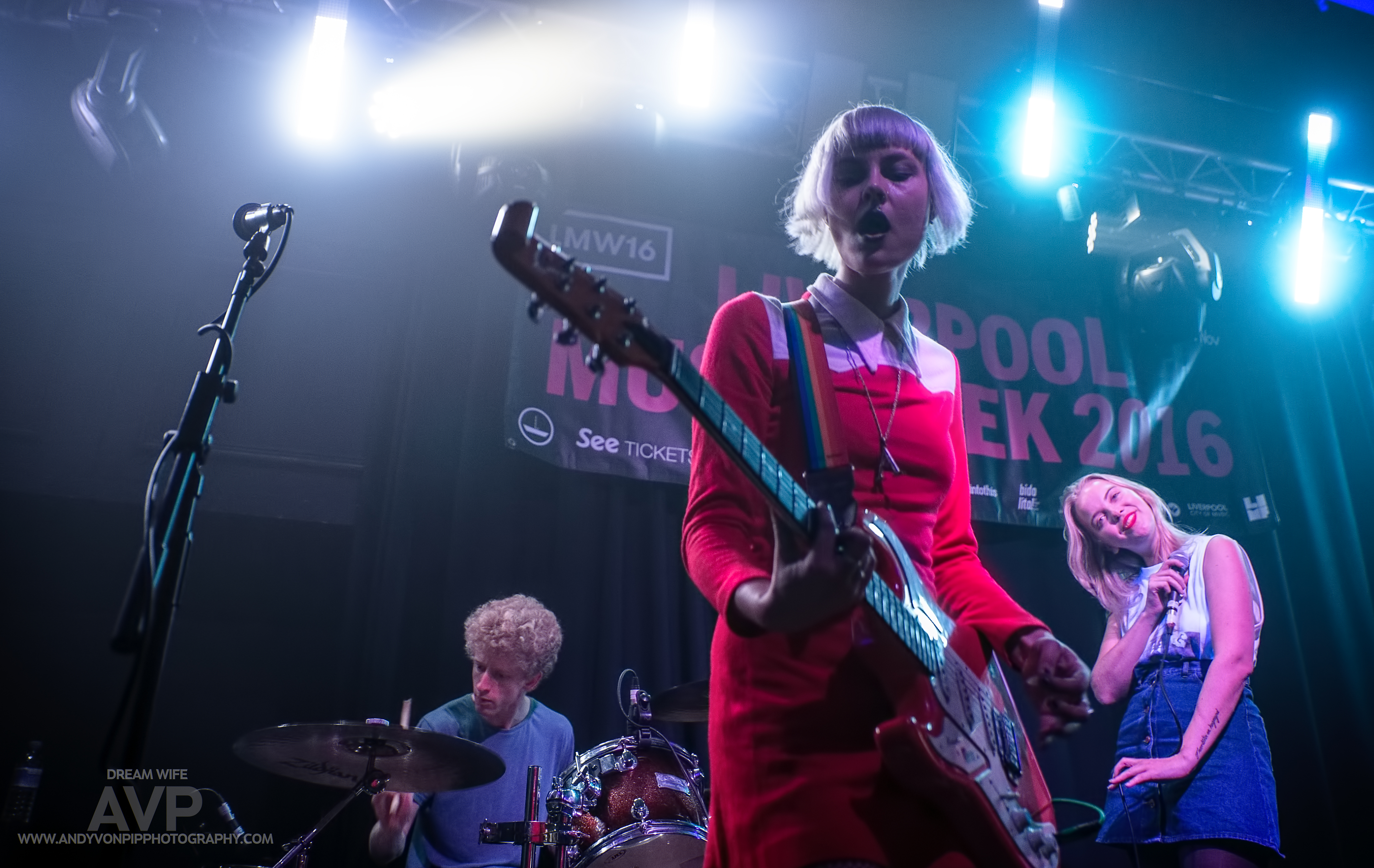 Alice, Bella and Icelandic singer Rakel met at art school in Brighton, originally conceiving the band as a piece of performance art based on an imaginary girl band.  The thing is they were rather good at it, so good in fact that the  band became a reality.  To appreciate just how good they are they really should be seen live. Luckily for us they embark on a headline tour early January entitled rather aptly
‘Hello 2017.’  Go and see them and be prepeared to be blown away,   Alice Go, for example, is a guitar hero in the making, and in the live setting she cuts a mesmeric figure as she plucks an array of glorious riffs from her guitar Then, of course, there are the songs, a perfect mix of infectious edgy melodic pop and grungy rock power. Lolita, Kids and Hey Heartbreaker all feature on their superb debut EP, and the live version of their last single FUU is a thing of infinite wonder which highlights singer Rakel Mjöll’s ability to switch from sugar-coated pop perfection to raging nettle sting roar in a heartbeat.