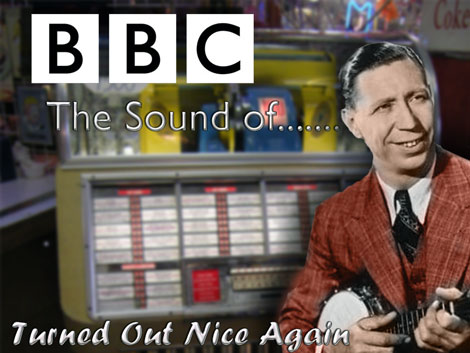 The BBC Sound of 2011 ( or any other year)  poll is one of those things that tends to divide music fans, some see at as little more than a PR freebie for big labels to promote their ‘priority acts’ whilst others view it as a great way of highlighting artists who have been flying just below the public’s radar. The truth?  Well, nothing’s ever black and white and it’s probably a bit of both to varying degrees. Having been involved in the past the rules are clear, you simply name your favourite three new acts and your choices, along with those from other  so called ‘tastemakers’ are counted and compiled to create the final list.  Of course it would be naive to assume that labels don’t set up campaigns to coincide with this list and when somebody as well connected (in the industry) as this year’s winner Jessie J comes out on top, a certain degree of cynicism is perhaps inevitable.

Equally worrying is the revelation from Tim Vigon (manager of  The Streets and Delphic) that “For certain artists at certain labels, missing out on something like this can hit confidence [in the artist] so hard that people at their label will literally down tools and focus on something that has made the poll, it can adversely affect chances of getting radio or press exposure because the media is traditionally quite insecure about backing something that others aren’t backing.” This however isn’t the fault of the list in the same way as a car isn’t responsible for a traffic accident, it merely shows how short sighted the music industry can be.

Maybe our own reactions to the ‘Sound Of Polls’ very much depend on whether it includes artists we approve of. Indeed, my own initial response to this year’s winner was one of initial disappointment which quickly turned to irritation after hearing ruiner of all things good, Simon Cowell, giving his

papal blessing (video here). Wouldn’t it be refreshing for an artist to say, as Johnny Marr did to David Cameron recently, ‘ Cowell, I forbid you to like my music.’ After calming down and tweeting knee jerk reactions I eventually perused the long list in some detail and it did contain artists who were much more to my taste.  So something for everything? Possibly, but as Robin from the excellent Breaking More Waves blog pointed out it’s good to have something that promotes artists that isn’t the bloody X Factor- ‘The reason I see the Sound of List as fundamentally different to the X Factor is that the Sound of is about promoting music, whereas to a large extent X factor is about selling personality as entertainment – this is why the likes of Jedward did well on X Factor and why X factor promotes its panel of judges as much as the act’. Although maybe this year in terms of musical style Jessie J as an alternative to  X factor is a bit like having the choice between Tesco  and Tesco Direct and shows that the X Factorisation of music, in terms of producing a style that will shift units, is winning the war for hearts, minds and ears- as all propaganda worth it’s salt is designed to do.  There is no doubt we certainly do need other outlets through which new music is listened to and debated other than via that cretinous karaoke kakfest, and arguably the ‘Sound of Lists’, to some extent fills that particular void in popular culture.

The list has certainly come a long way since Ian Youngs, the BBC’s Entertainment & arts reporter, wrote a story back in 2002, with his top tips for the coming year “Custom was my top tip. He was a very colourful character and seemed like he was going to be a big star. Clearly, it didn’t quite happen that way.” The following year, trying to put his musical faux pas behind him, he decided to bring in the ‘experts.’  I asked him his views on the  criticism the list can sometimes attract to which he replied ‘At its heart, as you know, is a desire to showcase great new music – simple as that. I think it still does that job very well.  As for the labels’ perceived influence, it is true that labels are often keen for their artists to feature on the list. But we are very clear in our instructions that the “tastemakers” should base their choices solely on the quality of the music and clearly they’ll be more than capable of thinking for themselves. The nature of the list means an artist must have built up a certain head of steam to make it on, which usually means being signed. However that doesn’t mean those labels can manipulate what people will pick. Also, artists don’t necessarily need label backing – in the past, acts like Glasvegas, The Temper Trap, Stornoway & Devlin all made it onto the list while unsigned.

“I believe most fans keep open minds about the artists on the list – experience shows that the public make up their own minds when they hear the music. If they like an artist, they buy their album and go and see them live. If they don’t, they won’t. At that point, nothing much else matters. Which is how it should be.”

In conclusion I feel that the sometimes negative reaction to the ‘BBC’s Sound of’ polls could in some way be addressed by a name change, because let’s face it ceremoniously informing the public via the likes of the incomprehensible, hyperactive kiwi fruit cake Zane Lowe that  ‘this is the sound of ..(insert year) it’s rad and you better believe it’ is bound to get on people’s tits! Or maybe that’s just Zane ;).  In many ways from the labels perspective it is a big PR battle to see if their act wins, but  as music fans we shouldn’t get too hung up about this, it’s one of life’s realities, money, like blood in the water, will always attract sharks and those whose motives are not as pure as that of  the idealistic music fan. After all many of the people involved in the process are genuinely passionate about  music and not ‘in league‘ with ‘big music.‘ If we discover even one new act each year then surely that’s a good thing and we should also offer thanks that there was not hide nor hair of that truly dreadful Oasis parody act, the execrable ‘ Brother’ on this years list.  But possibly we shouldn’t get too precious about it all ( and yes I’ve certainly been guilty of that) and treat it as just another tool enabling us to discover new music.  After all nobody’s forcing us to buy into anything.

And from the longlist – Esben And the Witch