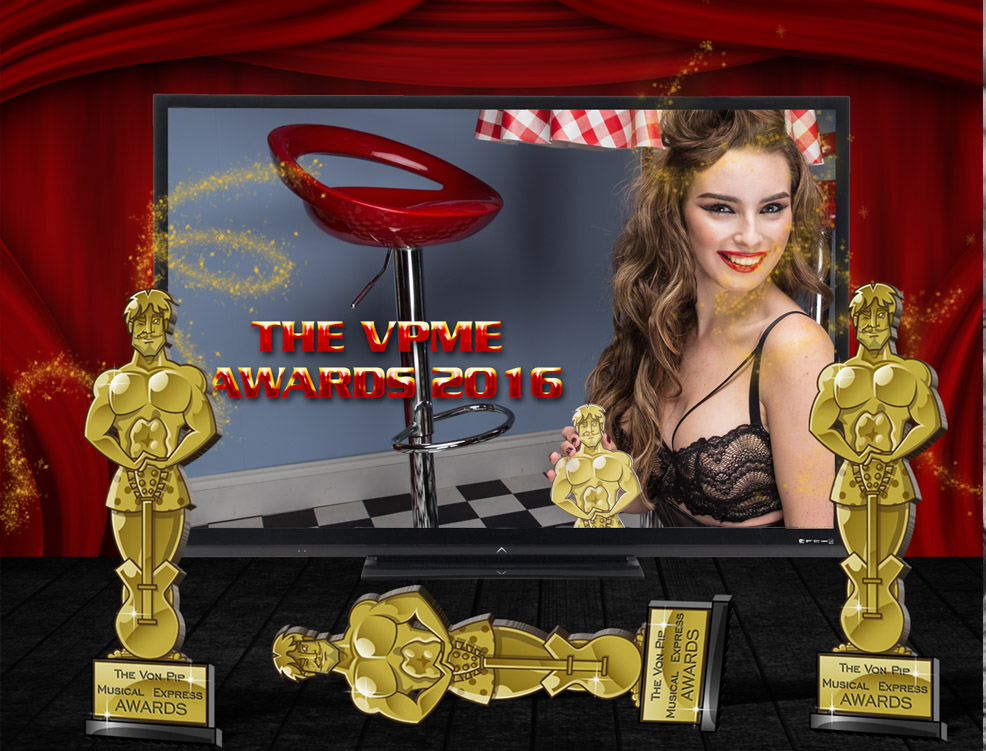 So, as the law decrees, I begin to list my top 10 albums of 2016. Let’s face it ten is quite enough for a one man blog, and people who, as an individual, list 50 to 100? I’m somewhat sceptical about how deep their love flows? I don’t believe you can engage with that many albums on any sort of meaningful level in just 12 months. I mean seriously do the math!  There are only 52 weeks in the year, 24 hours in a day. In between listening to the albums (we assume more than once) you proclaim to love above all others this year, as a writer/reviewer/blogger you’d also be required to unearth new music, listen to more albums, singles, EP’s, perhaps interview artists, go to gigs write reviews, possibly work a day-job, have a family life and actually function as a human being outside of all this. And wash. Washing is very important if you go to gigs.  I mean I don’t care how avid a music fan you are, do the fucking math. Then again we live in an increasingly disposable age, wherein having a list is actually more important than its actual content.

The 52 weeks which stretched out like jagged barbed wire across exposed flesh during 2016 formed what was unequivocally the shittest year of my life. Life changing in the worst possible way, so when people say “It wasn’t THAT bad” I have to walk away lest I commit a random act of violence. It WAS.  I’ve also learnt that music, whilst not being a cure- all (some wounds run too deep) can genuinely help soothe, console and comfort when you’re at your lowest ebb. And perhaps this year’s list reflects that. I wasn’t looking to be challenged by music,  2016 did that all by its fucking self, but I was looking for comfort, for consolation, connection and escape and that’s what the majority of these albums provided.  Yes there is no Black Star by Bowie, which for many will be a glaring omission, and yes as a final artistic statement it is remarkable, a true work of art, a thing of infinite wonder and beauty but it came at a time when I too was facing imminent bereavement and I simply found it too hard to listen to … and still do.  I missed a lot of music this year, and at times 2016 really did seem to have been the year everything died, family, icons, sanity, common sense, empathy, compassion, my own rakish good looks but sadly not greed selfishness and general all round wankery.

Music journalism and blogging also seemed to be in desperate need of medical attention with many preferring speed over quality, glibness and cliché over insight and expression … and lists, endless fucking lists, ambulance-chasing-top-ten-songs-from-the-dead-pops-star for hits, top tens of puerile repetitive shite (“ten pop stars who look like pasta”) sprawled across the internet like a huge turd –  www.clickbait.com – and like an insatiable crack addict some would find new lows in their unrelenting quest for just a few more hits. It became a  place where editorial rigour was replaced with a “Never mind the quality, feel the width my son! “ ethos.   I have never read so many dull, lifeless reviews-by-numbers than I have in 2016 and as an actual fan of music writing, it’s been incredibly dispiriting. It was also the year the NME became the magazine you couldn’t even give away.

Music blogs too were folding at a rather alarming rate, according to the blog world’s very own “Statto,” Robin from the always excellent ‘Breaking More Waves’ “there are 657 Hype Machine blogs today. That’s a drop of 40 odd since August. In 2014 it was 800+. For the U.K. Hype Machine now lists 106 U.K. Blogs whereas in 2012 it was just over 130.”  And as smaller blogs fall by the wayside the bigger concerns hoover up with “premieres” and hastily regurgitated press releases, with many becoming all that they once sought to replace … What’s the answer? Who knows, but perhaps if we all slowed the fuck down a bit, and let things sink in it might help. Are we not just adding to the churn and sense of dispensability? I’ve asked myself, as a music fan –  would I prefer a well-considered gig review written a few days after the event, which includes perhaps a dash of intelligence, insight, personality, wit,  perhaps opening a door on the writer’s emotional response – or would I prefer something hastily written? Something templated beforehand in the sharp-elbowed rush to be first, full of cliches – a word salad dot to dot smeared across the screen which fills the space between songs on a set list, and which singularly fails to fire the imagination? To make you wish (or sometimes not) that you’d been at that gig.  Take a guess? …  That being said there is a lot of great writing out there, normally produced by writers whose passion, empathy and intelligence shine through and who get on with the business of writing rather than spending their time telling everybody on social media how influential yet unappreciated they are by the ghastly unfeeling music industry.

I sense a “Music Blogging isn’t dead, but perhaps we should consider starting a ‘Go-Fund me’ campaign to purchase a one-way ticket to Dignitas to put it out of its misery” style article in the coming weeks. Anyways end of year rant over here’s my list (including obligatory cliches and typos) to add to the tsunami of lists  ;)  Part 1 of my Best Albums of 2016, ones that brought me comfort and even joy on occasion in an unremittingly grim year.

Bafflingly Still Corners have never quite broken through into the mainstream (whatever that even is these days)in the UK and yet are far more skilled than many of their contemporaries. Maybe they should consider spelling their name incorrectly? Their third album is eerie and beautiful and has more emotional heft than most bands who dip their toes into the world of dream pop/synthpop 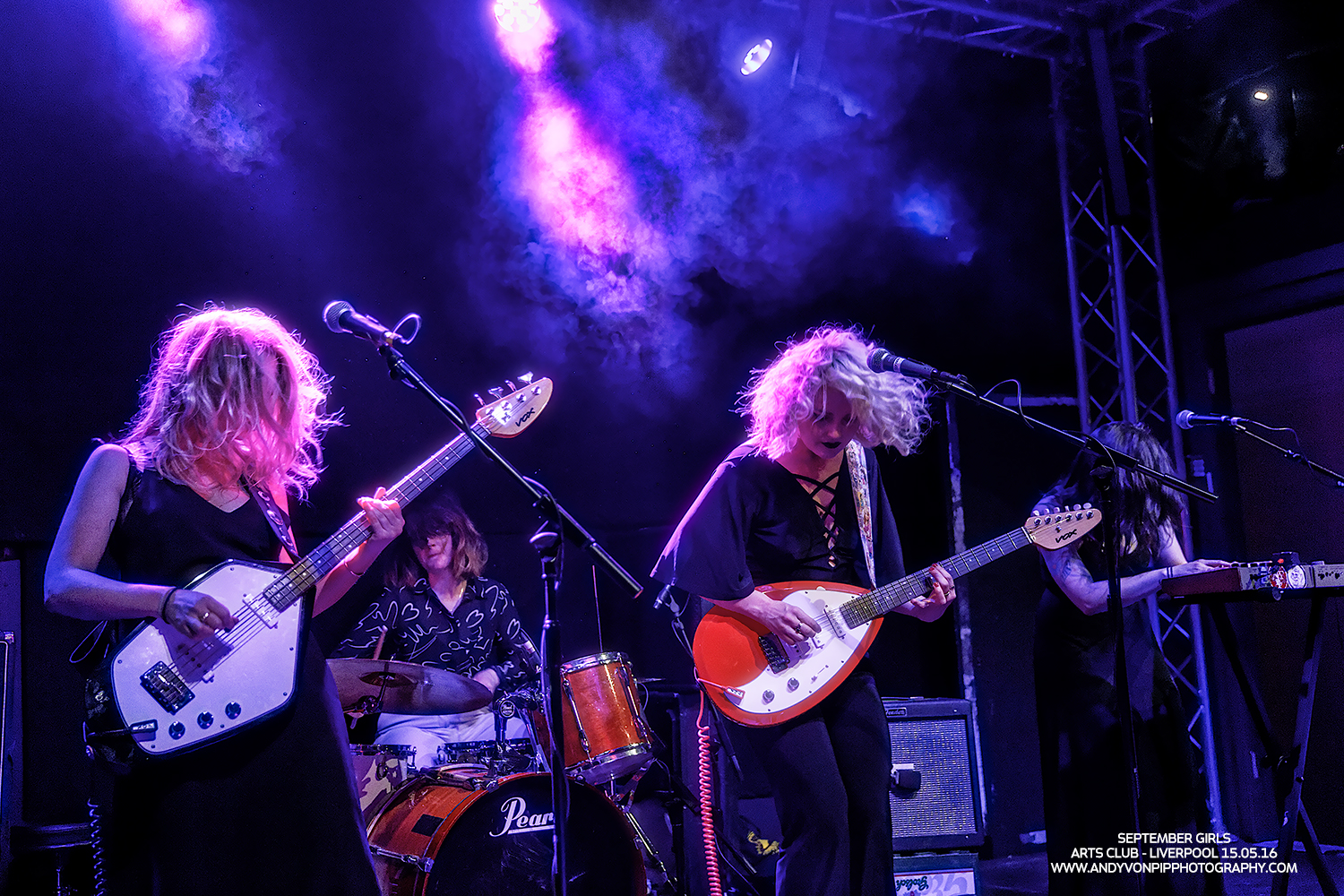 ‘Age Of Indignation’ is a more vociferous album than their sublime debut ‘Cursing The Sea’. It would perhaps be a misreading of September Girls to suggest that ‘Age Of Indignation’ is a massively more political statement than their debut, (which tackled heavyweight subjects such as societal to attitudes towards woman, victim blaming and rape.) However there does appear to be a more sustained sense of fury and indeed a genuine sense of indignation throughout, as it hones in on it’s targets with eloquence, clarity and deadly clear-eyed precision. 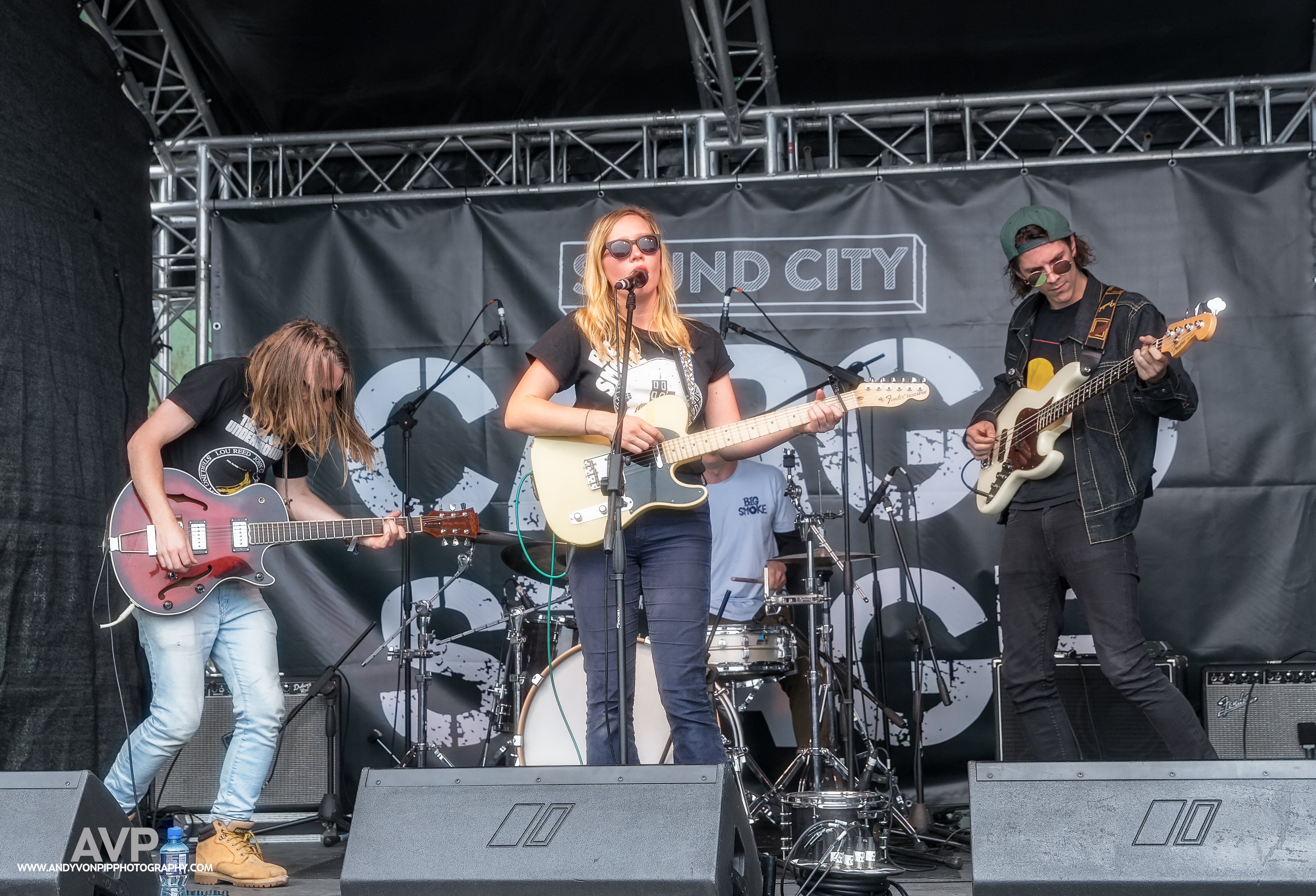 A timeless voice imbued with the kind of emotional resonance of someone whose been around a lot longer  Australia’s Julia Jacklin proved with her live shows and debut album that she really is the real deal. A major talent who will, we suspect win more hearts and minds in 2017 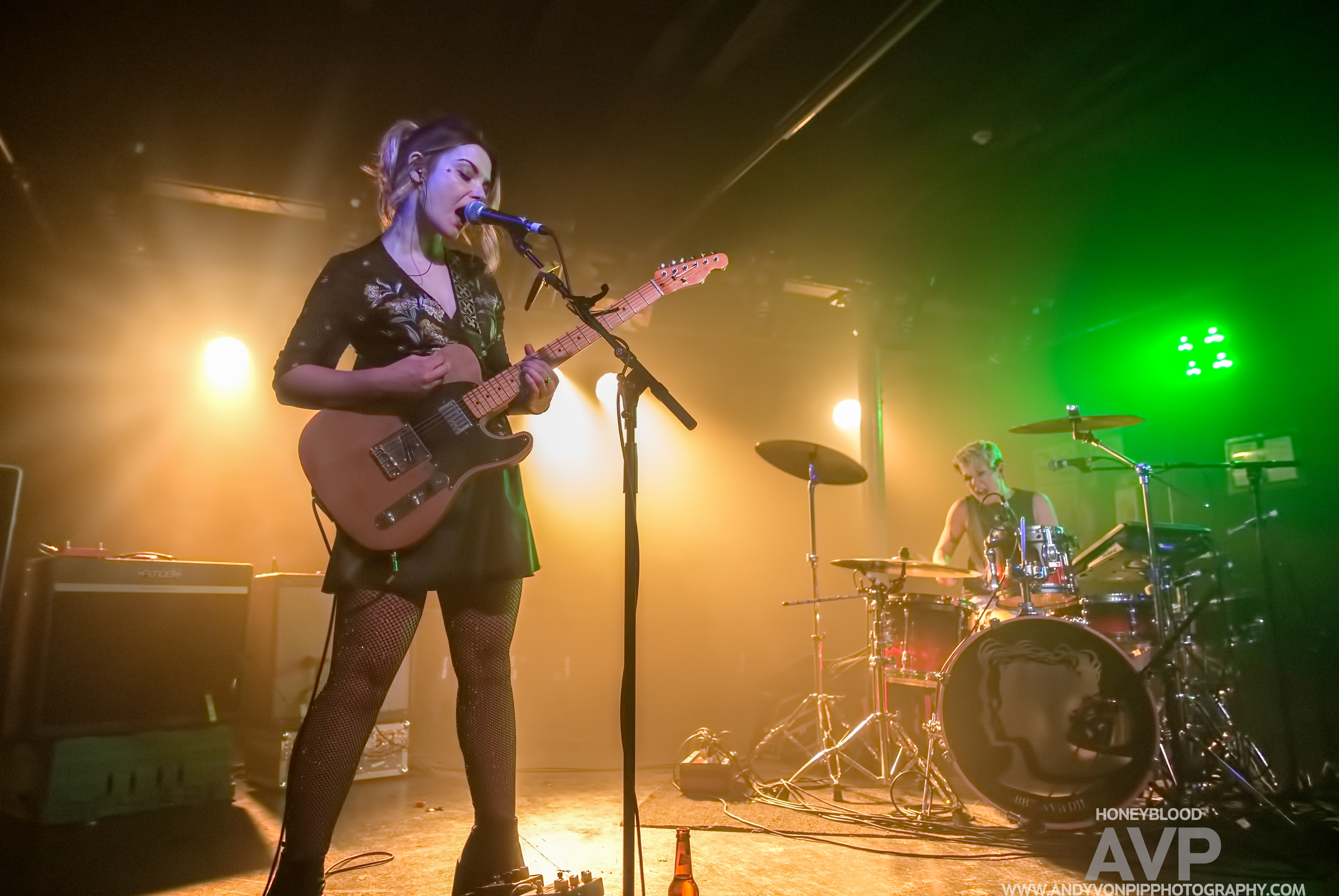 A massive leap forward following on from the Scottish duo’s debut album, which we thought was competent rather than thrilling.  ‘Babes Never Die’ sees Honeyblood scale new heights in terms of their songwriting and indeed singer-songwriter and guitarist Stina’s own vocal performance. A hugely enjoyable and likeable album full of melody and personality which shines through amid grungey serrated guitars. 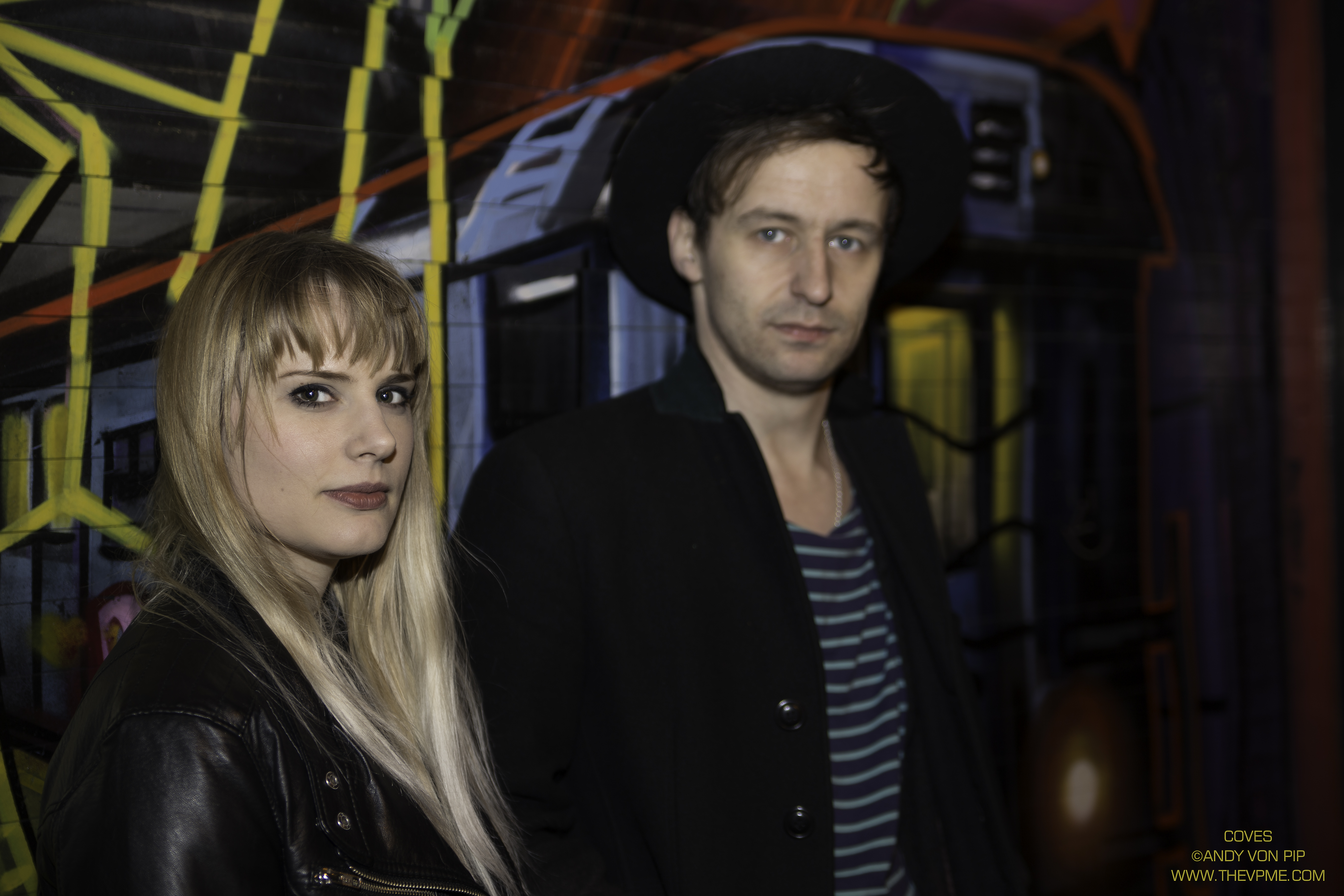 Peel is arguably a more ambitious and certainly a more confident sounding affair than Coves  debut. It still contains the duo’s predisposition towards shoegazey tinged glitter , replete with John Ridgard’s wonderful guitar embellishments, but it also hones their  pop sensibilities.