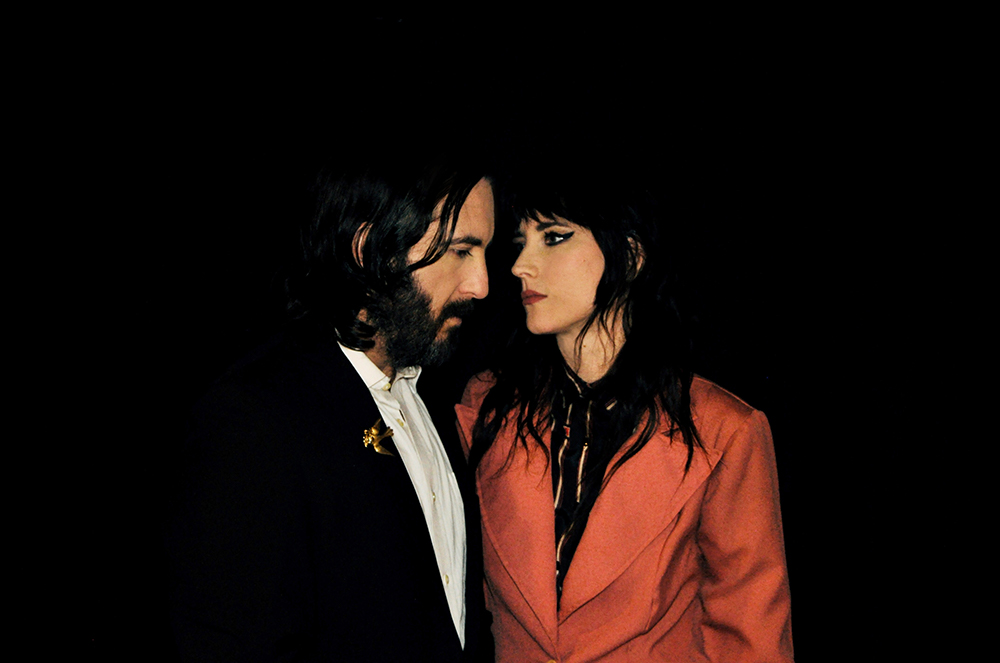 Wowsa, it’s been almost nine-year since I interviewed In The Valley Below and saw them live in Manchester, where for some unknown reason, I called one half of the duo Jeremy (INTERVIEW HERE) Angela gently told me his name was actually Jeffrey, but I wasn’t entirely convinced ;) – “is he absolutely sure about that ?”

The world has been through a torrid time during those nine years, for example, a crazy, deranged orange-hued lunatic was allowed into the oval office, Brexshit, a global pandemic, a war in Europe, James Corden, economic collapse, and Number 10 Downing Street is currently occupied by an actual sack of shit. And perhaps the clearest indication yet, that the End Of Days is rapidly approaching, Nottingham Forest have returned to the Premier League. :)

Yet some things have remained constant, such as the Echo Park-based duo of Angela Gail Mattson and Jeffrey Jacob Mendel’s ability to craft wonderful music. Their latest release, “Candy Hearts” which apparently began with a sample of their friend’s dog growling, is a heady mixture of throbbing electronica, propulsive beats, driving guitars and soaring melodies to produce a masterclass in towering wide-screen art-pop.

In The Valley Below’s music has always been difficult to classify, (unlike Andy McCluskey of OMD’s dancing who the band have been touring the US of A with recently) as they put it “stylistically elusive, yet oddly inclusive” (their music not Andy Mc’s dancing)

“Candy Hearts is the story of a fun, indulgent and shallow relationship,” says Angela Mattson, “the kind of relationship that is exciting but going nowhere. Inspiration came from many past love affairs. It started with this cool, dark instrumental track where we sampled our friend’s dog growling. The sound is buried deep now, but the feel permeates. It’s dark and sweet.”