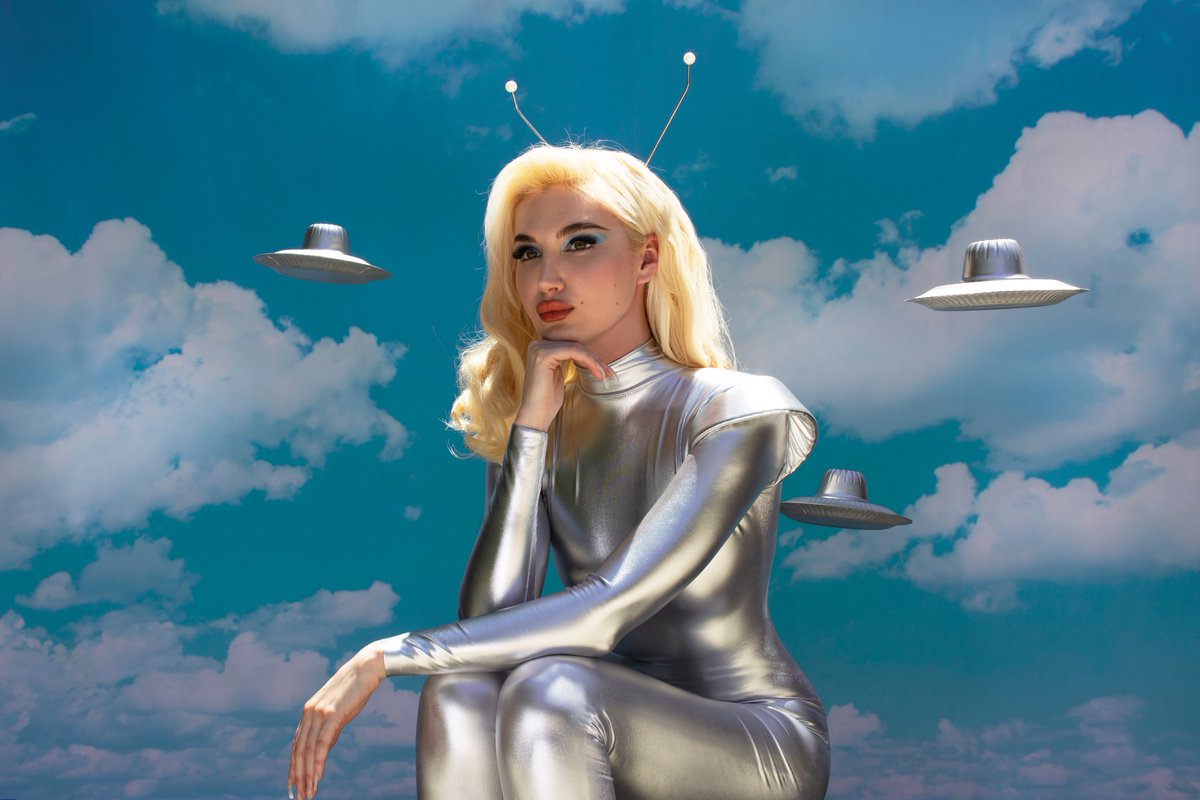 So after a weekend of all things cosmic at The Bluedot festival, it’s quite understandable that I’m not quite ready to touch down on planet earth just yet. And singer-songwriter Chløë Black apparently feels the same way as she dreams of being liberated by a ‘Spaceman’ on her latest tune.

She wants ‘a space, man, flying in her basement’ and if that euphuism isn’t quite clear enough she goes on to sing ‘Tequila/ My sunrise /An astronaut between my thighs/Light it up.’ It’s fairly obvious to those with pure, unsullied smut free minds what Chløë is getting at here, the lyrics clearly are simply about expressing a desire to thrust deep into the universe via a spaceman’s mighty rocket, to boldly go where no man (or woman) has gone before. It’s all about the destination rather than the ride.

Of course, pop and rock music has a long history of being fascinated by spacemen, cosmic travel and sexy aliens. The obvious touchstone for all is David Bowie’s Space Oddity, and then later Ziggy Stardust, the iconic androgynous fucked up rock star who was an earthly conduit for extraterrestrial life and was apparently ‘well hung.’ Elsewhere The Fountains of Wayne wanted an Alien for Christmas and Peter Perrett of the Only Ones sang ‘Space travels in my blood ‘on the new wave classic ‘Another Girl Another Planet.’  Professional arsehole and tantric sex aficionado Sting got in on the act with ‘Walking On The Moon’ (the temptation to replace the “l” with an “n” is always quite strong) and many wish he’d of stayed there, perhaps falling down a crater in the process.

But back to Chløë, many think of DIY artists as spotty herberts with fuzz pedals drowning in witch hazel and ennui, and possibly not singers at the more “pop” end of the spectrum, but Chløë’s sophisticated languorous seductive pop is all her own work, she’s has no major backing and is creating everything on her own terms. Having been down the often tortuous big label route she’s determined to produce music that represents her rather than be moulded into an industry beancounters derivative shrink wrapped homogenous idea of what pop should be. As a result, she demonstrates that pop music can be interesting innovative, seductive and of course on occasion as sweary as fuck.