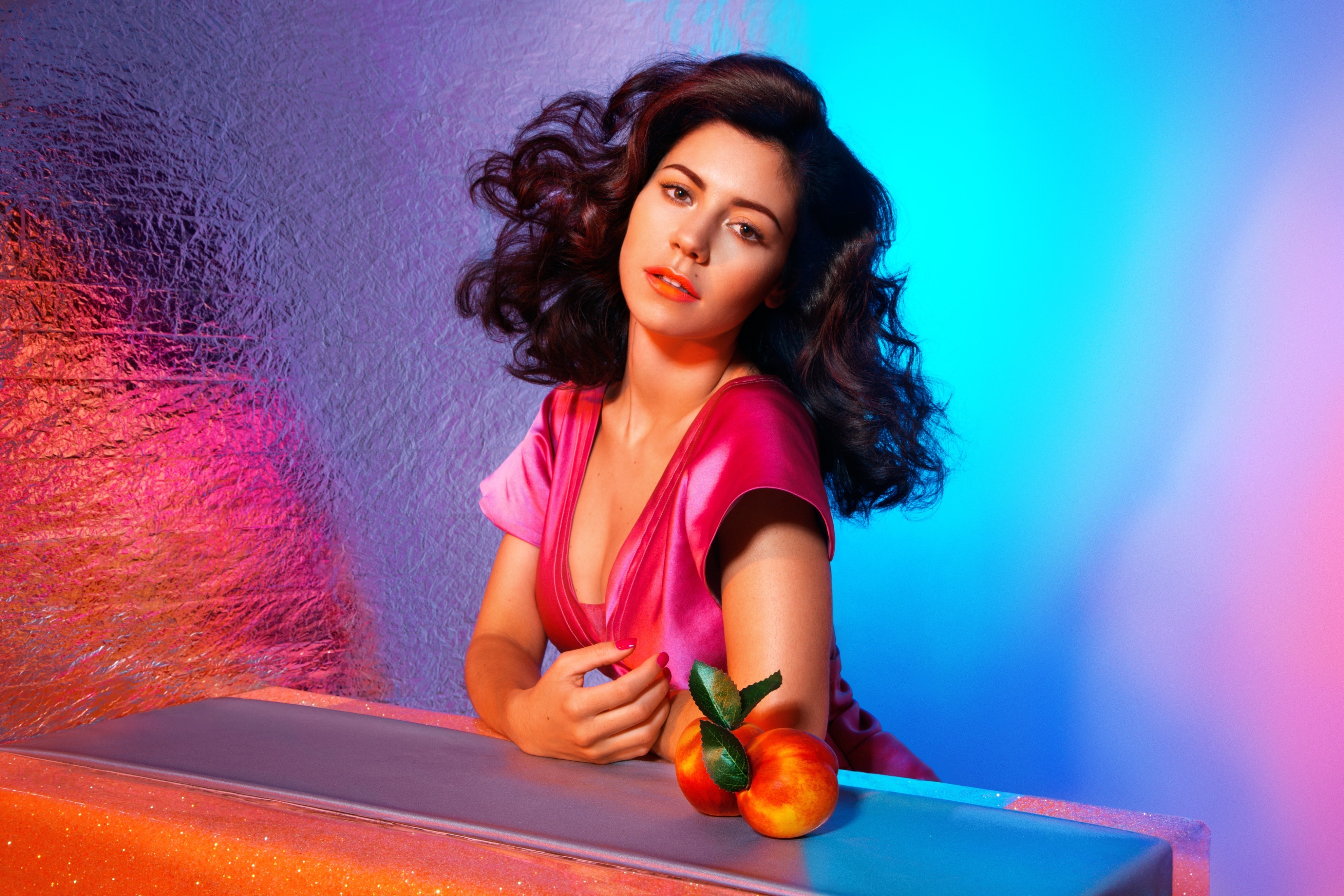 We first met Marina And The Diamonds back in the heady days of MySpace, the music and social media platform founded by an all-seeing munificent benefactor known simply as ‘Tom.’ Tom was great, even if his profile picture did look like he was standing at a urinal, caught mid-flow, but back in those carefree innocent days then unknown singer songwriter Marina Diamandis would upload lo-fi bedroom demos to share with her MySpace chums and often chat about them.  She came across as driven, ambitious but also warm and witty and it was obvious even in those early days that a/ she had a lot of talent and b/ she was, in the nicest possible way, a wee bit bonkers.  (Here’s our relatively sane interview with her from 2009 – Click)

Since then she’s appeared on the ‘BBC Sound of‘  list …released two albums ( with the second ‘Electra Heart’  debuting at number one on the UK Albums Chart)  gained an incredibly loyal legion of fans,  toured the world, played festivals, appeared in Vogue etc, etc.  Living the dream, you might think…  and yet she always seems to have had an uneasy relationship with fame and the whole being a ‘pop star’ thing.  In the past, there’s certainly been a love-hate dichotomy, whereby on one hand she can appear to celebrate pop star superficiality, and yet on the other hand berate its emptiness whilst seemingly striving for something much deeper.

Her last album was initially an enjoyable electro pop romp but it didn’t really stay with us, in many ways, it felt disposable, but such is the nature of popular culture and perhaps maybe that was the point?  She also adopted an ironic pop alter ego the titular ‘Electra Heart’ which baffled many, but it’s a technique many musicians have employed with varying degrees of success over the years.  Even Hank Williams adopted a ‘Luke the Drifter,’  persona, a pious wandering minstrel who travelled the countryside preaching the gospel, saving souls and generally being an all round good egg, not unlike a musical Ned Flanders, sans the 70’s porn star ‘tache.  ‘Luke’ was the complete antithesis of ‘Hank Williams’ – the dissolute wastrel and drunken user of women, and he was certainly considerably less fun.  So in terms of the pop alter ego, at its best you have Bowie’s legendary glam rock avatar Ziggy Stardust  and at the other end of the spectrum, you have a failed northern variety act finding fame with his incongruous parody pop star character ‘Robbie Williams.‘  In Marina’s case, ‘Electra Heart’ (the character) was something of a distraction with some critics suggesting it lacked depth (which again was kind of the point!) and coherence. Perhaps the timing didn’t help in terms of the albums critical reception because a few months earlier Lana Del Rey seemed to capture the zeitgeist with her take on the doomed grandeur and narcotic emptiness of the American Dream with the cinematic ‘Born To Die.’

The addition of ‘How To Be A Heartbreaker’ on the US version of ‘Electra Heart’ had us a little worried that Marina was veering into the terrifying world of camp Euro pop.  However, based on the evidence of the tracks she’s released from her forthcoming third album ‘Froot‘  she’s going back to her roots, getting back to what we believe she does best.  The latest track to emerge the superb ‘I’m A Ruin‘ is certainly as strong as her early songs, such as ‘I Am Not A Robot’ and ‘Obsessions’ and eschews the bombastic full on pop production in favour of something that whilst still polished with commercial appeal, is a little more nuanced and gives her voice room to breathe.

We do often wonder about the wisdom of labels signing talented young artists and then immediately pairing them up with co-writers and hotshot producers as part of their ‘artist development’ programmes.  The result is often that the raw shining talent that had initially attracted the label to the artist in the first place is considerably dimmed and replaced by something much more generic.  Nevertheless, that’s often part of the trade off, it isn’t easy out there and talk of ‘selling out’ is complete wankspangling tommyrot as Marina has never hid her intentions of wishing to become a full-on pop star.  The good news is that all the songs on ‘Froot’ are written solely by Marina, she’s co-produced it with David Kosten [Everything Everything, Bat For Lashes],  and it even has The Cure‘s drummer overseeing percussion. It could certainly prove to be her most ‘Frootfull’ collection of songs yet ;) 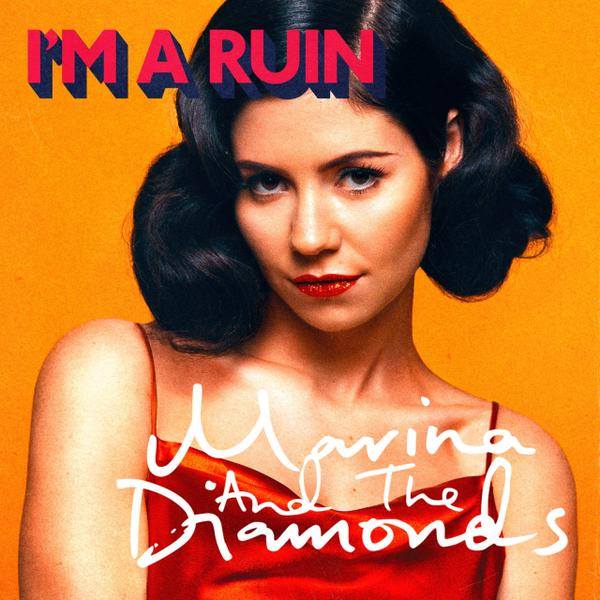