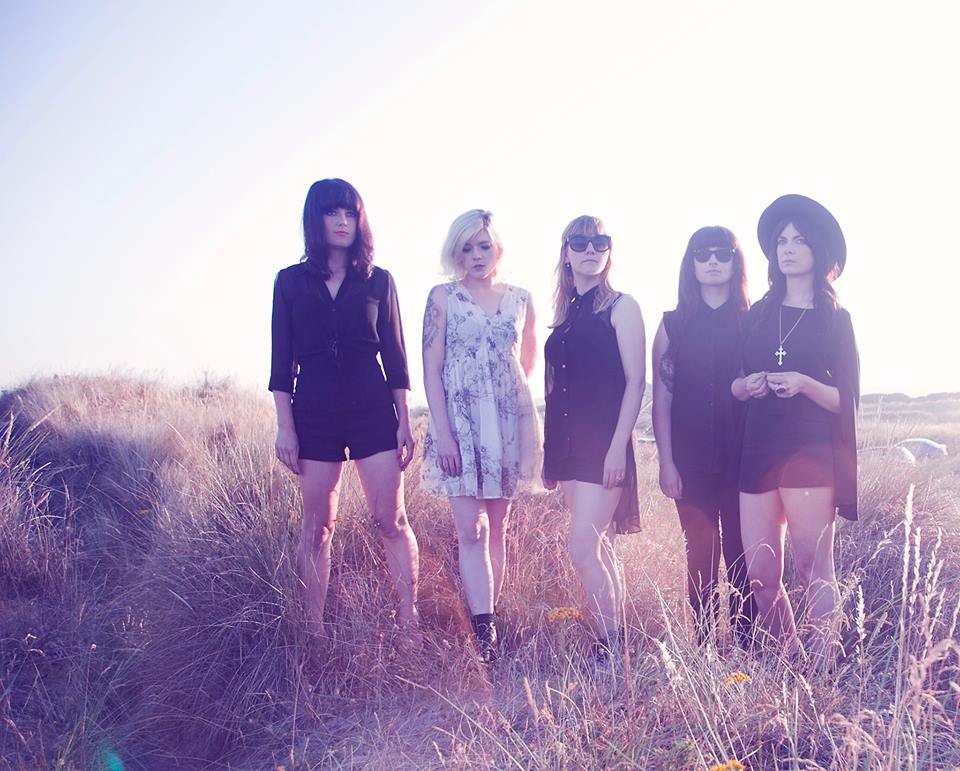 Although we are officially still on our hols, we’ve stepped back into the musical fray to bring you the première of September Girls fabulous new single ‘Ships” which is to be released on 7th September 2013, exclusively for Cassette Store Day via Haus of PINS records.

‘Ships’ is darker than their previous work, underpinned by a throbbing beat and ethereal shoegazey vocals. It demonstrates how the band are developing and expanding their sound, mixing menace and melody in equal measure to produce another fantastic slice of dark dream-pop.

The lyrics to lead single ‘Ships’ tell of not feeling in control, likening the feeling to being lost at sea and not knowing how to find the way back to safety. ‘You can see reasoning and common sense far away in the distance, but you are too immersed to help yourself,’ explains singer Caoimhe. The nautical theme is reflected in the cassette artwork – the Mariner’s Cross inspires the design of the hand-crafted packaging that is fast becoming the signature style of the Haus of PINS label.