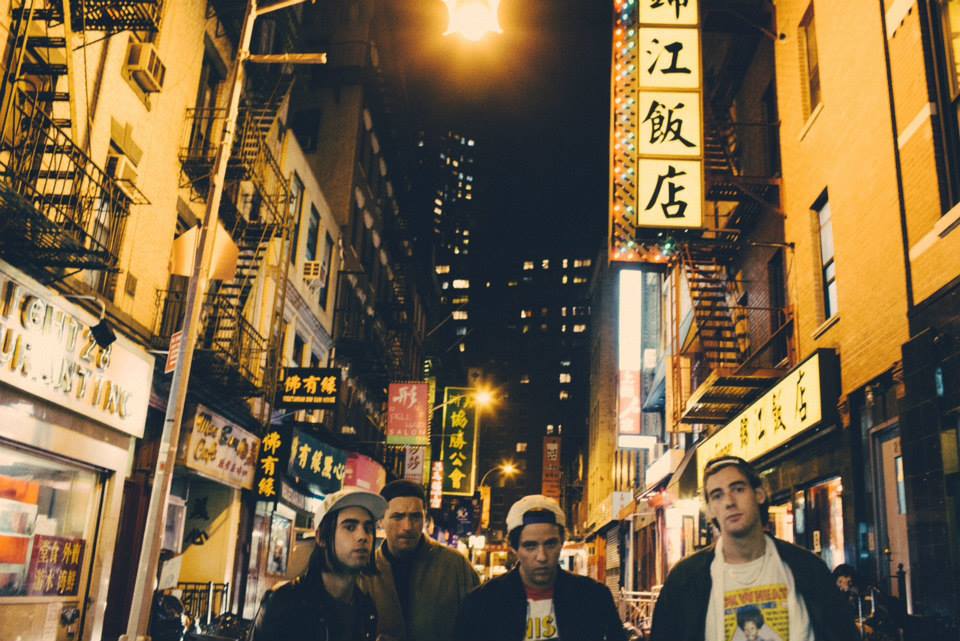 Ok a final track of the day for a while, for December beckons and with it comes the promise of endless lists, albums of the year, ones to watch, The Blog Sound of 2014, plus a few festive specials.

But for now it’s over to New York for Skaters who and have gone from strength to strength during 2013 winning hearts, minds and ears through playing the likes of SXSW and Lollapalooza as well as hitting the European festival circuit including Reading & Leeds, Hurricane & Southside, Rock en Seine, Oya, Way out West, Best Kept Secret, Pukkelpop among  others.

With their full-length début, MANHATTAN, confirmed for February 24th we expect 2014 to be a breakthrough year for Skaters.  Today’s featured track is ‘Deadbolt’, which is apparently a song about “an addiction to Karaoke” (see video.)  It’s a tune that combines the energy of early Supergrass juxtaposed with the laconic cool of the Strokes, (i.e./ The Strokes when they could be arsed to be a band) Skaters will be getting their skates on and touring the UK in Feb/March to promote the album so keep your eyes peeled.