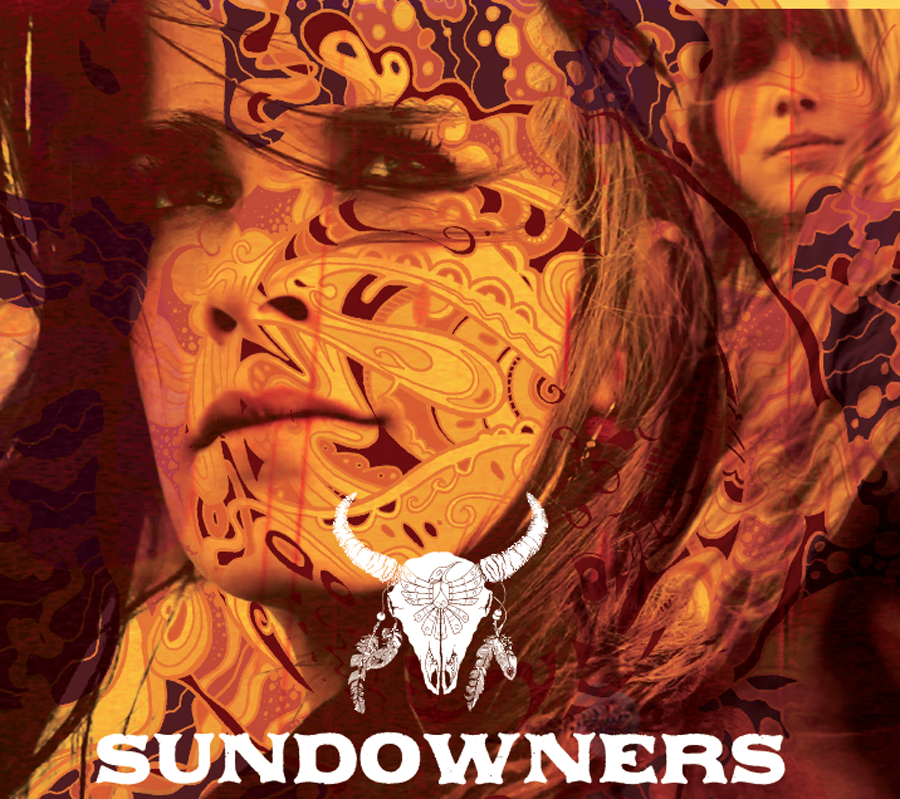 The Sundowners are from our side of the Mersey, the Wirral, it’s a peninsula don’tcha’ know,( which is the most interesting fact we can think of off the top of our head. ) The band have already attracted what promises to be this years most over used comparative term – ‘They’re a little bit Fleetwood Mac.” Well yes, quite, but aren’t we all?  I mean doesn’t everybody have a little bit of Stevie Nicks about them come the full moon, surely we all harbour a secret desire to vigorously shake our maracas like Christine McVie and who doesn’t dream of presenting a music awards ceremony with Mick Fleetwood as a co host? (A: – erm Sam Fox perhaps?)  . Actually scrub that last one *shudder.*

Of course The Sundowners could also be compared to the Mamas and Papas, the Byrds, or any number of bands imbued with that kind of free spirited  60’s/&70’s west coast vibe, and ‘Hummingbird’ doesn’t really go out of it’s way to repudiate that particular musical parallel. However if those who chuck about these comparisons like cheap confetti checked out some of the bands other tunes on their soundcloud page they may form the view that there’s actually a lot more going on. Who knows, maybe they’d contrast them to Blondie had they been around to witness the ‘dawning of the age of Aquarius” instead of hanging around CBGB’s?  But it may help free them from the Fleetwood Mac “albatross” ; ) *drum roll ,cymbal*

Actually we thought this single was released just before Christmas ? Which is in all honesty, a daft time to release anything new unless it’s a festively themed slice of hokum. Sadly new releases often get lost in the slew of end of year lists and wall to wall sleigh bells and so it makes perfect sense to give ‘Hummingbird’ a new lease of life. In fact on a cold winters morn such as this it acts as an aural ray of sunshine and puts us in mind of implausibly sunny days of yore spent on Hilbre Island. A magical place on the Wirral where we could read ‘The Electric Kool-Aid Acid Test,’ experiment with the concept of free love and ingest large quantities of weapons grade hallucinogenics…

‘Hummingbird’ will be released via Thin Skin Records on Monday March 4th 2013. It’s available as a limited edition 7”, it also features the B-Side, ‘No Going Back’ (demo version) and was recorded at Coral Caves during the summer of 2012. Both tracks were produced by The Coral’s James & Ian Skelly.