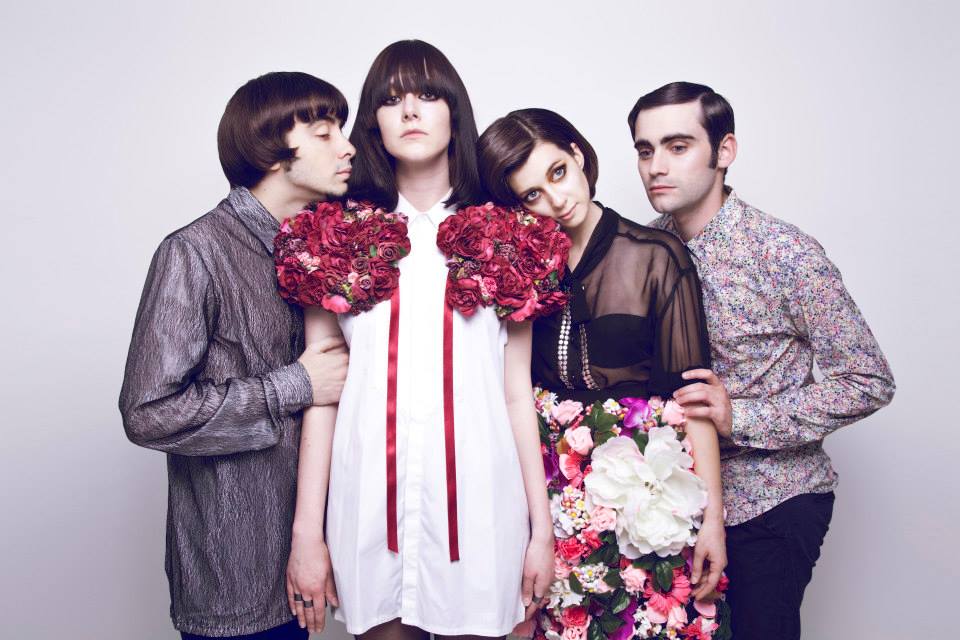 Parisian Psyche may not yet be huge in the UK, but one listen to Venera 4’s wonderful  ‘Deaf Hearts’Ep will have have you in raptures if shoegazy dream pop is your bag.  Not content with coming from one of the greatest, most inspiring cities in the world Morgane Caux, Annabelle Chapalain, Yann Canévet and Frédéric Tronel are fashioning the sort of beautiful noise that should make the musical world sit up and take note.

Named after a Russian space probe Venera 4 (Venus 4) which was launched from a Tyazheliy satellite in 1967, the band produce a gorgeous swelling dissonance of whirling guitars and driving beats, which really is out of this world – nous pensons que nous pouvons bien tomber en amour avec eux!  The Ep is released via Requiem Pour Un Twister records on 14 November 2013 and is available to pre-order via bandcamp