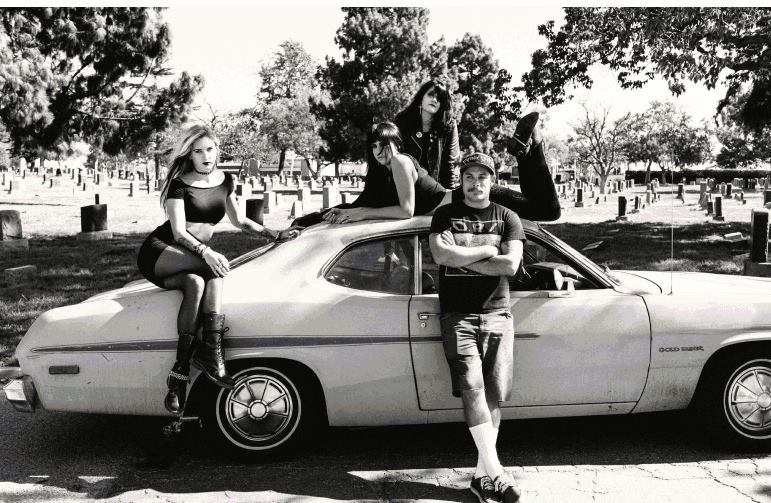 We seem to have been listening to a lot of in the way of incendiary guitar driven music of late, most it from the US of A and a fair proportion from L.A.

Is this perhaps a response to the fatuous idea being perpetuated (again) in the British music press, that guitar music is dead (yawn!)?  Is it a reaction to kick against the obsession within the UK’s music journalism intelligentsia to somewhat overstate the artistic merits of “manufactured pop as a genre”, seemingly suggesting that it really is the only sensible musical flavour for today’s enlightened middle-class intellectual.  Safe, catchy, polite…, and dull.

Maybe it’s none of the above, perhaps the reality is that after the veritable tsunami of insipid “Sound Of 2014″ music tip lists that have on occasion contrived to make the bland balladeering of malignant narcissist and royal lick-spittle Gary Barlow appear about as unhinged and edgy as Lux Interior we simply wanted something with a bit of HEART!  And perhaps this sparked the urge to seek out music that was slightly more  visceral and raw.  This is how we came across today’s band The Flytraps, a predominately-female rock ‘roll collective from southern California who kick some serious ass.

Forming in 2010 and bonding over a love of classic garage punk and rock n roll vinyl the Flytraps take their inspiration from surf aficionados and noiseniks around the world such as the legendary Cramps, Japan’s Teengenerate, San Francisco’s The Trashwomen, Lemmy and his chums in Motorhead and the lo fi budget rock of The Mummies. The Flytraps are explosive, venomous, sassy and have an innate understanding of how the dark primal heart of rock n roll beats.

Luke Haines recently stated, “rock n’ roll should be strange and interesting or at least it should be bad music made by bad people about bad things.”  The Cramps knew this, as do The Flytraps.  This is libidinous, sleazy speedball surf rock n roll and is everything safe, polite Brit School pop is not.  As John Savage said ‘Pop culture often starts with frenzied young women…’ so say hello to your favourite new band from the USA. 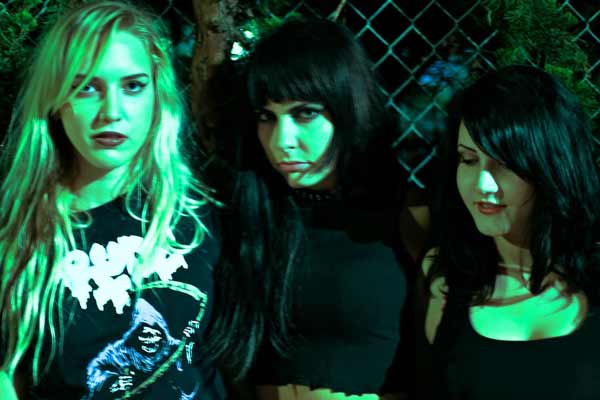