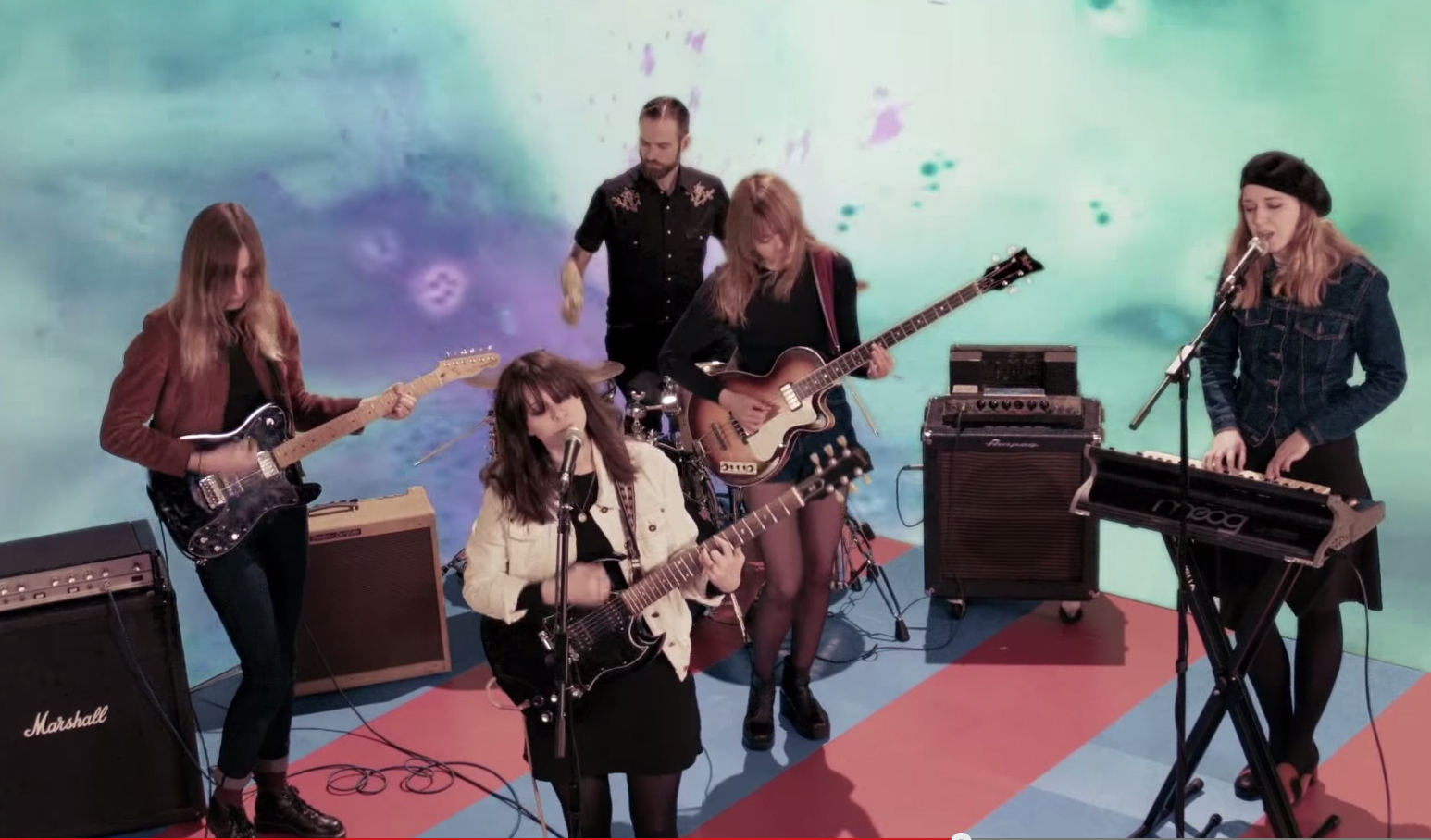 If we were young and hip, instead of cynical, dissolute and jaded we’d probably say we were ‘super excited’ at the prospect of Novella’s debut album.  We do love ’em but being old school we’d prefer to use the term, ‘we are as giddy as a gadfly’ in anticipation…  We featured the first single ‘Land Gone’ to emerge from their album a few weeks back (see HERE) and now they are back with trippy, cool as f**k video.

Visually it’s somewhat reminiscent of a retro Ed Sullivan TV appearance if you had perhaps dropped a small but potent quantity of acid.  The only downside when watching the video is, like us you may suffer a slight case of ‘beard envy’ when confronted with drummer Iain’s rather beautifully groomed facial adornment.