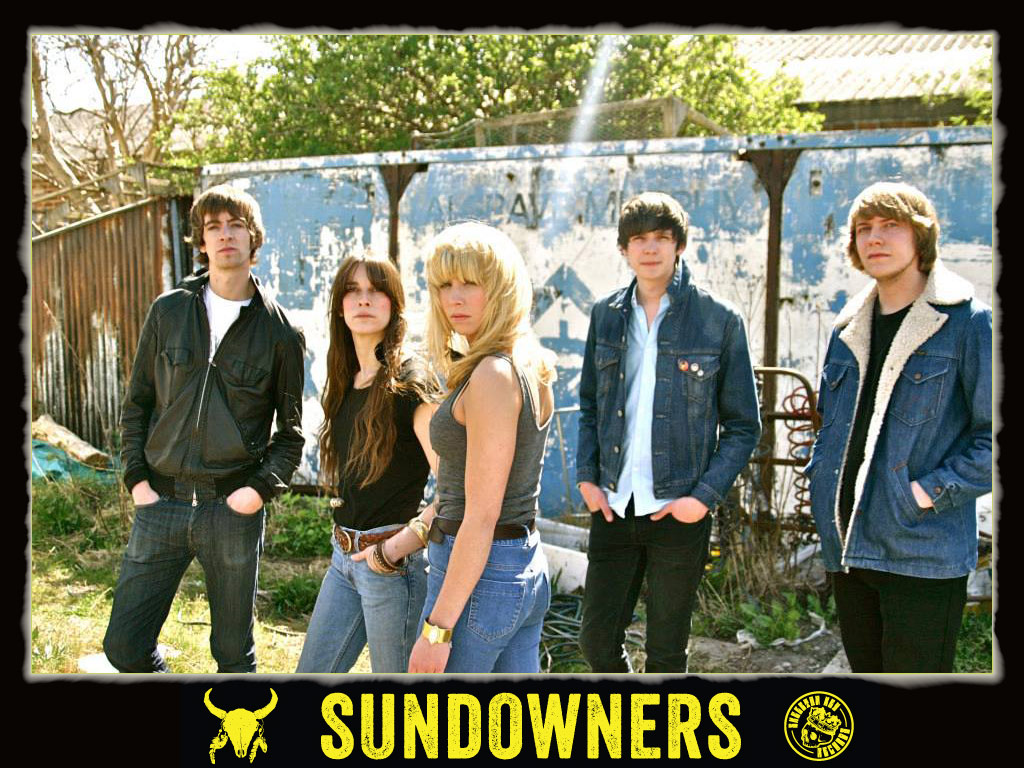 We occasionally get the odd, and we mean odd in the strictest possible sense of the word, anonymous emails berating the fact that we aren’t a local music blog.  Which makes about as much sense as writing to a local listings publication bemoaning the fact that they only cover local events?  People are strange and we find THIS is often the apposite response to such silliness.

That being said today’s interview is with a band who couldn’t be more local to our geographical position unless they moved in next door. The Sundowners are a Wirral 5-piece, influenced by, Fairport Convention, Rolling Stones, Fleetwood Mac, Jack White, The Byrds, and feature the dual vocals harmonies of front-women and rhythm guitarists Niamh and Fiona, backed by Alfie on lead guitar, Tim on bass and Jim on drums.  They mix sweet west coast harmonies with an increasingly boisterous pysche tinged edge, which seems to be coming to the fore as the bands sound evolves.

They are set to release their début album next year and will be one of the artists to feature in our Tips for 2014 list after pretty much sealing the deal  for us  with a fantastic, full on show stopping slot on the BBC Introducing stage at Glastonbury this year (watch it below. ) And so  before the deluge of ubiquitous end of year lists start to invade musically themed websites, we thought we’d have a chat with Niamh (pronounced Niamh) about The Sundowners, encompassing their hopes, dreams and schemes for the coming year.

VP:  Comparisons eh?  – It seems that The Sundowners have been compared to every 60s/70s west coast band from The Byrds to Fairport Convention to Fleetwood Mac… does it bother you or are you quite happy so long as the comparisons are good ?


Niamh:  Well, all of the bands we are compared to, we are all huge fans of so it’s a massive compliment. Of course if we were compared to the Wombles it would be a different story ha, but until that happens it’s fine with us.


VP: So how did the band actually come into being, was there an overarching master plan… or did it happen quite naturally?

Niamh:  It was definitely a natural process, me and Fiona had been playing together for a long time before we joined the band. Her brother Alfie was looking for a singer for his band and her brother James suggested us. We had our first practice together and Alfie couldn’t get rid of us ha. Tim and Jim joined shortly after the original bassist and drummer left. We’re all really good friends so playing together has never been a chore.


VP:  What have been your highlights so far, as a band, I imagine this year’s Glastonbury appearance has to feature (despite Alfie breaking his collar bone)

Niamh:  Yeah Glastonbury was certainly the biggest highlight. We’d been working hard for so long so it was the confidence boost we needed. As soon as we came back we wrote so many new songs, everything about that experience was positive. Even Alfie’s broken collarbone gave us loads of laughs!  I think as well when you hold your first vinyl is a great highlight. Me and Jim took it back to my house and put it on the record player, it was a great feeling.

VP: Although the digitalisation of music and the readily available technology has made it easier for bands to record and potentially reach an audience, do you think there’s more pressure on bands to deliver?  I.e./ with so much music being out there you really have to impress almost immediately, bands are often not given time to develop.

Niamh:  There’s always a good and a bad side to everything. In one sense we wouldn’t be where we are if it wasn’t for the internet but then again maybe we’d be further with our career if it wasn’t so easy to get free music. There’s no money for bands to record good quality tracks and develop in the studio.

If we had money to record our music we’d be on our 3rd album by now. Especially with 3 writers in the band, we’ve all changed and developed but we’ve left so many songs behind as we’ve changed. It would be good if people could hear that but we haven’t had the chance to record the majority of our music. Our sound now is completely different to Hummingbird which is the song most people have heard but that was 3 years ago now! I think it can be confusing when you see us live and we’re nothing like that now. Not that the audience don’t like the songs we play now it just would be nice if everyone could’ve seen and heard our progression.

VP: How do you write songs, is it individually, e.g. does someone do lyrics, someone have a melody which you jam on or do you all get involved from start to finish

Niamh:  Me, Fiona and Alfie all write the lyrics and chords. Some we’ll write on your own and some all together then we’ll take it into band practice and all work on it, everyone has their input so it’s definitely a group effort.

VP:  What’s next for the band, your currently recording an album is that set for release next year?

Niamh:  We’re recording the album with Skeleton Key Records which is James, Ian and Neville Skelly’s label. We’re recording it in Parr Street Studios where we’ve recorded all of our studio tracks. Hopefully it will be mixed and ready to release in spring next year.


VP:  Who would you say has most influenced your musical tastes the most?  I mean it wouldn’t be a Sherlock Holmes style leap to guess you’ve been brought up in musical households?

Niamh:  Well Fleetwood Mac is definitely up there, ha Peter Greens Fleetwood Mac too, we all love Tom Petty and The Heartbreakers. We’re all really into Blues too. We have all our personal influences too, I love traditional Folk and Country music, Alfie loves Springsteen, Fiona loves David Crosby, Jim loves Can and Tame Impala and Tim is a massive Jazz fan. Our sound is influenced by the music we’re into as a band but you can hear bits of our personal influences come through which is good.

Yeah all of our parents are really into music and of course the Skelly’s of the band have been in and around the music industry for years. Mine and Jim’s dad’s are guitar players, Tim’s dad was a piano teacher so music has always been part of all our lives.

VP:  You and Fiona also sing backing for James Skelly and the intruders are there any other side projects we should know about, maybe a secret Sundowners death metal spin off?

Niamh:  Haha that was a typo by NME*, it’s The Intenders haha! We all work with each other, if a friend asks you to help them or be on their music we’re all happy to be involved. But no metal spin off as of yet haha!

VP: Which artist past or present would you all most like to work with given the chance?

Niamh:  I’d love to have Jeff Lynn produce an album for us, I love the vocal sound he has on the Travelling Willbury’s and Tom Petty albums.

VP: If you had a group motto/catchphrase what would it be?

Niamh:  “Shut up Niamh” haha! Only messing! Ahh that’s a hard question to answer seriously. Maybe “If you don’t believe in it, it will never happen”. It’s hard trying to be a successful band these days but you have to keep going, what else are you gonna do?


Niamh:  Ha, our solution is to play so loud nobody can talk over you haha! When it’s an acoustic act I just think it’s rude to talk over them. I host an open mic night and I tell people off for talking over the acts and usually they shut up, if they don’t I get in their face ha! Sometimes it’s the only way to get through to people! 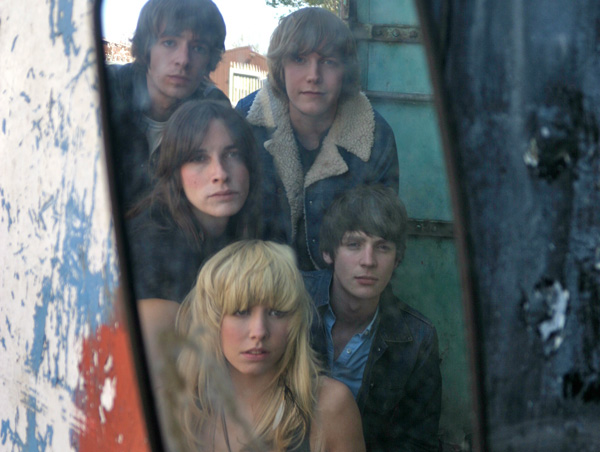