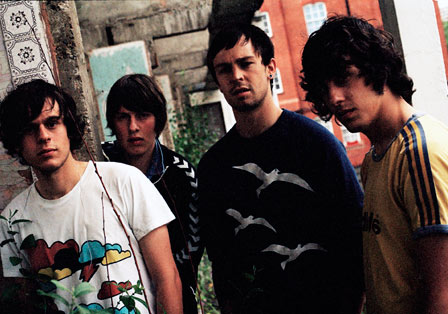 Little Comets release a single on a new Indie label called “Dirty Hit” , but I’ll shut up and let them explain “This is the first single we’ve released since parting company with our old label Columbia at the start of 2010. It’s taken us a while to break from their grizzly clutches as initially they wouldn’t let us have our album back…. but after deciding that it didn’t sound enough like Kei$ha they did”.. It’s accompanied by a fantastic video, think ‘This Is England’ meets Blur by way of the Kinks,  and they are even throwing in a free orchestral download of said single…

The Good Natured-“Be My Animal.”

The Good Natured AKA Sarah McIntosh is back with a new single, which is already receiving Radio 1 support from John Peels natural successor …Oh wait no it’s Scouting For Girls biggest fan, Fearne Cotton ..Oh well the law of averages dictates that Fearne will get it right occasionally, and she certainly has here. Mind you we were onto the Good Natured a while back and we interviewed Sarah earlier in the year  – click here, oh wait sorry , try here . She will certainly be on many blogs ‘ones to watch in 2011” list.

And here’s a free download of ‘The Prisoner’ the b-side to‘ Be My Animal.’ Sarah  was  inspired to write the song by Pedro Almodovar‘s  film, ‘Tie Me Up, Tie Me Down’ and asks  why some lovers have both emotional and physical power over us.

As Ash’s year long A-Z singles series – in which they released 26 singles over 52 weeks – draws to a close the band have been asking their fans to vote for their favourite single from the series.  The clear winner was Arcadia and so they’ve produced a new video to honour it !

Now then now then, ow’s about that.. erm Ok, so we (well me) on this blog are big fans of bands such as Curve, Lush and the Jesus and Mary Chain.  If you are also share such impeccable taste, we doth our cap to you and hope you enjoy the following two bands.

First up is  The Third Sound

The track below is from the  solo album from Hakon of Singapore Sling. The album conjures up of Black Rebel Motorcycle Club and The Jesus and Mary Chain, with plenty of white noise and rock n roll insouciance and let’s face it after viewing the shit fest that is Gary and Robbie’s pseudo gay fest , this can only be a good thing. Proper, no f**king about, visceral music.

“Going Down” By The Third Sound

Next  is a band called Blindness– who have recently released the ‘Confessions EP’. Fans of Curve MBV, Lush, NIN and the JAMC will no doubt be impressed by the throbbing beast of a song that is “Confessions” (below) which fuses loops, beats with searing guitars to devastating effect.

Talking of the Mary Chain, it seems our recent interview with Jim Reid has started a few rumours!! Jim saying he “wouldn’t rule out playing “Psychocandy” has been interpreted as “Mary Chain to play 25th Anniversary shows” …The NME, Clash and Spinner all picking the interview up.

Retro Track of the Week