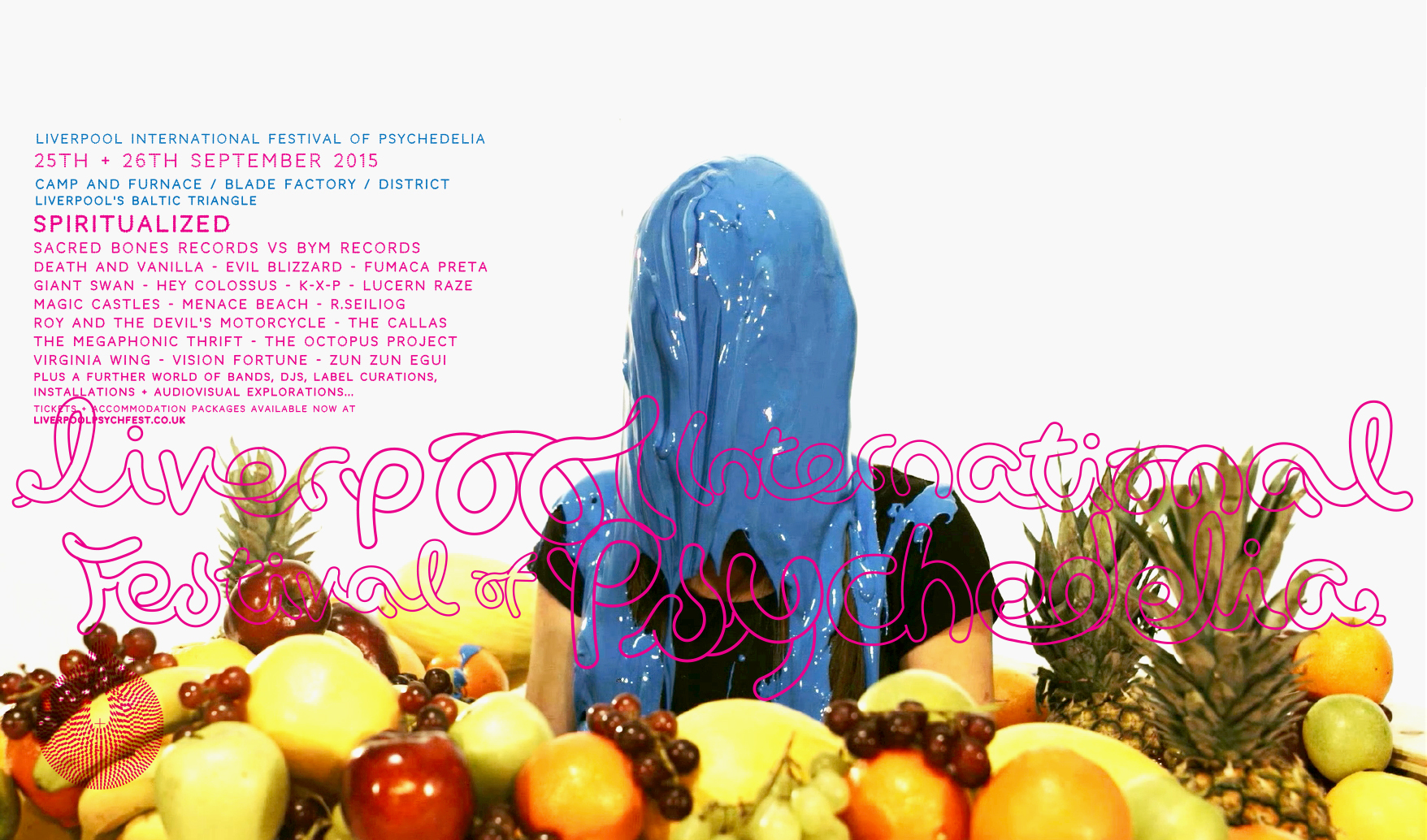 The iconic British space-psych pioneers SPIRITUALIZED are announced as the first headline artist for LIVERPOOL INTERNATIONAL FESTIVAL of PSYCHEDELIA 2015. Tickets and accommodation packages go on sale today for the two-day happening over 25th+26th September, held across the warehouses and recesses of Camp and Furnace, Blade Factory and District in Liverpool’s Baltic Triangle.

For fifteen years, Spiritualized’s Jason Pierce has been at the vanguard of interstellar head music, releasing seven genre-defining studio albums alongside countless collaborations and live cuts. The group’s headline performance at Liverpool International Festival Of Psychedelia 2015 comes ahead of the release of the band’s eighth LP later this year and position’s Pierce in his rightful place at the head of the neo-psychedelic table. This follows Liverpool Psych Fest being named ‘Best Small Festival’ at the 2015 NME Awards last week.

Liverpool Psych Fest are also suitably PZYK’d to announce an exclusive collaborative curation between two of their most loved labels, Brooklyn’s SACRED BONES RECORDS – home of Moon Duo, Amen Dunes and Psychic Ills – and Santiago, Chile’s BYM RECORDS – The labels will be taking control of the festival’s main stage and curating a bill of artists from their inimitable rosters, plus a host of additional happenings. Full details will be announced in due course.

The 2015 edition follows last year’s sold-out and critically lauded installment of the festival.     This year the Baltic Triangle festival site will benefit from an additional performance space, with District – a converted manufacturing facility – joining the existing complex of warehouses across Camp and Furnace, and the Blade Factory. Organisers are also planning a wide expansion of the PZYK Gallery and Village – which were successfully introduced in 2014 – plus the festival’s trademark world of scintillating artist curation from across the PZYK cosmos, DJs, label curations, installations and audiovisual explorations.

The first announcement in full…