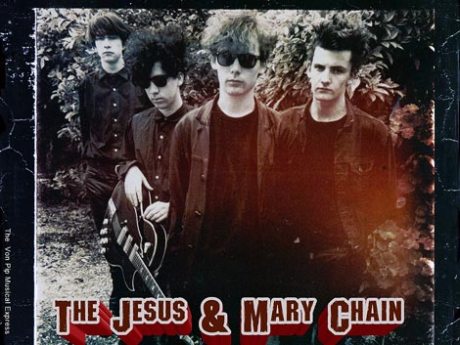 “All Things Must Pass” By The Jesus And Mary Chain

Any new Mary Chain news in these here parts is good news and Jim Reid recently recorded an hour long special with Matt Everitt for BBC 6 Music to discuss his life , career and the musical influences that shaped the Jesus And Mary Chain. It’s part of the station’s ‘First Time’ series and will be broadcast on Sunday (7th November) at 12.00. You can listen again on-line for 7 days following broadcast. See link below.

Jim also features in “Upside Down”, a documentary charting the history of Creation records, which also ties in with the release of a wonderful 2-disc retrospective- “Upside Down-The Best Of The Jesus And Mary Chain” .

We have been given exclusive permission to stream one of the tracks from compilation (see above), a studio recording of “All Things Must Pass” originally released on the soundtrack album for the NBC television show, Heroes. It’s also the first new song to be released by the Jesus and Mary Chain since 1998.

Well last Christmas Jim adopted the mantle of an indie Val Doonican for our Christmas special and shared some of his fave tracks with us (HERE .) And in October this year we interviewed Jim ( HERE ), with regard to the 25th Anniversary of their classic “Psychocandy“ album.