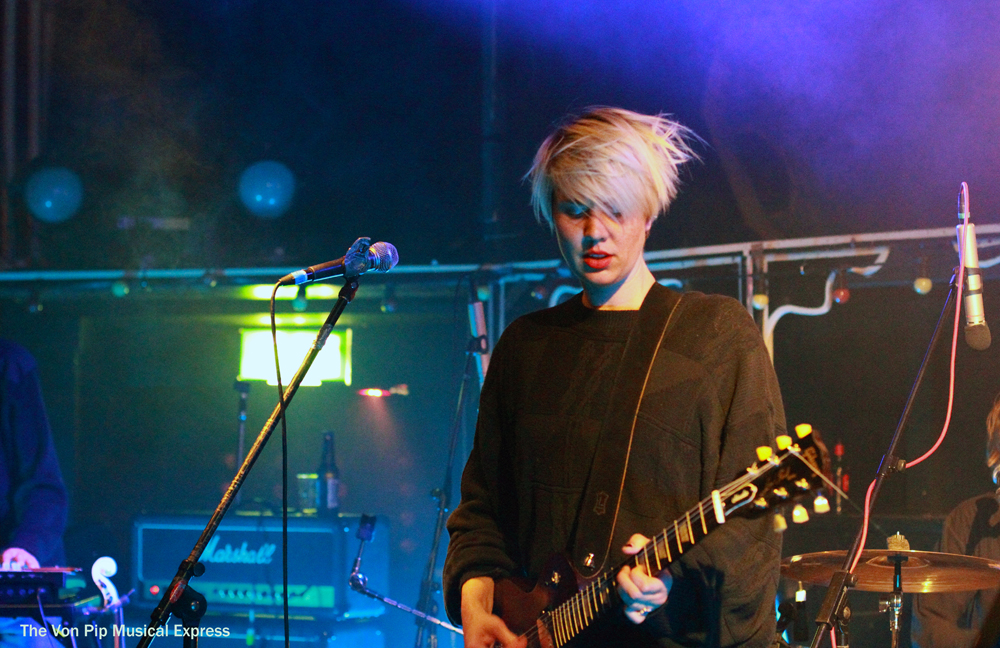 Some artists make much more sense in the live setting, take for example Erika M. Anderson’s ( EMA to you and I) album  “Past Life Martyred Saints.”  Whilst showcasing her many talents as a songwriter it’s only when you see her perform the album live you realise how it singularly failed to covey this girls charisma and the visceral nature of the music.  Her set at Liverpool’s Kazimier was nothing short of epic, throwing herself so completely into each song she almost became a woman possessed. Suddenly the album took on a whole new dimension, mixing subtlety with raw power to devastating effect. Many of EMA’s tunes begin slowly but steadily grow in intensity before reaching an ear shredding crescendo of crashing power cords, which tonight  EMA decided to play off stage and she hurled herself into  audience on a number of occasions.  At times you feared she might take somebody’s head off wielding her guitar like a sonic machine gun, totally lost in the moment.   A mesmeric performance. Under normal circumstances EMA would have been a tough act to follow, but Zola Jesus is no ordinary performer and she wowed the crowd in Liverpool putting on a performance that befitted the 8th Birthday celebrations of Liverpool promoter Revo’s Club Evol.  Playing a selection of highlights from her latest album “Conatus” and her break through album “Stridulum II “you marvelled at her seemingly limitless energy and wondered how such a petite frame could play host to such a huge, powerful voice. When she wasn’t leaping off stage to dance with the audience she was clambering about the multi levelled stage or tying herself up with her mic lead, resembling some sort of sacrificial Norse high priestess.  Backed by her leather clad all male band who rocked the gothic biker gang look,  ZJ’s voice, like the moon glinting off a lake of black honey, seemed to illuminate the whole venue with  it’s cool dark beauty.  A fabulous performance that engaged an enthusisiatic Liverpool crowd from start to finish. EMA and Zola Jesus may not have quite been a religious experience but as a double bill they were certainly a match made in Heaven.