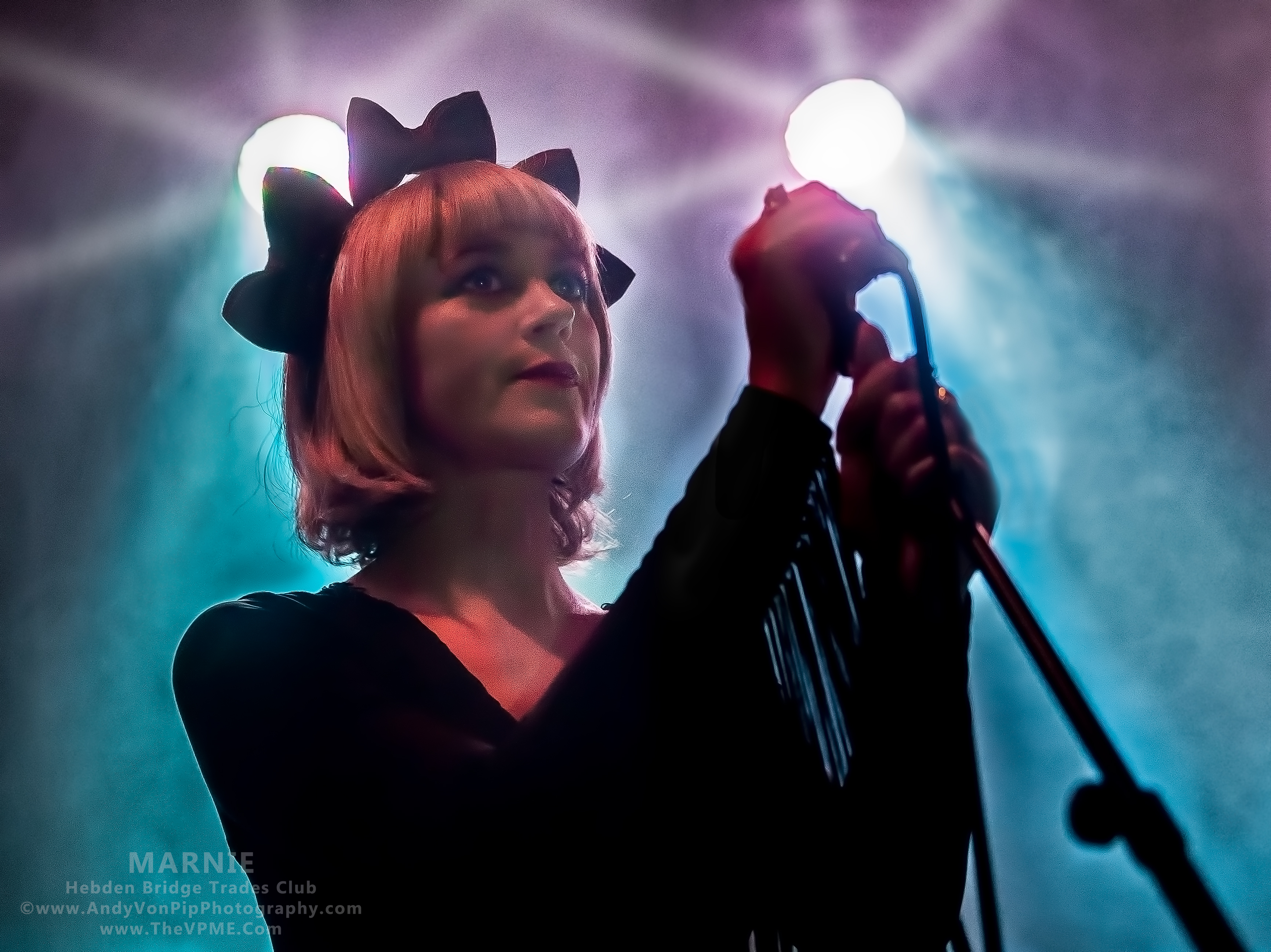 Whilst Kanye headlined Glastonbury we caught up with one of our musical heroes Helen Marnie from Ladytron ..Review and live picture gallery below.

Had circumstances been different we could well have been standing in a  field in Somerset last Saturday night, and it probably would have been great fun.  However, any fun would have been tempered by the knowledge that we’d have been missing a rare live show from Ladytron’s front woman Helen Marnie.  So having eschewed the delights of Glastonbury and Kanye’s gargantuan ego, we headed to the beautiful West Yorkshire Market town of Hebden Bridge, specifically to the Trades Club to catch Marnie… and we weren’t disappointed

Whilst all four members of Ladytron have embarked on various solo projects in recent years, it’s Helen who appears to have remained the most musically active.  Her debut solo long player ‘Crystal World’ was our own album of the year in 2013, and we described it as demonstrating ” how inspiring, poignant, and engaging pop music can be when it’s produced with such eloquence and sincerity.” So suffice to say we were rather excited at the prospect of seeing it performed live – although perhaps not as excited as the young Dutch chap stood next to us, who admirably had travelled  all the way from Amsterdam just for this gig!

Electronic duo U.V. who had previously caught our attention with tracks such as Receiver and Cuts opened proceedings with a darkly compelling set.  Illuminated by just two red lights, singer Zandra Klieven’s haunting voice allied to & Jonjo Feather’s brooding beats created an ethereal soundscape that sounded not unlike the musical lovechild of Alison Goldfrapp and Trent Reznor.

If we had any questions or concerns about how ‘Crystal World’ would translate, live with a full band, we need not have worried, because Helen has assembled a group of hugely talented musicians to bring her songs to life.  Backed by Emer Tumilty on synthesizers and backing vocals, Jonny Scott who has played with the likes of the The Kills on guitar and synthesizers and Peter Kelly (Moon Unit) on drums Helen kicked off the set in fine style with the opening two tracks from her debut in the shape of The Hunter and We Are The Sea.  She then informed the crowd that she intended to  mix things up and launched into a sublime version of Playgirl from Ladytron’s debut studio ‘604’ (where it all began for us).  There was a storming version of Sugarland, replete with coruscating shoegazy guitar flourishes from Jonny, a pulsating hypnotic rendition of Runaway from Ladytron’s 2008 ‘Velocifero’ album, before things were slowed down with the hauntingly evocative, almost Bronte-esque Laura.  Hearts on Fire sounded like the huge electropop festival anthem it undoubtedly deserves to be, whilst Wolves was introduced as the newest song in the set.  On first listen it’s not a song you’d consider sounding overtly political but it was inspired by the Scottish Referendum, the need for change and the fact that people are sick and tired of a self-serving Westminster elite, as such, it was delivered with real passion.

We were treated to another Ladytron classic in the form of Soft Power followed by ‘Crystal World’s’ devastatingly beautiful closer Gold before the set itself was brought to an end with Ladytron’s hypnotic minimalist pop classic Seventeen inducing dance moves from the audience that ranged from the energetic to the ill-advised ;).

The only slight hitch arrived during the encore, when, as Marnie performed the dramatic epic instrumental outro to ‘Submariner a rather excitable young lady had one of those ‘well it seemed a like SUCH a good idea at the time after a full bottle of wine’ moments and constantly quizzed Helen as to where she’d bought her stage outfit and where could she purchase such a wondrous garment?   As Mark E. Smith discovered during his Glastonbury set, there’s a time and a place for everything, and this was certainly not the time to be seeking fashion advice.   To her credit Helen concentrated on the job in hand, laughed it off and concluded a fantastic gig with perhaps Ladytron’s most beloved tune Destroy Everything You Touch.  That’s how it’s done, Kanye take note ;)

“Crystal World” is  available via Amazon and I-tunes 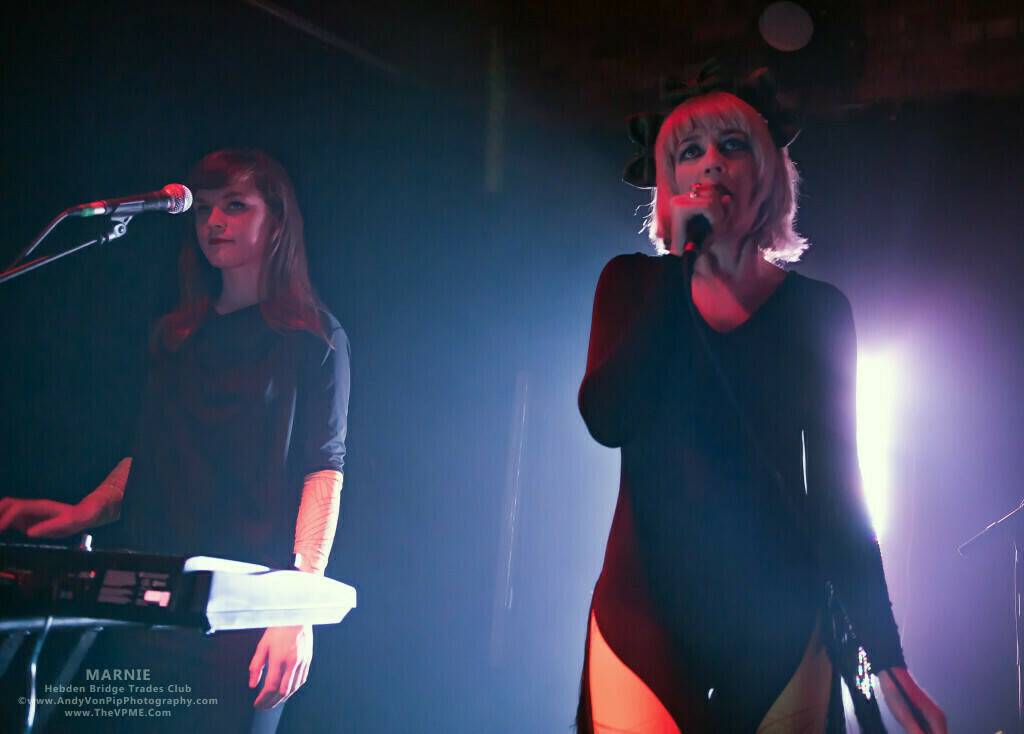