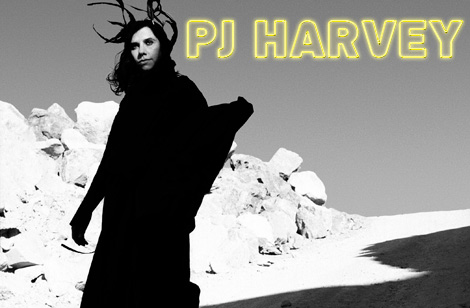 “Written On The Forehead”  By PJ Harvey.

PJ Harvey’s eighth studio album ‘Let England Shake’ is set to be released on the February 15, 2011 on Vagrant Records in the U.S.

‘Let England Shake’ was recorded in a 19th Century church in Dorset with long time collaborator Flood who co-produced the album with PJ Harvey, John Parish and Mick Harvey. The record was also mixed by Flood.

The new album will be supported by a run of sold out live shows early next year, with dates in Brussels, Berlin, Paris, and London’s Troxy on February 27th and 28th.  2011 will also see Harvey return to the festival stage, with more details to be announced. PJ Harvey will perform with a live band which includes Mick Harvey, John Parish and Jean-Marc Butty.

A new album track will be previewed at the official website www.pjharvey.net beginning Tuesday November 30.  The completed tracklisting for ‘Let England Shake’ is as follows:

3. The Glorious Land
4. The Words That Maketh Murder

8. In The Dark Places

11. Written On The Forehead

12. The Colour of The Earth