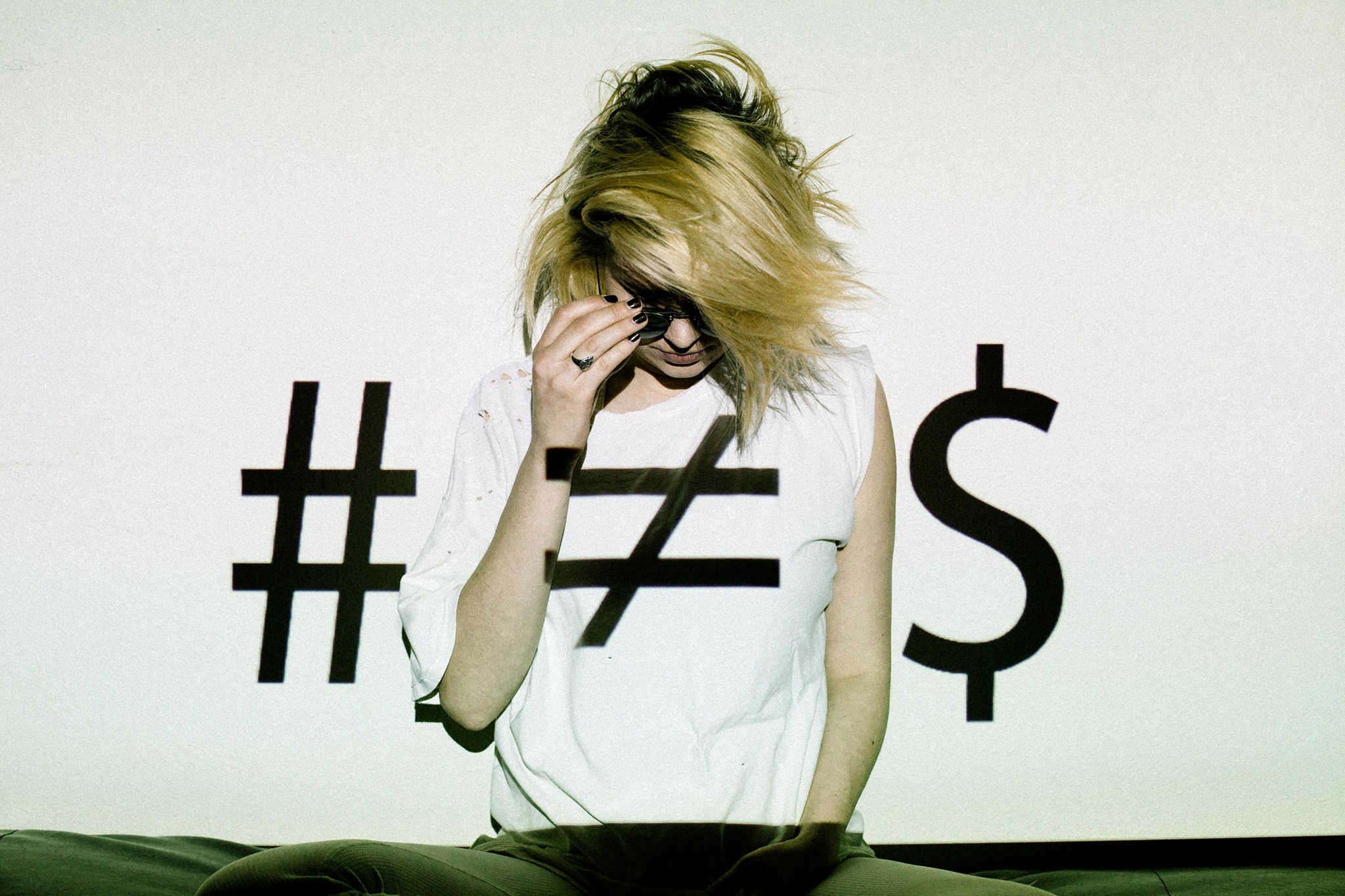 (EMA) Erika M. Anderson’s 2011 debut ‘Past Life Martyred Saints’ was a brutal raw emotionally bruising affair.  It was certainly not an album for the faint- hearted, referencing subject matter such as DV and self-harm and saw EMA teetering on the precipice of despair before defiantly pulling back.  It was quite rightly universally praised for its honesty, intelligence, and the scope of its ambition.

If ‘PLMS’ was predominately a purgative, inward looking exercise in examining her own emotional lesions, her second album ‘The Future’s Void’ looks outward and examines how technology is affecting the way we interact with each other.  It holds an obsidian mirror up to the selfie-obsessed narcissism of our online virtual lives, our vapid celebrity baiting  and considers how this is changing our attitudes whilst blurring the lines between the real and the hyper-real.

The static filled rush of album opener ‘Satellites‘ referencing the Berlin Wall and the Iron Curtain may not so long ago, have seemed a tad paranoid in this brave new post glasnost world.  However, given Russia’s recent annexation of Crimea it now seems hugely prescient, even more so given that it was written pre -Snowden and pre-the NSA global surveillance disclosures.  It’s an explosive electro soundclash which perhaps should also prompt us to ask ‘Quis custodiet ipsos custodes?’  and it sets the thematic tone for much of the album.  The grungy ‘So Blonde’ features a throat exploding riot grrrl roar and deals with dehumanisation and consumption via technology “How many bits do we have to reduce the dancing blonde babe to before she is no longer a symbol of sexiness?  At what point do tits become simply bits?’

The crushing beauty of ‘3Jane’ (Lady 3Jane Marie-France Tessier-Ashpool from William Gibson’s cyberpunk classic ‘Neuromancer’) is undoubtedly one of EMA’s finest moments to date.  She describes the song as the lyrical centre piece of the entire album – “Feel like I blew my soul out across the interwebs and streams/it was a million pieces of silver and I watched them gleam/it left a hole so big inside of me/and I get terrified that I will never get it back to me.’ In an age when twitter storms, trolling, cyber-bullying, and stomach churning misogyny have all made front-page news it examines the unforeseen consequences of having an online presence.  EMA said in a recent blog post, “No one was really ever that mean to me on the internet…  Sure, there were bitchy things in the comments of videos, but organized trolls never unleashed a wave of death threats on me, and only a few people suggested that I kill myself.  So the internet never actually did that to me.  But it did that to somebody.  “

The tribal drumbeats and electronic hum of ‘Neuromancer’ explores the implications of the en-masse upload of personal information to an online database.  Are we perhaps unwittingly handing the keys to our soul to the marketeers, the corporations, the spammers, and the trolls?  These are questions that perhaps can only be fully answered in the future, but A.I. is with us in the here and the now.  Social media algorithms can already compile pretty much everything there is to know about us based on what we upload, our likes, our dislikes in order to deliver targeted advertising in our news feed.  The song conjures up visions of Mr Zukerburg and his facebook cohorts, cast as Luciferian figures clipboards in hand, harvesting souls to trade for ad revenue – after all  ‘They know more about the things you do”  than you do.

However, ‘The Future’s Void’ is most defiantly NOT a rant about the inherent evils of the internet, far from it; EMA has said, “it’s pretty pro-internet because it’s so diverse.”  It’s more about human behaviour and our interaction with technology.  It’s an album in which EMA’s own occasionally unsettling experiences of online comportment and attitudes are explored and is a conversation, which is wholly necessary in order to understand where we might be headed.

In essence, ‘The Future’s Void’ is a truly remarkable body of work that is intelligent, full of wit and wisdom, thought provoking and beautifully realised.  It’s an album that is musically diverse yet works wonderfully as a cohesive whole.  An album in which evocative tunes such as the slacker beauty of  ‘When She Comes’ and the wonderful ghostly Star Spangled Banner meets OMD of ‘Dead Celebrity’ ( ‘Cos we wanted something timeless in this world so full of speed‘) are artfully woven amongst the epic sprawling dystopian electronica and feedback on songs such as ‘Solace’ and ‘Cthulhu.’ (Don’t bother trying to pronounce it; the name derives from a tentacle headed cosmic demi-god created by writer H. P. Lovecraft who advised it cannot be articulated by the human tongue.)

It tells of EMA’s relationship with technology and her fear of being disassembled and repackaged as a product, of the double edged sword of ‘celebrity’ because  more so than ever due to the internet’s influence, when you step into the spotlight you also step into the firing line.  However, as EMA herself knows there is no art in the absence of risk.  And this really is as good as it gets.  A towering album of huge significance.

The Future’s Void is out on April 7 via  Matador (US) / City Slang (EU) – available on iTunes: or on Amazon: 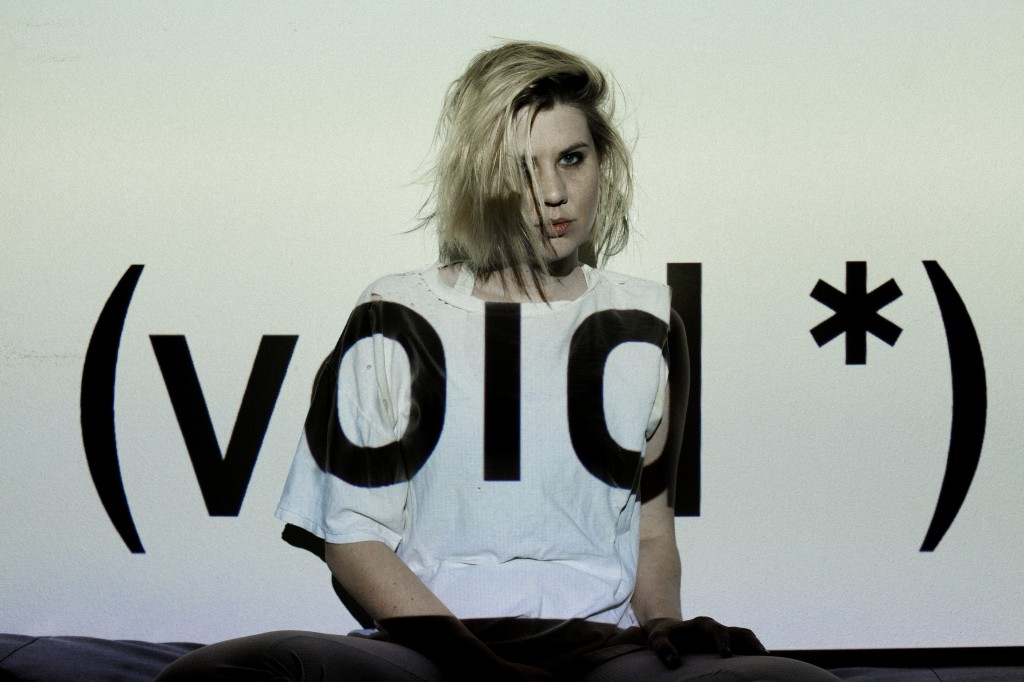