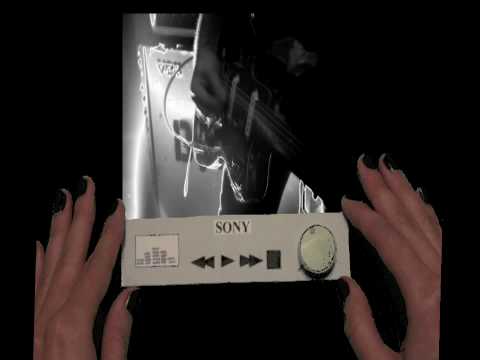 ‘So High’ By Ringo Deathstarr.

Some albums are released; some albums ‘drop’ and some albums are unleashed. The latter certainly applies to Texan based  trio, Ringo Deathstarr.  Their debut album ‘Colour Trip’ unleashes a riotous effect laden aural assault that very much takes it’s cue from shoegaze noise merchants such as  My Bloody Valentine and Ride  but combines it with the swaggering  wall-of-sound rock n roll/pop sensibility of The Jesus  & Mary Chain.  Or as guitarist Elliot Frazer puts rather more succinctly ‘“We write cool little pop songs but we just bury them under loud amounts of noise”

The off kilter disorientation of  album opener ‘Imagine Hearts’ in which bassist Alex Gehring assumes vocal duties,  sounds like  an angel being sucked into the roar of a jet engine. The blistering ‘Do It Everytime’ is prime cut Mary Chain with Eliott Frazer sounding uncannily like Jim Reid,  ‘ So High’ is dream pop via The Shop Assistants and The Pains Of Being Pure At Heart, whilst ‘Two Girls’ conjures up  Lush/Cocteau Twin era shoegaze.

‘Colour Trip’ is a sonic juggernaut of an album, but unlike some ‘shoegaze’ style bands of recent years  the band have remembered noise and effects without tunes can often sound like, without putting too finer point on it, self indulgent  arse wankery.  And crucially beneath the pulsating reverb,  sonic squall and soaring guitar riffs Ringo Deathstarr  have also written some pretty darn fantastic pop tunes. Tracks such as ‘Tambourine Girl’ are infused with sonic beauty and raw power sounding rather like  MBV meets the Ramones whilst  ‘You Don’t Listen’ could quite happily sit next to the Jesus & Mary Chain’s ‘Upside Down’ without too much embarrassment.


Ultimately detractors will piss and moan stating this is nothing new and that this style of music has been done before, and done better. But really, who gives a flying f**k? We can over analyse everything in life, to such a point at which all the joy is extracted  from a given moment. Instead don’t get too hung up on what’s gone before, just sit back and enjoy the trip.