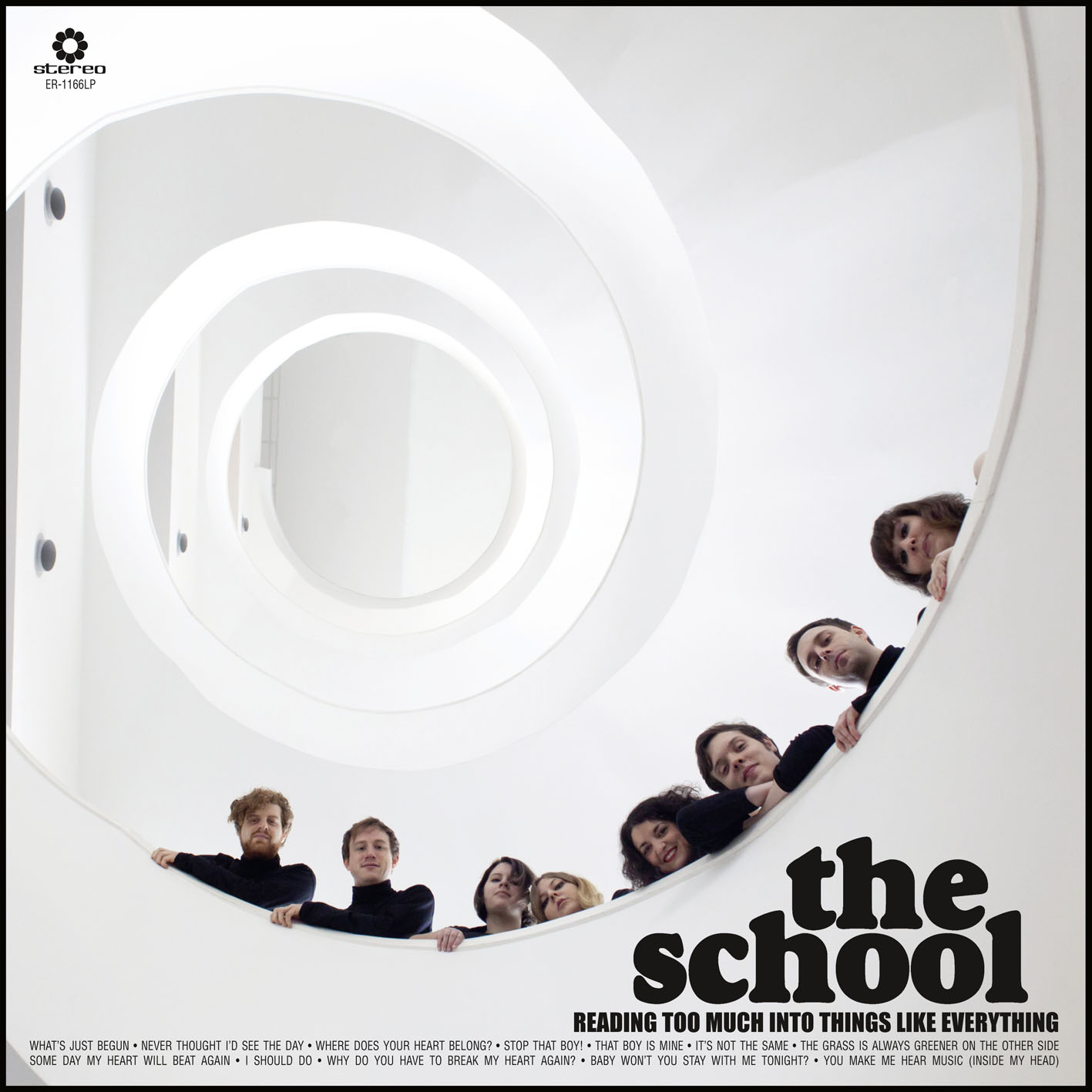 The VPME welcomes aboard a new writer  David Cross-Kane, a scouser exiled in London, who lends his ears to Welsh retro popsters The School’s latest album.

The remarkable thing about Cardiff-based band The School is that they signed to Madrid’s lauded Elefant Records after just four shows, subsequently releasing their 2010 debut Loveless Believer. Spanish listeners might just have stumbled upon something that UK audiences were missing; joyful retro-pop. The School are a band longing to fill the hearts of those who listen with a sense that ‘everything’s going to be alright’.

Fresh off a new wave of pure 60s nostalgia, how do you follow it up? The School continue to deliver their own unique wall of sound with verve and delight in 2012’s Reading Too Much Into Things Like Everything. To be honest, after initially pressing play I almost forgot I was listening – and that is no bad thing. I became lost in my own surroundings. Being lost in thought with a dreamy soundtrack to boot is one of the most enlightening qualities pop music has to offer. This is all too true of ‘Where Does Your Heart Belong’, which takes you out of the present moment completely, with its melodies swathed in a sound reminiscent of sixties starlets The Ronnettes driven by a Bacharach-esque piano. The School make the sun shine in the bleakest of places: There are times when Reading Too Much Into Things Like Everything becomes the soundtrack to any moment in any one of Francois Truffaut’s films. The heartbreaking delivery of Liz Hunt’s lyrics (“you wanted it to be, but it’s not the same for me”) in ‘Its Not The Same’ show you that behind the most seraphic voice lies a siren. The School clearly know what they like and, with equal measure, love what they do. From the ethereal Brian Wilson-tinged opener ‘What’s Just Begun’, to the pounding rhythms of ‘You Make Me Hear Music (Inside My Head)’, The School wear their influences on their sleeves in a time that others deny their roots.

This album plays like Phil Spector was conducting Belle and Sebastian as it twists from the melancholy to dreamy pop like a bullet to the heart. Producer Dave Wrench (British Sea Power, Caribou, Bat For Lashes) deserves a mention for his hand in fabricating something so decidedly rooted in past eras yet propelled forward to create something seriously new and most definitely deserving of the moniker ‘Sublime Pop’.

So, as summer looms we ask the question; will the sun stick around or will the clouds gather? Either way, you can be safe in the knowledge that The School’s Reading Too Much Into Things Like Everything will shine on and evoke the bitter-sweet memories of a time gone but not forgotten.