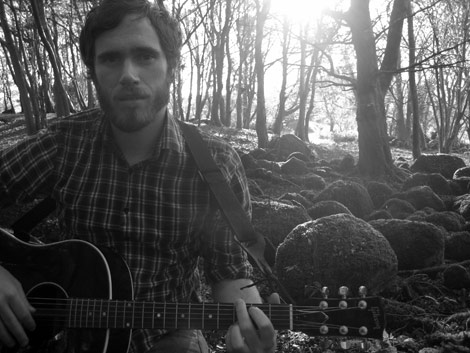 Listening to Irish singer songwriter James Vincent McMorrow’s debut album you wouldn’t think he’d been raised on hardcore punk or found inspiration in the production of hip-hop acts such as The Neptunes and Timbaland.  His atmospheric vocals conjure up the ghost of Jeff Buckley and  today’s ‘Song To Learn And Sing,’ entitled  “This Old Dark Machine” showcases his gentle, airy soulful vocals combined with  dark poetic lyrics.

Like Bon Ivor before him,  James too found solitude good for the soul and retreated to an isolated house by the Irish Sea to focus on making a record. The resulting album “Early In The Morning” is a multi layered, atmospheric master class in gentle, lilting folk tinged ballads centring around ‘“the darker, less spoken about aspects of life, solitude and disillusionment.”    He also has a beard and often looks off wistfully into middle distance as if pondering the imponderable,  as all great poetic singer songwriters are want to do.

Sounds like ? –  The shyer silbing of  Messers Crosby  Stills or Nash singing the works of John Stienbeck.