The final five in our “Pips Tips – 30 Breakthrough Artists for 2013.” Right, we never want to see another list again in our lives ! (Well at least until 20th December when we announce The VPME Awards for 2013) 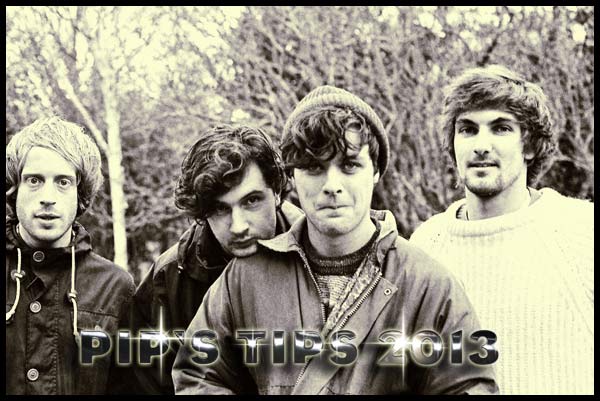 The Shutes are from the Isle of White, ( not to be confused with The Isle Of Man)  and have actually been together for a couple of years now.  Fun fact about the band -apparently they took their name from a long winding path known as ‘the Shute’ which runs down the cliff edge to the shore near their homes ! We are very much for bands naming themselves after local landmarks or perhaps places,  this can act as a mirror to reflect the bands personality and to echo the landscape and environment that helped shape them as people perhaps?   Wasn’t it Emile Zola who said  something along the lines that behaviours are the product of  a persons environment, and of course Emily Brontë, throughout ‘Wuthering Heights’ used the wild, rugged,  untamed environment to mirror the very souls of Catherine and Heathcliffe.  Taking this concept to it’s logical conclusion maybe bands could be “twinned” with places  ? Take That for example would be the perfect fit for this town!

So onto the music, what’s it like? Well, the problem with the internet is this, the very first person who ever wrote anything about The Shutes mentioned “surf rock” maybe only the once, maybe only in passing but now everybody repeats this description as gospel.  The problem for us is we don’t really feel the case for describing The Shutes music as surf rock has been proven beyond reasonable doubt. We just don’t hear it, what we do hear however is great music, and their Echo Of Love EP released in April is their finest work to date. A collection of songs written and recorded when all the elements fell into place, when their musical planets aligned and when their artistic potential scaled new heights , and yea, all the prophecies were fulfilled, and verily black was white, and all the rivers of the world ran with milk and honey and wine, and green were the valleys, and seraphim lauded the Allahim and the Nazarine on high, and death and war and pestilence and famine and hypocrisy and envy and greed were banished for all eternity. In short they became the band that many had tipped them to be. Haunting, beautiful and packing the epic emotional punch of Idlewild circa ‘The Remote Part’  as performed by a falsetto Michale Stipe channelling the spirit of Gordon Lightfoot, The Shutes look set to grab music by the testicles and give them a darn good tickling. 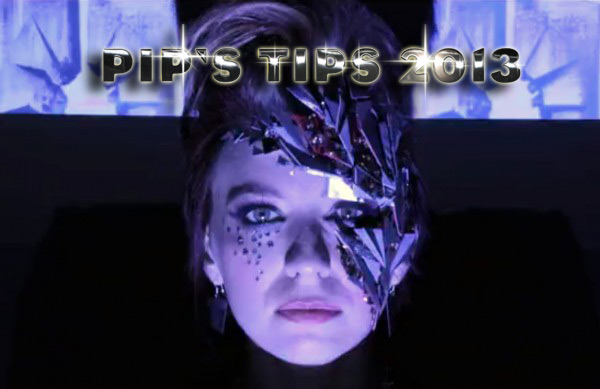 Sylver Tongue is not a new artist per se, but rather a much admired artist in a brand new guise. One who you could say has morphed from Indie poster gal into an erotic take on Bladerunner sound-tracked by Prince and dressed by a mad Max Max obsessed stylist.  Fans of the “artist formerly known as Charlotte Hatherley” may have been surprised to see her rising from the “ashes” of her former self like some kind of beautiful post apocalyptic  Phoenix in the guise of  “Sylver Tongue. ” And in an unusual step she’s turned  Bowie’s concept of killing off the alter ego on it’s head, and gone and killed off Charlotte Hatherley!  In doing so it has afforded Ms. Tongue the freedom to produce theatrical, avant garde electronic pop music that’s very different from much of Ms Hatherley’s previous and always excellent output.  She’s gone on record as stating that she has no plans to revisit  Hatherley’s back catalogue stating she’s now “becoming the artist I’ve wanted to be over the last ten years.”  And the good news is the music is exceptional,  it  appears Sylver Tongue, as a concept is breathing new life into Ms Hatherley creativity. The Queen is dead, long live the Queen ;) 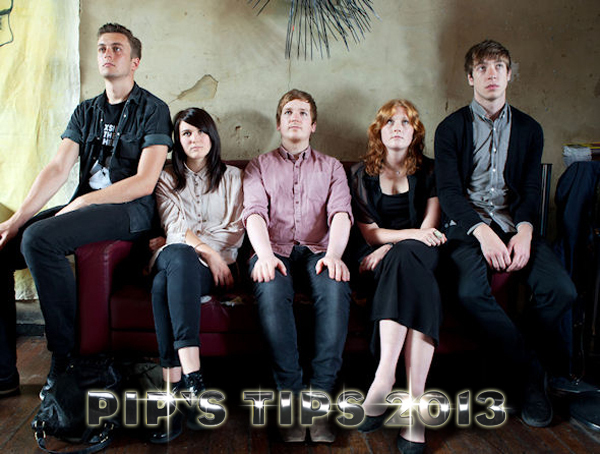 What  makes Deaf Club stand out from their peers? Well you have lead singer Polly Mackey’s cool sonorous vocals which are essentially the melodic glue that holds the bands sound together,  you have the quality of their songs, ( imagine the XX sans the apathetic affected whimpering!) Factor in some dramatic post shoe gaze atmospherics vividly illuminated with flashes of Jac Roberts breathtaking guitar work and you have a band who are tailor made for you to fall in love with. As an added bonus bassist Paul has stopped wearing his twatty little hat too, which of course can only be a good thing.  ;) 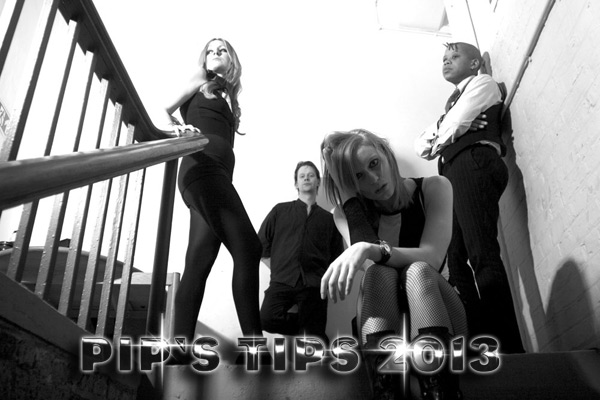 There is a growing school of thought that says traditional guitar music is dead, or at least has had its day and that electronic music is now the most innovative, creative and boundary pushing genre.  Indeed, we can pretty much accept that observation as being an accurate representation of the current scene, especially after having our ears regularly exposed to the incredibly dull the meat and two veg “landfill indie” brigade.  London’s Blindness however have made guitars dangerous and exciting again mixing it up with throbbing electro sleaze and cool alluring vocals. The results are visceral, explosive, loud, sexy and thrilling, as it should be. Let’s hope Blindness, who have garnered rave review for their live performances can build a head of steam after the release of the excellent ‘Glamourama’ and push on to another level in 2013. 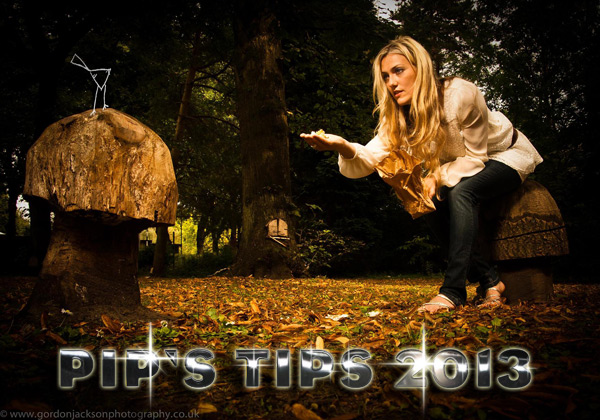 When we were introduced to Little Sparrow by a nice chap from Manchester what impressed us most initially, was the crystalline quality of the vocals, as clear and true as the peel of church bells ringing out  on a frosty winters morn. Add to that songs of  beautiful, poignant, heartfelt honesty which are totally engaging and emotionally immersive and you have all the ingredients to  move even the stoniest of hearts.  There are many excellent acoustic artists currently performing on the live circuit but there aren’t that many who can literally stop you in your tracks,  reach into your soul and stir the emotions in the way Little Sparrow is able to do. You don’t always need to sound like the Sex Pistols to prove ‘You mean it, maaan!’ ;) y’know?