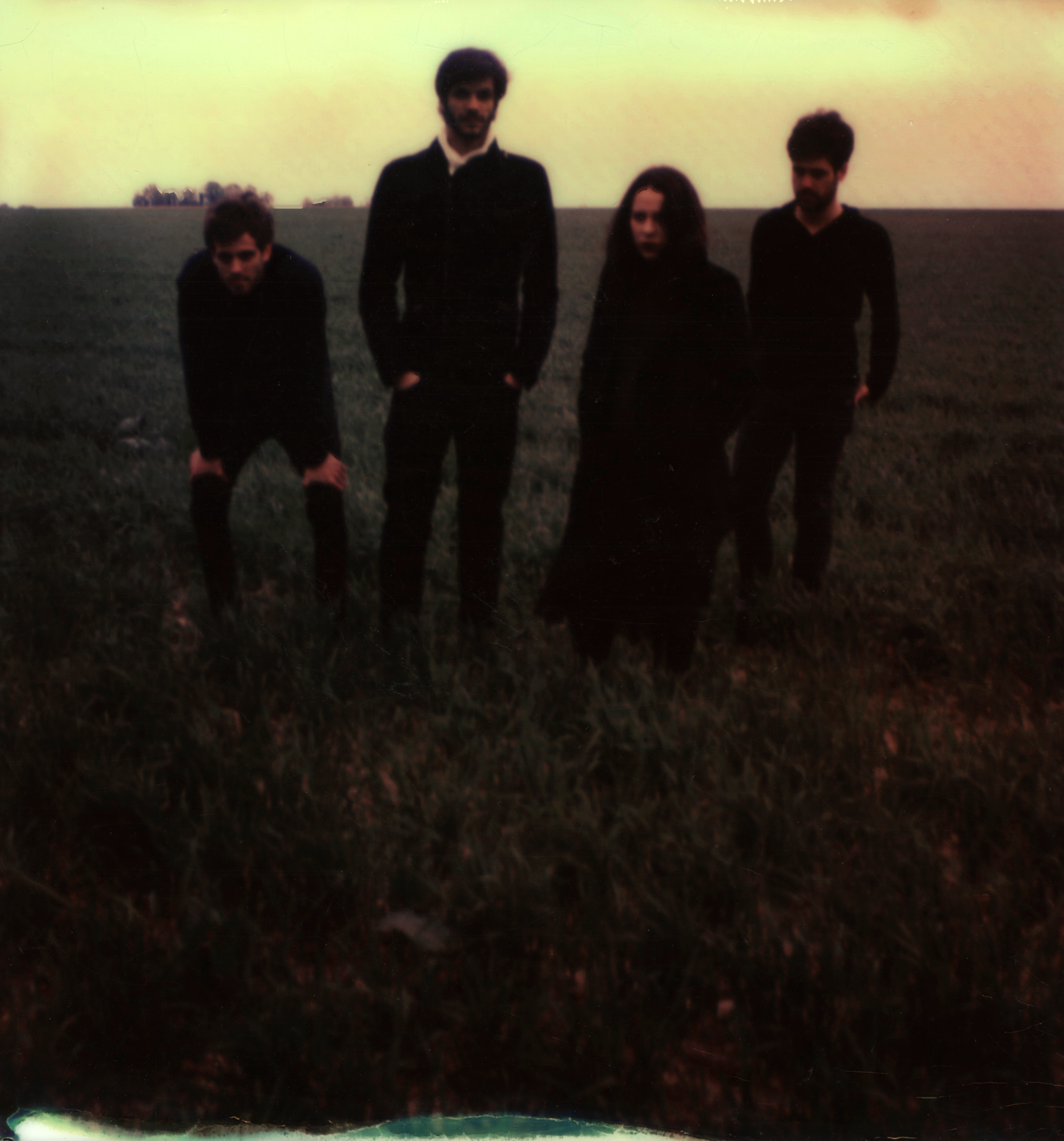 Those stylish ladies from PINS know the score, not content with releasing a fabulous début album, or playing blisteringly good live shows, they also run their own label Haus of Pins.  As you might expect, they and can certainly spot a decent tune and indeed band.  Their latest release features French post-punk four-piece Cheri Cheri Jaguars debt single “Jaguar” (backed by the equally impressive ‘Ice’) and it’s right up our musical boulevard.  Cheri Cheri Jaguar fashion a compelling, nerve shredding  crepuscular world of tenebrous pop noir, which is edgy, unsettling and slightly unhinged (as most of the best music is.) Singer Sacha’s sensual, strident vocals drive both songs forward illuminated by swirling guitars and synths against a backdrop of thundering bass and ferocious drums.

The band, founded in December 2012 and comprising of Sacha (Vocals, Synth), Arthur (Guitar), Malik (Drums) and Alex (Bass, Synth) describe themselves as being “inspired by darkness, unknown landscapes and creatures under the bed”

Inspired by the first Haus of PINS release (PINS’ self-released Shoot You/Eleventh Hour E.P), Cheri Cheri Jaguar are releasing their single ‘Jaguar’ on both cassette and CD.  ‘Jaguar’ and ‘Ice’ will appear on both formats, but bonus track ‘Melatonine’ will only appear on the cassette, and ‘Devilfish’ will only appear on the CD.  As the bonus tracks are exclusive to the different formats, neither will be available for digital download.

Cheri Cheri Jaguar are also supporting PINS at their forthcoming Paris show at Point Éphémère on Friday 25th October to celebrate the release.

And Haus of PINS, who posses more creativity in their little fingers than our less than illustrious Government ever will have collaborated with Cheri Cheri Jaguar, to produce the artwork resulting in a hand crafted, glow in the dark sleeve design, with purple cassette and CDs.