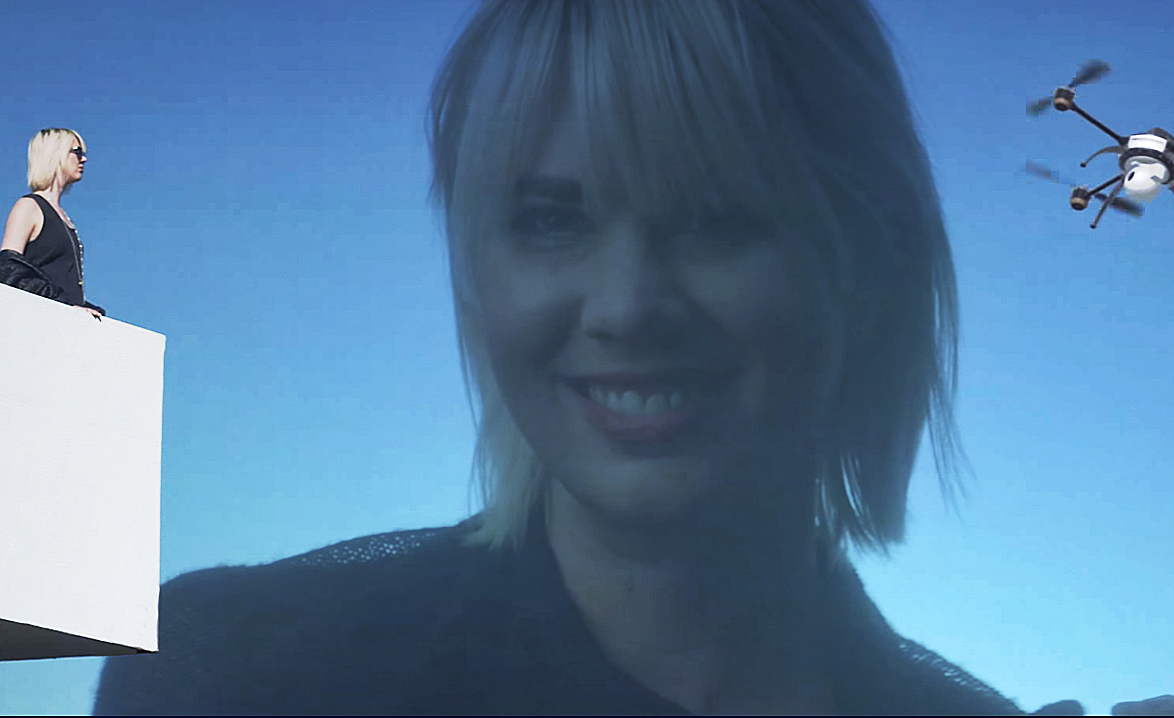 Our favourite track from one of our favourite albums of 2014 is given the big screen treatment, and as you might expect it explores many of the themes featured within the song. EMA of course isn’t the sort of artist whose very likely to chuck a ‘LOL Cats’ montage at her music (her Tumblr inspired ‘So Blonde’ video was possibly as near as we’ll get to that with its wry use of zeitgeisty internet imagery.) And her latest video for ‘3Jane’ is beautifully realised with a distinct narrative which manages to be striking, sinister, and multilayered whilst touching on a certain type of longing emptiness that seems to flourish when technology and humanity come together.

‘3Jane’ takes its inspiration from the character Lady 3Jane Marie-France Tessier-Ashpool the third in the series of Jane clones who feature in William Gibson‘s cyberpunk novel ‘Necromancer.’ And the video does indeed deal with clones, drones, artificial intelligence, and surveillance, whilst raising a number of questions. Questions such as – is surveillance there to protect us or to enslave us, is the robotic character in the video who looks a little like EMA a threat or an ally? And perhaps more importantly, how will we explain to future generations that despite possessing – in the very palm of our hands, incredible devices that act as conduit allowing us unprecedented access to all the knowledge acquired throughout man and womankind’s very existence, we use them exclusively to share hilarious pictures of cats and pick fights with complete strangers.

Nevertheless, and joking aside whatever the state of affairs is with regard to our relationship with technology the unassailable fact remains that this is a wonderful song of depth and beauty and a deeply personal one from an artist who seems to get better and better as she evolves.

If ‘The Future’s Void’ doesn’t feature heavily on everybody’s album of the year list then we’re afraid we’ll be knocking on doors with a coupla’ hard, pipe-hittin’ scousers, who’ll go to work with a pair of pliers and a blow torch. Reasonable? We think so ;)