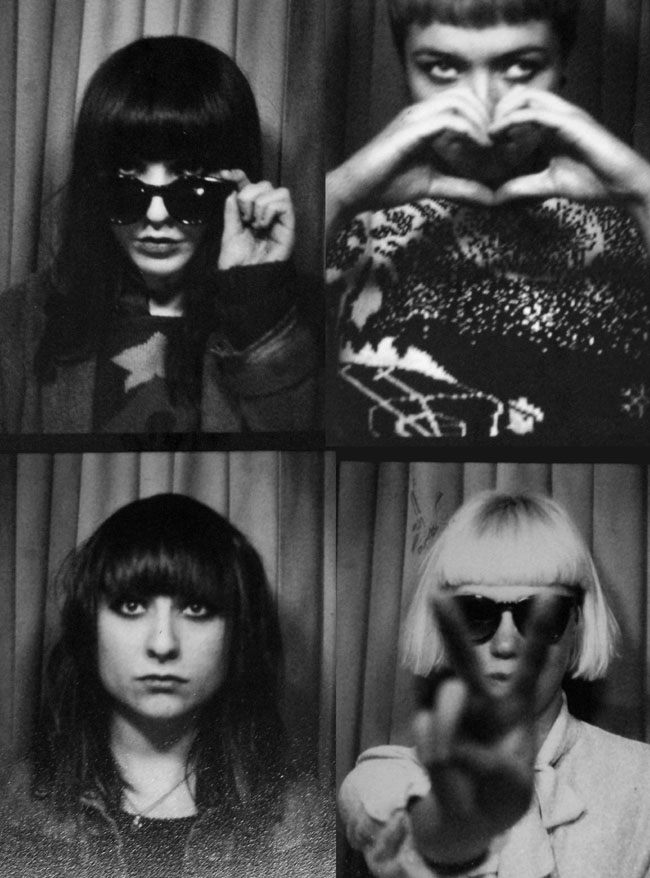 It really has been an extraordinary year for emerging artists from Manchester, the sheer diversity, and depth of talent have marked it out (again!) as one of the most exciting musical cities in the UK.  For us PINS have been the pick of the bunch after making quite remarkable  progress this year.  To put it in context,  2011 ended with the band  having barely enough material for a 25 minute set whilst 2012 finishes with them having an EP released via Bella Union whilst amassing  a collection of songs that showcase the huge talent and potential these girls have.  They’ve been touted as one of the best new bands to emerge during 2012 by many blogs including us and one hopes 2013 will see their star steadily rise.  Our crystal balls predict an NME front cover, prior to an appearance on Jools Holland before jetting off to  conquer America.  That is of course if there is any justice.

It seems PINS can turn their hand to just about anything; they’ve even managed to write and record a fantastic Christmas song after nipping in to their rehearsal studio over the weekend.  And it already sounds like a cult festive classic that will be booming around Von Pip Towers, as we grab some mistletoe and chase hapless females over hill and dale in scenes not dissimilar to an old Benny Hill episode.

If you have not caught these ladies live yet, fear not!  For you have one last chance to catch them this year as they have a special Christmas show planned in their home town on the 21st December (just days before our birthday) at Fuhrer Bunker in Manchester alongside Female Band and King Dj.