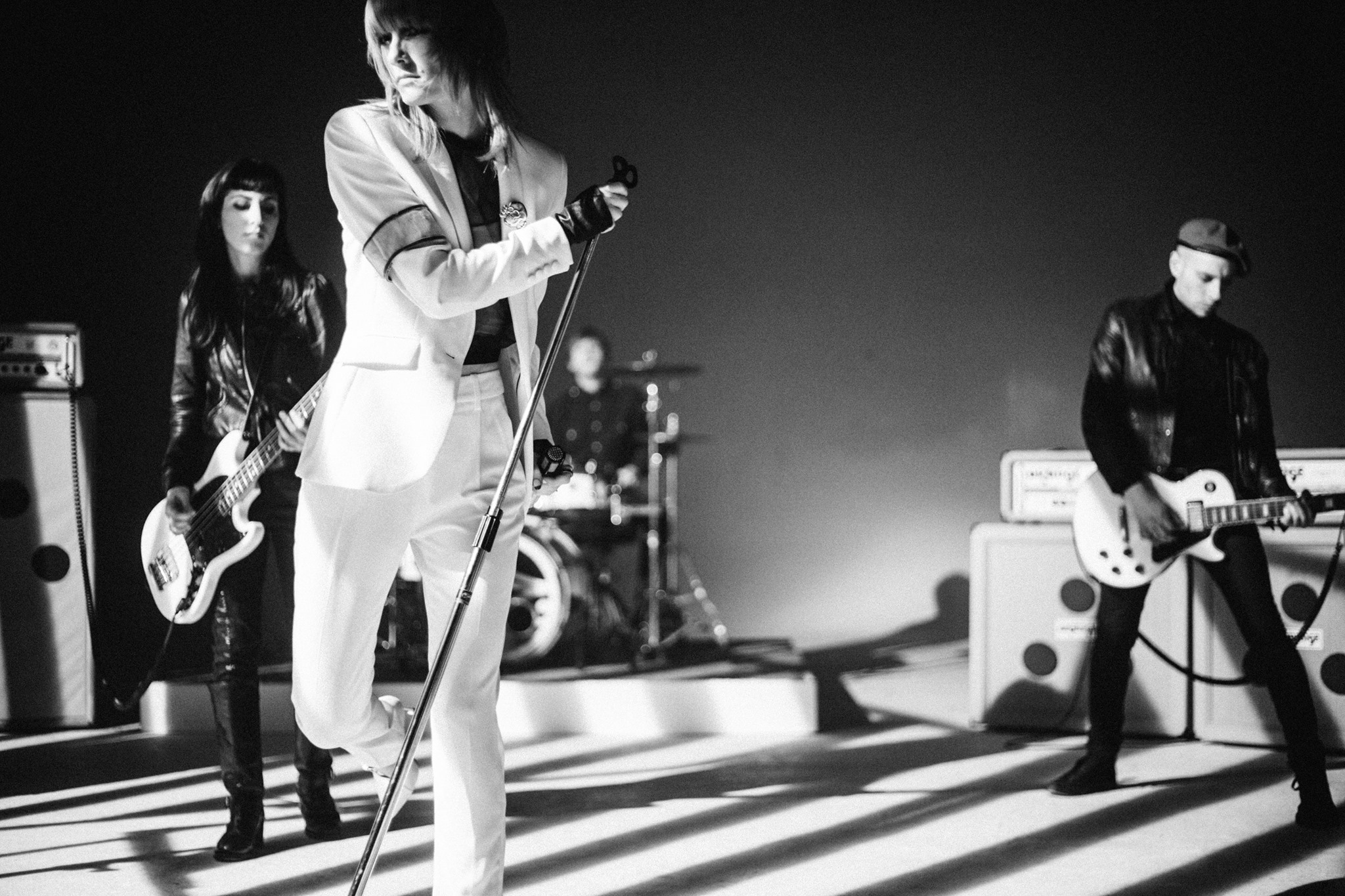 We’ve already featured ‘Live On Hunger’ as our track of the day a few months back. We described it as “a beguiling maelstrom of sensual, decadent carnal art pop embellished with swirling serrated guitars, pulsating electronic flourishes which affords an intriguing glimpse into what treasures may lie in store when their much-anticipated second album is finally released.” We can’t really add to that other than to say the video is as sexy and sinister as you’d expect from Dark Horses a band who you never quite know if they are going to seduce you or strike you with their riding crop.

‘Live on Hunger’ is out now with their second album ‘Hail Lucid State’ to follow via the Last Gang Records. The band are also accompanying The Dandy Warhols on the following dates.

Which leads on to this conundrum – we’ve always quite liked the Dandy Warhols, but times are hard, money is indeed as Manchester’s own toulse-headed Socrates, Mick Hucknall once insightfully squeaked  “too tight to mention” …   so what would happen if you just fancied popping along just to see the opening band ?

Me: “I only want to see the opening band, can I pay half price?”

Me: “But if I bought half a cake or half a pint I surely wouldn’t have to pay for a full one would I?”

Doorman: “Probably not pal, unless of course said cake came as a whole sealed unit, as does this gig… thems the rules. In addition, we have no way of knowing if you’d vacate the venue after the support band. Besides you have VERY shifty eyes, a Scouse accent and furthermore I don’t trust blokes who order half pints”