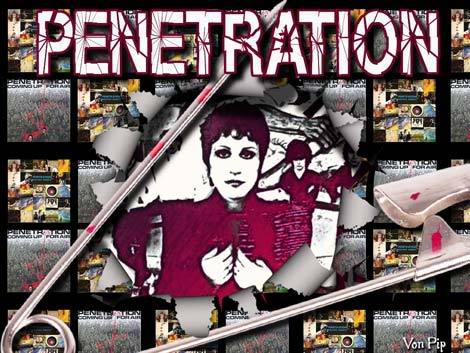 “I’m always aware that people see a girl singer as an obvious attraction . It’s up to me to show it isn’t like that…I don’t think I flaunt myself for instance”- Pauline Muray, 1978.

“They brought to Punk something nobody else had managed or dared to attempt: Compassion…they brought a naked emotion and undeniably trustworthy fury. In refusing to adhere to a strict, severe musical policy, striving for the expansion of their ideals…they came up with the most advanced debut album to come out of the initial punk period”– Mick Mercer.

Sadly I missed out on first onslaught of punk, so in the early 80’s when Punk was sliding into the insidious fascistic morass that was “Oi” and many other bands appeared to have lost their way via the fancy dress shop finally emerging as pirates, french clowns, foppish matadors and “dandy” highwaymen. I was excitedly rediscovering classic punk albums with an almost religious fervour. I’d never heard anything like it !! Before Punk I was vaguely aware of flaccid prog rock , with millionaire rock stars dressed in satin capes playing 45 minute keyboard “centrepieces.” As a child I remember thinking this was, well, a bit rubbish really, (I was apparently quite partial to a bit of Chic/Nile Rodgers though) but it was only when I heard Punk that my love of music really kicked off. Maybe because I felt I could relate to the people producing it , maybe because it seemed more relevant than a 6 hour space opera about an alien horse man from Shambalala or endless pompous concept album about Arthurian legends. These po-faced “Rock Operas” and “concept albums” were the sort of bloated egotistical baloney that made Punk such a breath of fresh air and cleansed the festering musical sinusitis that had been blocking the nose of pop for far too long. It was refreshing to know you didn’t have to be classically trained, talk drivel about Zen or be best mates with Maharishi Mahesh Yogi to make a record. As Rick Wakeman said “ People forget just how seismic Punk actually was , it meant musicians like me were out of work practically overnight.” Getting rid of ELP /Genesis/ Rick Wakeman and the like is certainly a feather in Punks mowhawk, but one of the most fascinating things about the whole movement was the fact that , a genre that is retrospectively viewed as aggressive, laddish and confrontational , actually produced more female musicians/Singers than any other musical genre . Fact.

One band I adored were from Newcastle and called Penetration, they were fronted by the enigmatic Pauline Murray, whose crystal clear vocals were like a peel of bells. Pauline was by all accounts, a quiet, softly spoken lass off stage but on stage she became a punk warrior princess , whose heavily made up eyes were full of passion and menace and who hurled her self around the stage in a quite frightening fashion. I for one was enraptured, in fact I resolved to marry Pauline, but regrettably, I realised with a heavy heart, that my youth would make this impossible unless we moved to Little Rock, Arkansas . Another problem was by the time I’d become a huge fan, Penetration had already split, tragically after only two albums!! Oh but what albums “Moving Targets” has to be one of my favourite albums of all time , whilst the more expansive sound on the Steve Lilywhite produced “Coming Up For Air” isn’t too far behind . Whenever I hear songs like “Life’s A Gamble” “Don’t Dictate”“Danger Signs”“Come Into The Open” and the best Buzzcocks cover ever “Nostalgia” I still get the sense of excitement that Punk generated, an adrenaline rush full of possibilities when anything seemed likely. (Alas like everything else, eventually big business took over and marketed a watered down punk pastiche, which had, in its original conception burned so brightly and given the pop world a rocket up the backside) .

Every musical genre has its fair share of snobbery and punk was no different, there where scenesters within the punk sphere who didn’t consider Penetration “punk” enough (long haired guitarist Fred Purser later joined the Tygers of Pan Tang ) Maybe one of the problems with Penetration was the fact that they were actually rather too proficient musically, that their sound was too polished, and the fact that Pauline could clearly sing. After Penetration split, Pauline continued to work with bassist Robert Balmire and the fruits of their labours produced the classic “Pauline Murray And The Invisible Girls.” An album so far ahead of its time in terms of sound and production (from Joy Divisions legendary producer Martin Hannett) that it appeared to languish in a sort of post-punk limbo.  Some old fans found it “too pop”, whilst new fans didn’t quite know what to make of this dark, brooding “Electro pop.”   This album clearly demonstrated what the 1980’s could have been, this was the sort of electronic music, with a menacing pop underbelly that should have ruled the airwaves in the early 80’s. Criminally the album sunk and we got “Einstein-A-“Bloody”-Go-Go” instead, it does however, remain a lost pop classic. After the albums release Pauline really did appear to have become an “Invisible Girl” and disappeared completely but in 1990 released material under the name Pauline Murray and The Storm. She would pop up again sporadically over the next decade (which in the days before the internet was impossible to track) until in 2003 Penetration reformed. We caught up with a very busy Pauline down and asked her some not too penetrating questions

VP: How did the idea for Penetration initially come together?

PAULINE: It was just four teenagers who got together purely to play music for fun. There was no great master plan.

VP: What are your happiest memories or your time in the band in the early days?

PAULINE : The happiest times were definatley when we were playing the music – those were really exiting times.

VP: And what’s the weirdest thing that happened to you during the Punk revolution?

PAULINE :Giving Sid and Nancy a lift in our van. Sid smashing bottles on the road at Marble Arch and gobbing on the roof of the van. Another maybe, could be a man who was brandishing a gun at a bar in Chicago!

VP: What are your favorite Penetration songs and why?

PAULINE : I always  liked “Come Into The Open” I haven’t got a reason I just like it. I like them all really. They all have their quirks

“Come Into The Open” By Penetration

VP: After releasing “Coming Up For Air, ” and 3 years after forming you called it a day. What were the reasons for that?

PAULINE : There was a lot of pressure and it was no fun anymore. We were also very, very tired from constant touring. (Quotes arond the time – “I never wanted to be in Penetration and to be worrying all the time. I wanted it to be fun, not to be always thinking of hit singles and cracking America and writing for the next LP.Why am I doing this ?..Why am I miserable ? ..What’s the point ?..it brings it down to the level of having a job.” )

VP : You then “became” Pauline Murray and The Invisible Girls with Robert , released a classic debut album and worked with various people  including  producer Martian Hannet, Vini Reilly, Wayne Hussey New Order’s  Bernard Sumner and John Maher From The Buzzcocks. This music was totally different from Penetration’s. Was this a case of you wanting to do something completely different after 3 years at the forefront of punk?

PAULINE : The songs were written as normal, not intending to be any different but the Invisible Girls set up was very much a studio project with a different style of musician, more keyboard than guitar based.

VP: You disappeared then turned up in 1989 with Pauline Murray and The Storm. Then disappeared again. What did you get up to in the years away from music?

PAULINE: After the Invisible Girls I got very depressed and walked out of music and had to deal with many personal life changes. I eventually started to write songs again and play live which lead to the Storm album. In 1990 I set up Polestar Rehearsal and Recording studios in Newcastle, and it’s still going strong today!

VP: After 23 years in 2000 Penetration came back. How did that come about?

PAULINE: Various members of the band contacted me in the same week from out of the blue. I always said I would never reform the band but it just wouldn’t go away so I thought OK! Let’s  give it a try!

PAULINE : I listen to old stuff like Curtis Mayfield, Love and I have even listened to a bit of Cockney Rebel recently. I do hear the new stuff but nothing really particularly hits the spot.

VP: Any advice to young musicians starting out in the bizz?

PAULINE: Make music for the love, not for the money. Cause there is none!

Download an interview with Pauline and Robert from 1979 on Radio Newcastle about the split. As with many bands past and present it appears touring America was the begining of the end (Interview -Right click, save as)

“Dream Sequence I” By Pauline Murray And The Invisible Girls

“Lovers Of Outrage” By Penetration

“Mr X” By Pauline Murray And The Invisible Girls

3 thoughts on “Coming Up For Air- Pauline Murray Interview”