The end of the year is almost nigh which can mean only one thing!  Yes, it’s nearly time for the perennial avalanche of lists; Long lists, shortlists, lists about lists, more lists than you can list without feeling listless.  It’s a time when media types and music fans alike produce comprehensive catalogues of things they’ve liked, things they’ve hated “best ofs” “ones to watch” and of course sexiest bloggers of the year (*coughs*).  If you’re not a fan of such near fanatical, borderline autistic spectrum style indexing then walk away now, unplug yourself from the matrix and we’ll doubtless catch you later because we’re about to join in the fun!  Over the next few weeks we will list (in no particular order) the 30 new artists we’d love to see do well in 2013.

We’ve called them “tips,” purely because “Pips Tips” slips off the tongue rather nicely (steady) and has a slight Finbarr Saunders ring to it (oo-er) we’ve never really been comfortable with the concept of “tips.”  It seems almost like a calling card for future ‘bragging rights’ or a small yappy music loving dog marking its territory whilst enthusiastically wagging its tail.  Indeed some folk contrive to portray themselves as the blogosphere’s answer to  Nostradamus by simply following the money, regardless as to whether they like the artist or not!  Alas, such a superficial approach may still not help you unearth “the next big thing.”  As ever “breaking through” still involves an alignment of many things, persistence, belief, luck, contacts, timing and sadly not always a great deal of talent.  And so our “tips” aren’t actually tips in the sense that we hope these acts go mainstream,(whatever that means) more a burning desire that they expand their fan base to a level that enables them to continue doing what they do.  But, being , as we are, slightly naive idealists, we also hope they  progress and develop in a way that doesn’t necessitate them selling their very souls and ditching their artistic dreams at the behest of those whom Martin Rossiter recently delightfully described as “Deviants- Moral vacuums in mid-priced suits.” After all the hit single is so often the gilded tomb of a mediocre talent.  ;)

Anyway, over the next couple of weeks, we’ll be listing the artists we love and who in our opinion deserve to reach a wider audience in the coming year.  Therefore, after a longer than anticipated preamble we’ll put a sock in it and kick things off with the first five as we present “Pips Tips 2013” 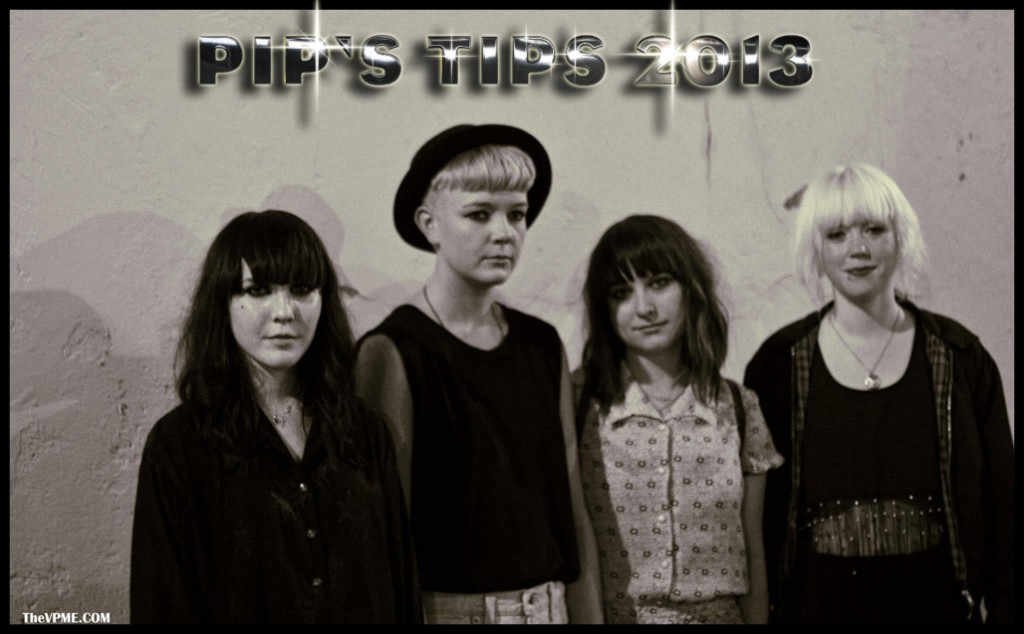 Well we’ve hardly hid our admiration for PINS dark visceral oeuvre this year, but there’s no denying they have something very special indeed going on in their subterranean Manchester hideaway!  They don’t seem particularly constrained by any particular genre, sure they may wear shades and give off ascertain air of insouciance, but they can switch from girls in the garage speedball thrash to subtlety sinister, intense spooky Siouxsie meets Patti Smith in a heartbeat.  2013 should see them develop their sound even more, and if they continue to make the same progress as they have in 2012 there’s no telling where they may end up! 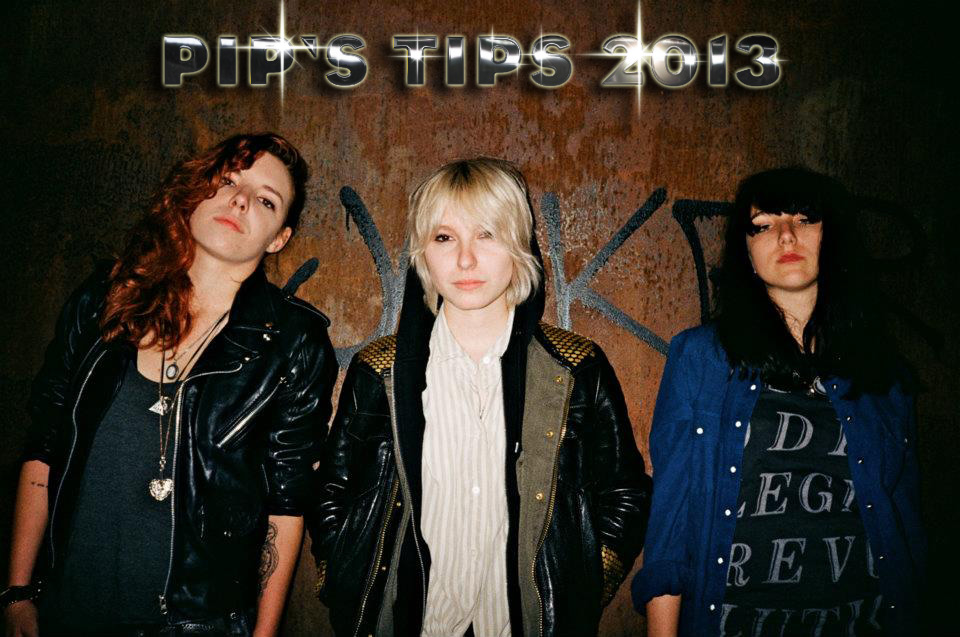 Cowell’s leathery, pestilent, foul withered gonads may have ‘tea-bagged’ popular culture, and gently guided it done a ‘Syco’ approved musical cul-de-sac where self-expression is discouraged and where innovation is frowned upon.  Nevertheless, there is hope.  Swiss trio Franca and sisters Sara and Sophie for example are having none of Cowell’s soul shrivelling nonsense.  Despite growing up on a musical diet of implausibly good looking, but vile sounding boy bands they soon discovered music of substance by way of the likes of BB King, Janis Joplin, and The Ramones.  This musical coming of age resulted in the formation of the fabulous Velvet Two Stripes and before you could say “Könne Sie Schweizerdeutsch reede” they’d written some of the coolest, sleaziest down, and dirty tunes you’re likely to hear.  They also boast a guitarist who at times appears to have the god given ability to bend and twist incredible musical shapes from her guitar ala Hendrix and Page.  Incredible stuff!  They have yet officially release anything in the UK, but 2013 should see them drop an EP and hopefully a début album. 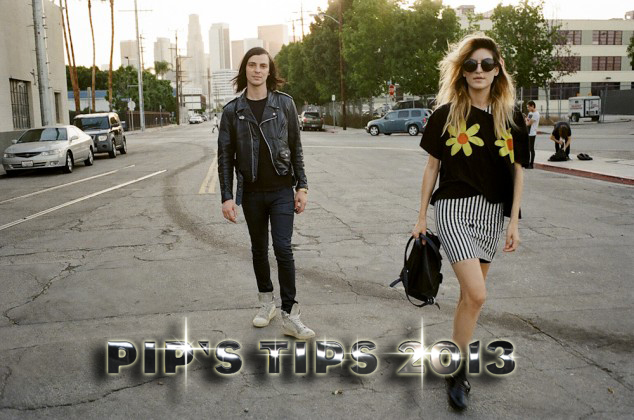 If Ioanna Gika and Leopold Ross had sat down and said “Here’s the plan, let’s form the perfect band, one which the oddly named Von Pip Musical Express blog over in the UK will fall in love with” IO Echo would have been the result.  We’ve already said their music has induced within us a sense of euphoria boarding on a sexual climax making us want to dance on stars and sunbeams.  It’s certainly a potent mix, blending gauzy shoegazey textures with towering melodies, throbbing industrial electronica, and a hint of eastern mystery.  They are currently putting the final touches to their debut album, which we hope builds on the more than promising foundations laid in2012. 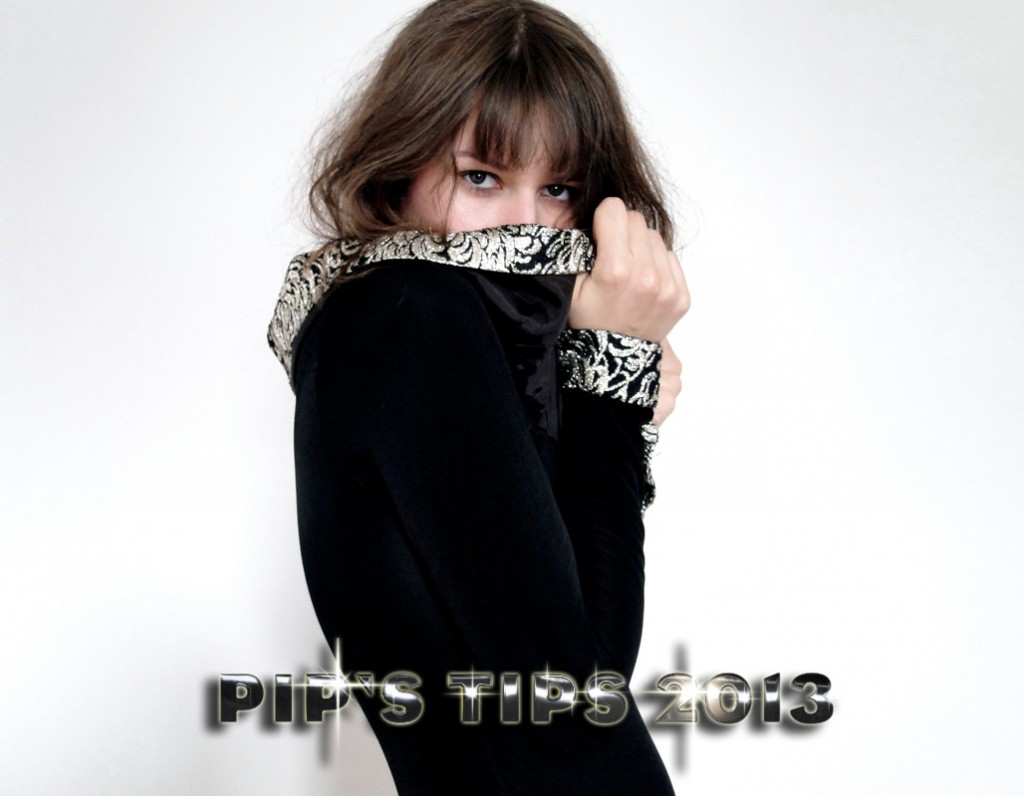 Take a dash of the theatrical drama of Kate Bush, Bjork sans the “bollocks du jour” and the annoying Smurf mysticism  and mix it with a more restrained, sonorous Florence, add some Berlin glam noir and what do you get?  Well you get the musical and emotional tour de force known as I Am Harlequin.  East Berlin born Anne Frier produces a compelling synthesis of  Baroque chamber pop, choral harmonies, Gothic theatrical flourishes all sprinkled with a light dusting of minimalist electronica and by jingo it’s all rather wonderful.  She has also cured us of our irrational fear of Harlequins.  It’s a win win! 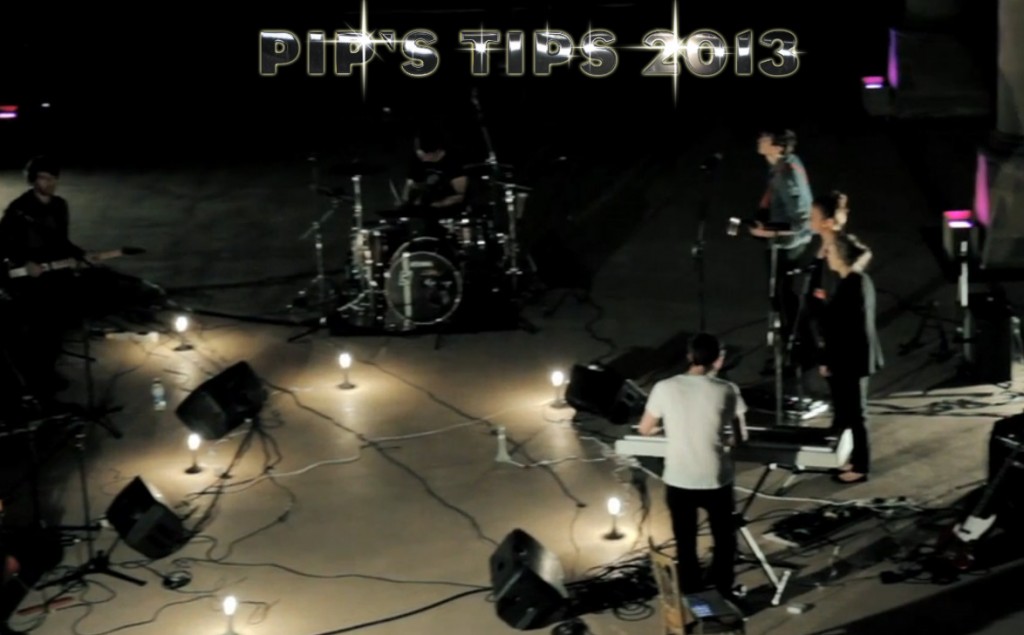 “By eck cock! There’s be summit goein dahn mu’sicarlly in’t Maanchastharrr”” Which is Mancunian speak for “By Jove my fine fellow there seems to something inordinately interesting occurring on the music scene in the good city of Manchester and it’s environs!”  Indeed, there is because EMBERS are yet another band to emerge from this great city in 2012.  They play music that is so dark, so brooding, of such portentous import and intensity it feels almost like a tangible force.  It’s a sound rammed full of widescreen cinematic, empire levelling drama, but there’s something within that darkness that reaches out and grabs your soul.  Observe if you will, their latest offering, captured via the medium of video recorded in Gorton Monastery.  Huge.

Our remaining  Tips can be found below 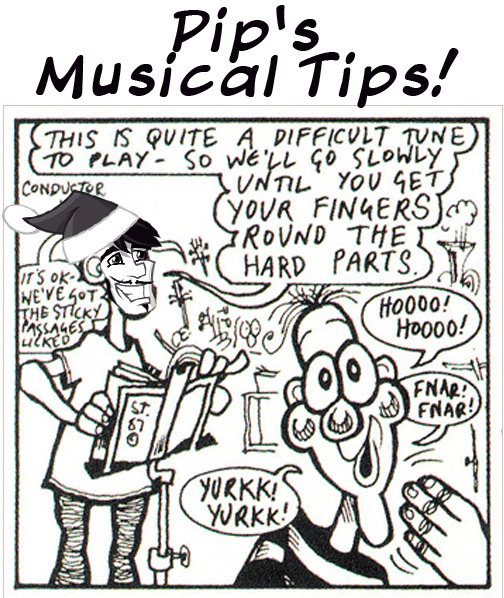